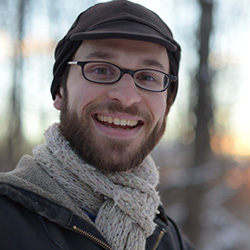 (see biographies for all instructors and guests at end of page)

Overview: This course was given for the first time in 2014 and offered training in the concepts, strategies, and skills frequently employed in the professional careers of organizers and advocates for social change. For the purpose of this course, social change is be defined as the act of changing power structures in society and/or the outcomes of those power structures in order to reduce and eliminate exploitation, human suffering, and denial of human rights. Through this frame, students explore in-depth case studies of social change efforts, co-instructed by Bates alumni who have held leadership roles in those efforts.

The course is facilitated by lead instructor Craig Saddlemire and consists of case studies taught by alumni practitioners who specialize in social change work. The co-instructors lead 3-day in-depth case studies, provide input on the curriculum for the course as a whole, and also participate in the evaluation of students’ final projects. Guest speakers provide one-day case studies, with the lead instructor connecting these briefer visits to the broader frame of concepts, strategies and skills highlighted in the course. The lead instructor, co-instructors and guest speakers have held positions in social change organizations and initiatives at the local, state and national level addressing poverty, LGBTQ rights, voting rights, immigration, urban redevelopment, housing, racial justice, labor, gender equity, women’s health, solidarity economics, and environmental justice. Specific case studies are organized under broader weekly topics listed in the preliminary schedule later in this overview. 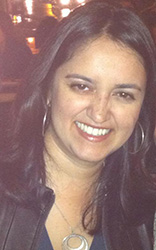 Across these conceptually-clustered case studies, strategies and skills discussed include:

All of these strategies and skills are considered in the context of social change advocacy and organizing careers, but are also be explored in relation to informed civic action as a practice relevant to Bates graduates regardless of the specific fields in which they are employed.

Craig Saddlemire (’05) is a former City Councilor for Ward 5 in Lewiston, board member of The Visible Community, committee member of the Neighborhood Housing League, co-founder of the Spoke Folks Community Bicycle Program, and co-founder of the Faire Bande a Part Housing Cooperative. Since 2004, he has been deeply involved in community organizing and municipal politics in Lewiston, with a focus on housing, transportation, and urban redevelopment. In addition to his participation as an organizer and policymaker, Craig has also documented grassroots activism across the State of Maine through many paid and volunteer video projects. These videos have covered such issues as citizen lobbying in Augusta, federal healthcare reform, racial justice on college campuses, urban renewal, immigration, anti-war activism, homelessness, and LGBTQ rights. Craig has not only documented community organizing efforts with his video camera, he also regularly applies the principles of organizing to the way in which he produces community-based cinema. He graduated from Bates with a B.A. in psychology and a B.A. in film studies and will graduate from Vermont College of Fine Arts (February, 2014) with an M.F.A. in visual art.

Sarah Standiford (’97) is Regional Field Manager with Planned Parenthood Federation of America and Planned Parenthood Action Fund, where she assists the organizing, communications, policy, and political programs of Planned Parenthood affiliates and advocacy organizations throughout New England and the Mid-Atlantic. She also lends tactical support and management to national and statewide electoral campaigns and legislative initiatives. From 2003-2011, Standiford served as Executive Director of the Maine Women’s Lobby and the Maine Women’s Policy Center, organizations that promote policies to improve the lives of women and girls. She served on several commissions and held legislative and gubernatorial appointments in the areas of workforce development, economic security, and opportunity for women. Previously, she was Community Organizing Manager for Planned Parenthood of Northern New England. A graduate of Bates College, Sarah lives in South Portland, Maine with husband, Jeff Fetterer.

Aditi Vaidya (’00) is a Program Officer with the Solidago Foundation and See Forward Fund, a national progressive social justice foundation and social justice fund respectively, where she manages the Economic Justice Program and related portfolios. She brings a wide range of experiences to her work including public policy management, public health, grassroots organizing, workforce and worker rights campaign advocacy, and coalition building around economic and environmental justice issues. Prior to her position at Solidago, Aditi worked with the East Bay Alliance for a Sustainable Economy (EBASE) and Change to Win labor federation, where she served as Campaign and Coalition Director for the Oakland Coalition for Clean and Safe Ports, a coalition of over 80 public health, environmental justice, labor, faith and community organizations promoting sustainable community economic development at the Port of Oakland.

Aditi has previously worked at the Silicon Valley Toxics Coalition, the Jenifer Altman Foundation, the Southwest Network for Environmental and Economic Justice and the League of Conservation Voters Education Fund. Her current non-profit and philanthropic Board and leadership experiences include being a Board member of Grantmakers Concerned with Immigrants and Refugees (GCIR), National Asian Pacific American Women’s Forum (NAPAWF), Worksafe, Asian Pacific Environmental Network Action, and a member of the Advisory Boards of CorpWatch and the Story of Stuff. She currently serves on the Coordinating Committee of the Working Group on Labor and Community Partnerships of Neighborhood Funders Group. Aditi has a master’s in public health from Emory University and bachelor of science degree from Bates College.

Kate Brennan (’01) is an educator, organizer and activist with 13 years of social change experience. Kate started as a student activist with the New World Coalition at Bates where she learned to organize first on environmental justice and anti-corporate globalization campaigns. Over the past decade her focus has shifted to racial and economic justice efforts, specifically tenants’ and immigrants’ rights. Kate grew up in an upper-middle class white family of nine in Rhode Island. It was four months in China, a year in East and Southern Africa, and interactions with activists in the global south that had the biggest impact on Kate’s understandings of power and oppression. Reading Walter Rodney’s “How Europe Underdeveloped Africa” at Bates also may have had something to do with it. Kate currently teaches Beginning Literacy and ESOL classes at the Lewiston Adult Learning Center. She works with learners who hail from Somalia, Eritrea, Ethiopia, Djibouti, Burundi, South Sudan, and Angola. Kate lives with her college sweetheart, two small people, one cat and 25 chickens on a farm in Greene, Maine.

Ben Chin (’07) is the political director of Maine People’s Alliance. He helped lead the Fair Share Now campaign that resulted in Maine’s first revenue increases to stave off cuts to education and poor people in over a decade. In 2012, he co-managed the Committee to Rebuild Maine’s Middle Class PAC that knocked and dialed over 150,000 people and is widely credited as a decisive factor in progressives taking control of the state legislature. In 2011, he was the field director for Protect Maine Votes that collected 70,000 signatures in 23 days to protect same day voter registration by ballot initiative. Prior to that, he was an immigrant rights organizer for three years. He lives in Lewiston.

Ryan Conrad (’05) is an activist, artist, and academic who splits his time between central Maine and Montréal. He is the co-founder of the radical queer digital archives Against Equality and continues his involvement in the project as a member of the editorial collective. He has lectured on the limits of the equality framework in social justice work at over 40 universities and community spaces since 2009. He is the editor of four anthologies on sexuality, social justice, and the queer political imagination and the author of numerous book chapters, journal and magazine articles. Additionally, his work as a visual and performing artist has exhibited internationally in Europe, Asia, and across the United States and Canada. Conrad is currently part-time faculty at the Mel Hoppenheim School of Cinema at Concordia University in Montréal where he is also finishing his sexuality studies Ph.D. He also holds an M.F.A. from the Maine College of Art.

Amy Halsted (’00) graduated from Bates with a degree in economics. After a year directing a door-to-door canvass on a variety of progressive issues with the Public Interest Research Group (PIRG), Amy joined the staff at Maine People’s Alliance in 2001, first as a canvass director, then as a community organizer (2001-2004), then as communications and development director (2005-2010), and she now serves as MPA’s associate director. Her tenure with MPA has coincided with dramatic increases in the organization’s growth (both in terms of budget & staff size and scope of issue campaigns). She oversees the organization’s grassroots, major donor and foundation fundraising programs, which together raise hundreds of thousands of dollars for MPA’s progressive social change efforts each year.

Ethan Miller (’00) has worked for the past 15 years on an array of economic organizing, research and popular education projects, all centered around a concern for cultivating democratic, equitable and ecological modes of collective livelihood. On the organizing side, Ethan was a co-founder of the U.S. Solidarity Economy Network (www.ussen.org), has been a long-time member of the Grassroots Economic Organizing media collective (www.geo.coop), and is a co-creator and continuing board member of the Data Commons Cooperative, a national data-sharing co-op working to create a public directory of solidarity economy initiatives (http://find.coop). Ethan has presented many talks and workshops on solidarity economy organizing, and has also written a number of articles, book chapters and pamphlets on this theme. On the academic side, Ethan is currently completing a Ph.D. in political and social thought at the University of Western Sydney, Australia, and is a member of the international Community Economies Collective (www.communityeconomies.org). He earned his M.S. in geography at the University of Massachusetts Amherst, and his current research focuses on rethinking concepts of “economy” and “environment” in regional development processes in Maine, and on exploring conceptual tools to strengthen post-capitalist grassroots economic organizing efforts.

Matt Schlobohm (’00) was a founding member of the Many and One Coalition, a community coalition working to promote racial justice and an inclusive democracy in Lewiston. He was also involved in the creation of the JED Collective, a community land trust, farm and collective in Greene, Maine. Matt worked for four years as the Director of the Maine Fair Trade Campaign, a coalition of 60 organizations working for fair trade and a just global economy. Since 2007, Matt has worked for the Maine AFL-CIO, a federation of 160 local unions representing 42,000 Maine workers, where he currently serves as the executive director. Matt lives in Greene with his wife, Kate, and their two sons, Colin and Avery.

Jenna Vendil (’06) is a policy maker, advocate, and organizer based in Portland, Maine. Jenna has coordinated numerous grassroots electoral and legislative efforts, including Fair Share Now!, a progressive-labor coalition effort for tax fairness in 2013; Maine Democratic Party’s 2012 work in the 1st Congressional District; Planned Parenthood of Northern New England’s 2011 legislative work to block rollbacks to women’s reproductive rights; and The League of Young Voters’ 2008 voter registration and early vote program on six college campuses. Jenna was elected to the Portland School Board in 2009, and re-elected in 2012, where she strives to create stronger pathways for student learning in the classroom and community. A graduate of Bates in 2006, Jenna began her activism in 2003 when she organized students to take action on racial justice and anti-war mobilizations in Lewiston. A second-generation Filipino American, Jenna was born and raised in San Francisco, but came to Maine as soon as she could.