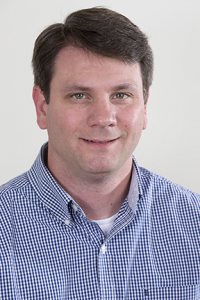 I study respiratory physiology with a particular emphasis on the neural control of breathing in mammals and birds. Specifically, my research focuses on the changes in breathing that occur around birth and how environmental conditions during early life influence the development of the respiratory control system (i.e., developmental plasticity). I strive to incorporate both biomedical and evolutionary perspectives into my research program.

Humans and other animals typically respond to acute changes in oxygen or carbon dioxide concentrations with protective changes in breathing, metabolic rate, and/or body temperature. How and why do these responses differ within and across species? How much of this variation is a product of an individual’s developmental age or a product of their environment (i.e., plasticity)? When is this variation beneficial and when is it maladaptive? These are the types of questions that are regularly addressed by students working in my lab. Students usually test their hypotheses on rats, quail, or anoles, although we’ve worked with a variety of other vertebrate and invertebrate animal models. Techniques commonly used in the lab include noninvasive measurements of breathing and metabolism, in vitro electrophysiological recordings of carotid body chemoreceptor activity, and a variety of histological and molecular assays. Please contact me if you want to learn more about research opportunities in my lab.