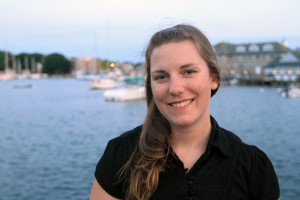 Most aquatic environments are dynamic systems that impose short- and long-term challenges on their biotic occupants. For example, in an estuary, a partially enclosed environment that is connected to both a river and an ocean, organisms may encounter drastic short-term alterations during tidal changes in the amount of oxygen, salt, and sediment in the water column. The addition of pollution to an estuary, on the other hand, is a much longer-term challenge that can affect organisms for days, weeks, or years. Whether short- or long-term, these environmental alterations force organisms to either change location or their physiology in order to survive. It is the molecular mechanism(s) by which aquatic organisms respond and potentially adapt to these environmental changes that fascinates me.

The Williams Lab uses a mixture of laboratory- and field-based techniques to explore four species: the zebrafish  Danio rerio, the (invasive) European green crab Carcinus maenas, the smooth cordgrass Spartina alterniflora, and the mummichog Fundulus heteroclitus. The zebrafish is native to India, but is now one of the primary models for biomedical research around the world. Native to Europe, the green crab now calls much of the coastal US its home, including US East Coast estuaries where cordgrass and the mummichog are native. Using these models, we test the hypothesis that animals and plants, at various stages of their lives, are enabled through molecular changes to respond to alterations in their environment.

Michelle Kelley (class of 2016): “A confocal analysis of the morphological changes in neuromasts and the inner ear of Danio rerio in response to oxidative stress and absence of Nfe2 protein”

Nicholas Pray (class of 2015): “Induction of oxidative stress within the early embryonic development of zebrafish (Danio rerio) by diquat”