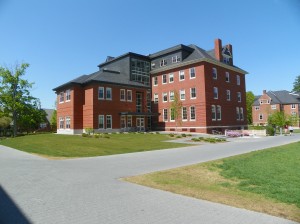 Located on the Alumni Walk near Garcelon Field and New Commons. Built in 1895; currently 34,089 square feet. RB was originally built to educate Freewill Baptist ministers and later became a residence hall. In 2010 RB went through simultaneous renovations, which were completed in 2011. RB is now the home for Language Resources and Off-Campus Study, German, Russian and Asian studies, Spanish and French. 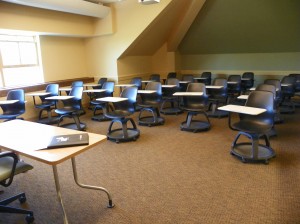 RB classrooms sizes range from 20 to 60.