In today’s political climate, it seems like engaging with the other side seldom occurs. However, a conversation with Bates professor Michael Rocque offers some insight as to how we can have a respectful dialogue with those who may not share our views, the importance of engaging with others, and how Facebook for him has become a vehicle for spurring conversation. 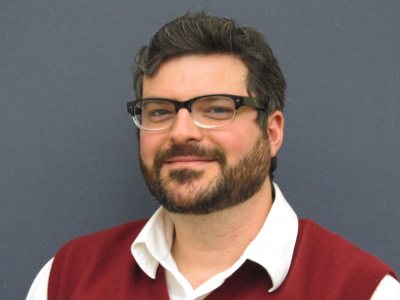 Focus on the Faculty: So how did your use of Facebook begin? Out of what context was it born?

Rocque: Well it was curious to me that in the last few years of Obama’s administration you saw a lot of different perspectives across Facebook. First of all, Facebook is used for differently by each generation. Some people use it to just share their lives with friends and family, so it can be kind of noncontroversial and non-obtrusive. Or it can become a place of discussion, which is what I noticed when I posted some things. It wasn’t on purpose but all of a sudden I had some interested participants wanting to tell me why I am wrong or if they agree or disagree.

Focus on the Faculty: How were you posting things and having people with differing viewpoints engage with you? We tend to find that our news-feeds only contain those who share the same beliefs with us.

Rocque: That stems from my life outside of Bates. One of the things I did before coming to Bates was work for the state government, so you find people with different perspectives than yours. From working with the state government I also got involved in extracurricular sports in Augusta, and there I play with people who work in any kind of capacity, like working at the mental health hospital in Riverview, working in corrections, or working for the city of Augusta with public works. It is a peek outside of this Bates bubble. And these people are often the people I have disagreements with the most but one of the things I really like to do is talk about different perspectives. I’ve sometimes had different perspectives from those of my peers so I try to understand. Understanding your side and articulating your opinions becomes easier and you can be better at it when you engage with people who do not agree with you; your argument becomes more persuasive. You need to ask why. What are the reasons here? If someone says that that accusation was not founded, how can you respond to that? Because you need to defend your stance.  It can be about using persuasion in a different way than you would if people normally agree with you.

Focus on the Faculty: Do you think that Bates students are learning that?

Rocque: No, not at all. I’m not going to blame Bates students, but part of it is a perhaps stems from a problem in academia. Some people think its too liberal and some people believe we are too politically correct or not playing devil’s advocate enough and exposing people to different viewpoints. It’s the sort of thing where I think we are in a stagnant period at this point.

Focus on the Faculty: So you are actively, quite frequently engaging with both sides. Has it ever gone too far?

Rocque: Yeah. So you asked if I have ever unfriended or blocked someone—only one time. And that was because I felt that things got inappropriate and personal with a friend of mine. Where I draw the line is when we aren’t talking about issues, we are talking about personal attacks and being inappropriate. You can call me an idiot but I’m not going to let you harass or abuse my friends. On the other side, I was unfriended by my uncle because we disagreed on politics, but he refriended me recently so that’s a positive.

Focus on the Faculty: From the beginning, did you decide that you weren’t going to engage with people who posted sheer misinformation?

Rocque: No, I would make it a rule that if I post something and someone responds, I respond to them. I’m just saying that certain people have made it clear that they’re not interested in having a conversation.

Focus on the Faculty: How have you let that go?

Rocque: I just leave it. But if someone says something that can be perceived as offensive to other people, then that’s a challenge. I have deleted someone’s comment before, so instead of de-friending them, I’ve deleted their comment because we’re just not going to do that here.

Focus on the Faculty: What are your thoughts on blocking people? I’ve seen posts on social media before that have said “if you voted for Trump or if you support these things, block me or unfriend me”.

Rocque: In response to that, a few years ago in October, I posted “the people who unfollow, block, unfriend, etc. others who disagree with them politically are one of the primary things wrong with this country. We seek confirmation of our beliefs and refuse to engage with ideas to the contrary. The current political scene is a perfect consequence”… so that was right before the election. And nine comments. Oh actually 35. So there had been a really interesting conversation.

Ed. Note: Helen Sudac ’19, an intern in the Dean of Faculty’s Office is the author of this piece.