By Brenna Callahan. Published on September 13, 2015

The Residential Village, built in 1992, is home to Bates’ vibrant suite-style living, which allows you to live with your friends in a more independent setting. The buildings are divided into suites housing four to six students, with rooms arranged around a common living area.  Many suites also feature their own bathrooms. The Village consists of Moody House, Rzasa House, Arthur P. Hopkins House, and the Benjamin Mays Center and is perfectly located near Commons, Pettengill Hall and campus athletic facilities – it’s happening here! 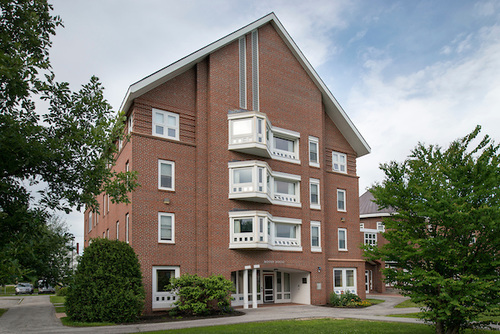 Moody House is home to 56 students in suites of four suitemates. The building also features a seminar classroom. The residence is named through the generosity of James L. Moody ’53 and the late Jean P. Moody. 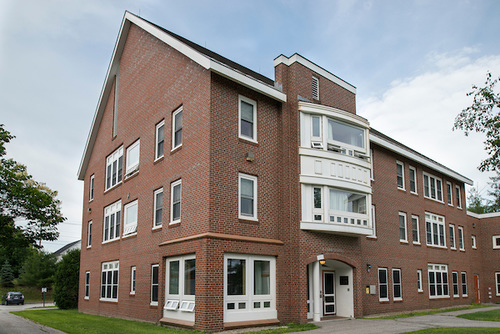 Rzasa House is home to 40 students in suites of varying sizes. The residence was named through the generosity of Emil Rzasa ’49. 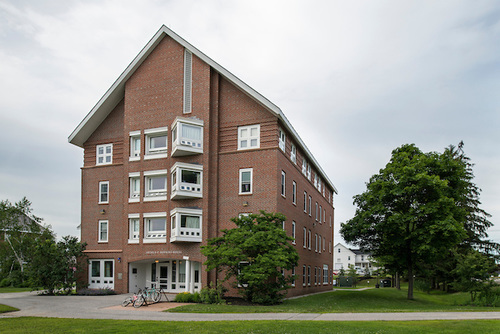 Hopkins House holds 54 students in suites of four to six students.  The residence was named through the generosity of Carolyn H. Burke HC’49, in memory of her uncle.