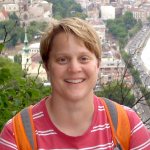 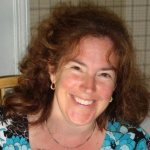 Andee graduated from Princeton with an A.B. in Mathematics and completed her Master’s degree in Math at S.U.N.Y. Stony Brook. After graduate school, she spent a year in Israel at the University of Tel Aviv teaching Multivariable Calculus for the University of New Haven, and in 1993 began teaching at Gould in Bethel, Maine. She spent twenty-five years at Gould teaching courses that included AP Calculus AB/BC, AP Statistics, Introduction to Proof, and similar content to Bates’ Great Ideas in Math course. At Bates, Andee has taught Calculus II, as well as the First Year Seminars:  Math & the Art of M.C. Escher, The Communication Equation and Paperfolding:  A Blend of Art, Mathematics and Engineering.