George W. Cole, formerly a top executive in the field of interactive voice technology and now head of a boat service supporting a Maine island community, has joined the Bates College Board of Trustees.

Cole, of Brookhaven, N.Y., was elected to the board in February, college President Elaine Tuttle Hansen announced.

Cole worked at Bohemia, N.Y.-based Periphonics, a maker and vendor of interactive voice response systems, from 1975 until 2000. During that time, the firm grew from a 30-employee startup to a worldwide operation with sales of $150 million.

Starting out as a senior systems analyst and manager of software development, Cole rose through the ranks to serve in a variety of vice-presidential positions, including oversight of research and development, sales, marketing and the company’s entry into the telecommunications carrier market. Periphonics was purchased by Nortel Networks in 1999, and Cole retired from Nortel in 2000.

Since 2002, he has served as president and general manager of Isle au Haut Boat Services, a nonprofit corporation that operates year-round passenger, mail and freight service to that Down East island community. Cole is also a member of the board of trustees of the Island Institute.

Cole holds an A.B. in physics and a doctorate in nuclear physics, both from Yale University. He was employed from 1970 to 1975 at Brookhaven National Laboratories, where he conducted research in neutron physics.

Cole and his wife, Patricia, live in Brookhaven half the year and spend the other half on Isle au Haut. They have two grown children. 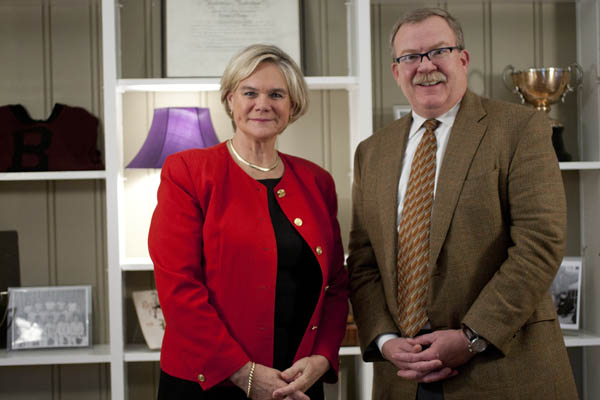