When an eyewitness in a criminal trial says the defendant did the deed, that’s “really powerful and strong evidence,” Bates professor Amy Bradfield Douglass told an audience at the Lewiston Public Library recently.

“We know that juries find eyewitnesses very compelling. And it makes perfect sense,” said Douglass, a social psychologist. “If you have served on a jury, you know the experience of having the witness say, ‘I absolutely know that was him.’ That’s a really powerful moment.”

Yet, Douglass continued, “we also know, unfortunately, that eyewitnesses [can be] wrong, and they’re wrong a lot.” She dedicates her research to reducing that error rate: Looking at eyewitness identifications such as those made through police lineups and photo spreads, Douglass investigates the causes of mistaken IDs and advocates techniques for making them less common. 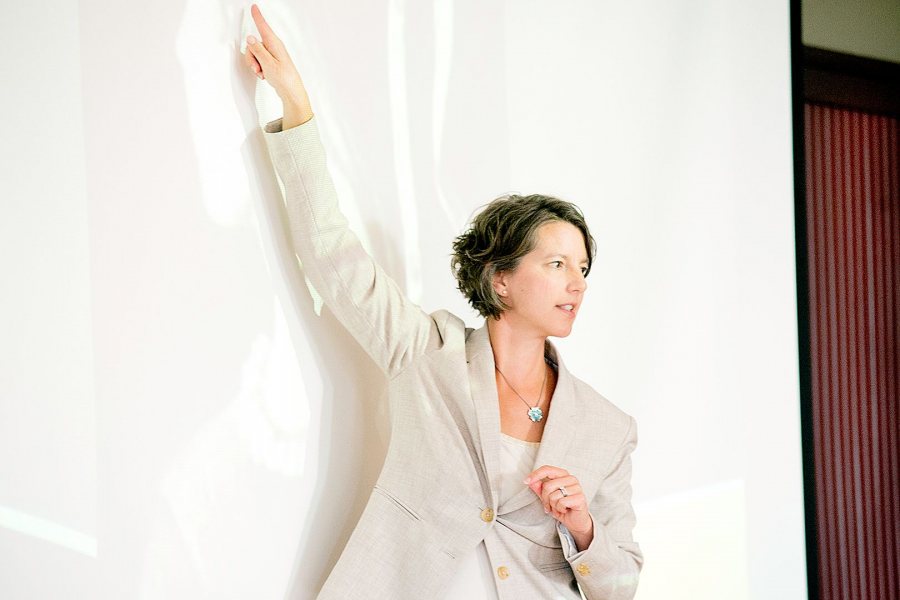 During her Oct. 19 Great Falls Forum presentation at the Lewiston Public Library, Amy Bradfield Douglass points out details of a projected image that can be seen as an elderly woman or a young woman. (Daryn Slover/Sun Journal)

In an Oct. 19 edition of the Great Falls Forum, a monthly series that Bates co-sponsors, Douglass covered the foibles of perception and memory, the proper design of experiments, and guidelines for getting the most accurate IDs from lineups and photo spreads.

It was an engrossing presentation — and one whose topical range expanded anew with good questions from an engaged audience.

Are there intrinsic personality characteristics that influence recall?

Researchers are looking at super-recognizers in terms of recruiting people to be passport officers and border guards, to try to facilitate accuracy in that domain.

Do white people tend to misidentify black people more often than they do whites?

The idea there is that for white individuals identifying black individuals, there’s less experience making those identifications in daily life. We’re just not very good at it. We don’t use the right features to identify members of other races.

Do police sketch artists sometimes impose their own spin on rendering witness descriptions? That happened to me.

Ideally a sketch artist would not have any suspect in mind, because then we could prevent those kinds of influences from a knowing administrator. If the artist did have a suspect in mind, they certainly could, unwittingly, imply things to the witness, say, or use what they have in their own mind as a pre-existing image to put that in the image that ends up on paper.

Children are not worse witnesses. The problem with kids, except my kids [audience laughs], is that they’re suggestible. They’ll do what adults tell them to do — I mean, not mine. They’ll listen to other people, just not me [a big laugh].

Children are very vulnerable to persuasive, biased instructions, for example. If you ask a child in a forensic interview a question twice, they’ll change their answer, because they’re thinking, “Well, that wasn’t right, so I’m just going to change my answer until you stop asking me the question.” 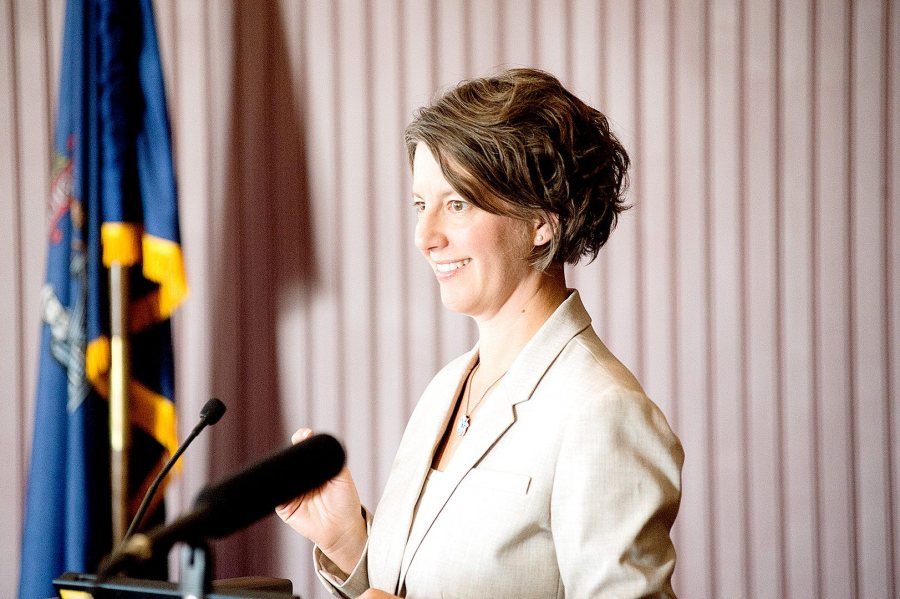 In my work, sometimes I’m the first person that victims see after a crime, and I worry about talking to them without contaminating their memory of what happened. Is there information in the literature about how to question victims?

With the Cognitive Interview, if you’re the victim, I would ask you questions. The Self-Administered Interview, for people who can write and read in English, is a good alternative because it doesn’t require a conversation with a victim — it’s a questionnaire that you give a victim as quickly as possible after the assault.

Let’s say you can’t do either one of those. Then what you should be doing is asking open-ended questions and asking them to report as much detail as they can without guessing. You don’t want to imply that you’re looking for information if they’ve given you all they have.

How good, or perhaps more critically, how poor is the correlation between accuracy and confidence? [from John Kelsey, professor emeritus of psychology]

That’s a complicated question. The correlation between confidence and accuracy is really good if you don’t mess with witnesses. So if you just take a pristine [identification] procedure and your witness says, “OK, that’s the guy, I’m 100 percent confident,” it’s pretty good — not perfect.

If you start to mess with witnesses — by giving them feedback or telling them about a co-witness, or by saying, “Are you sure?” — then the correlation can be eliminated to almost zero.

Are people who go in a lineup voluntary? Do they get paid?

It depends on the jurisdiction. There’s a jurisdiction in the Bronx that pays $15 at a time to show up in a lineup. But most of the time, identifications are made from photo spreads, so you could all be in a photo spread right now — they can get your photos from the DMV and put all you guys in there right now.

Slideshow: Students in downtown Lewiston with their Action/Research projects