Here was the exchange: 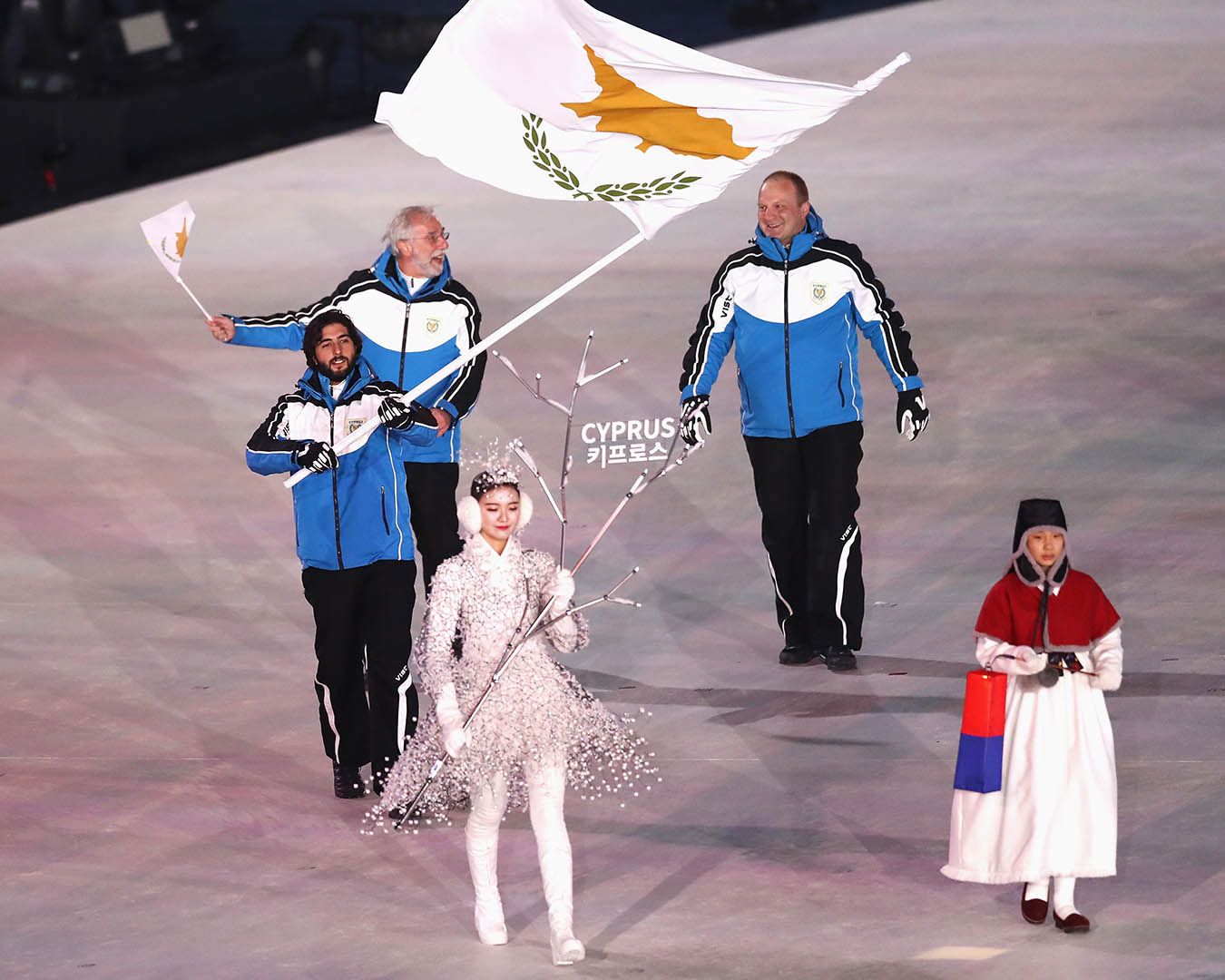 Tirico: “Dinos Lefkaritis, alpine skier, is the one athlete representing Cyprus. He’s on the ski team for the Bobcats of Bates College, in Lewiston, Maine. So Maine can root for Cyprus here in South Korea.”

Couric: “Bates College: Bryant Gumbel’s alma mater.” [Gumbel is a member of the Class of 1970.]

Lefkaritis is scheduled to compete in the giant slalom and slalom at the Yongpyong Alpine Centre.

Shortly after he paraded into Korea’s PyeongChang Olympic Stadium, The Associated Press released a story and photograph of Lefkaritis carrying the Cyprus flag.

“Dinos Lefkaritis, a junior at Bates College, carries the flag of Cyprus during the opening ceremony of the 2018 Winter Olympics,” noted the AP story, which was published by several thousand news media outlets and portals worldwide. “Lefkaritis, an engineering and economics major and the 12th Bates College Olympian, will compete in the alpine events.”

As the headline in the Portland Press Herald said, “There’s only one Winter Olympian from Cyprus, and he goes to Bates College.”

On Friday, NBC’s Portland affiliate, WCSH-TV, posted an interview with Lefkaritis, who recalled how his friends at Bates were sending him texts and snaps of him as he paraded at the opening ceremonies.

Video: Coaches grade Bobcat athletes of 70-plus years ago