By Emily McConville — Published on October 4, 2019

In 1774, when the Boston Massacre and the Tea Party were still fresh in the minds of Boston residents and the American Revolution was fast reaching its boiling point, a free Black man named Prince Hall petitioned the Massachusetts legislature to end slavery. The petition failed; slavery in Boston would not be abolished until 1783.

This little-known moment in American history exposes the “inconsistencies and hypocrisies in the language of American colonials,” says Bates Lecturer in Theater Cliff Odle. Those patriots clamoring for American independence from Britain appealed to lofty ideals of equality — even comparing their colonial status to slavery — yet many owned slaves themselves. 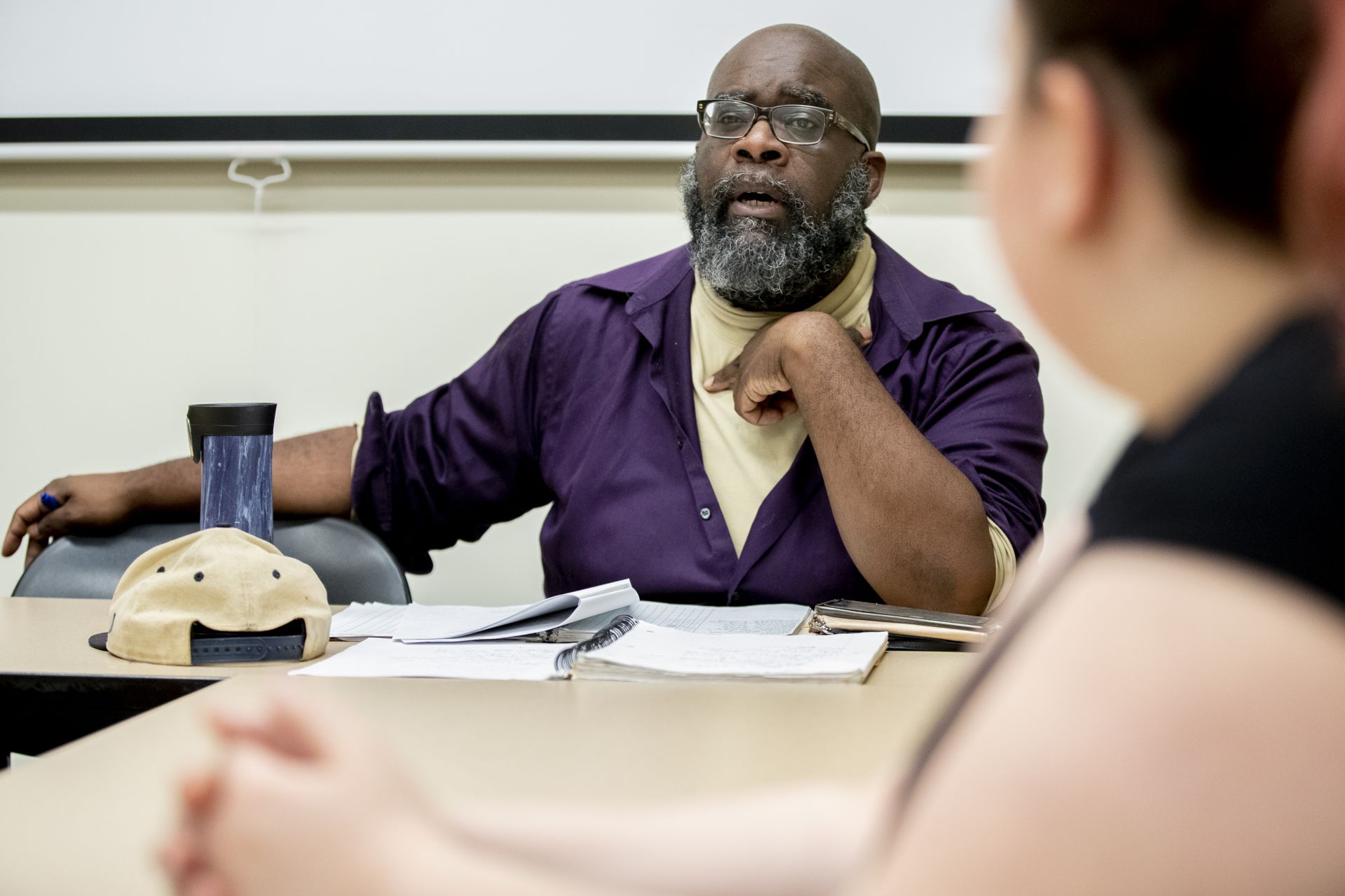 Odle, a playwright, explored this complexity in The Petition, a 30-minute play that ran in the council chamber of Boston’s Old State House in August and September. The story revolves around Prince Hall’s efforts to get the colony to endorse the petition for abolition, which forces Joseph Warren — a prominent member of the Sons of Liberty, a secret separatist group — to wrestle with his own beliefs.

Though Warren and other colonists were sympathetic to Hall’s cause, they argued that independence must take precedence.

In this Q&A, Odle explains how he conceived and wrote the play, and how the story of Prince Hall raises issues of race, activism, and white allyship that ring true today.

How did you get the idea to write The Petition?

I’ve been working on plays about this time period for awhile, ever since I was a tour guide for the Freedom Trail. For 11 years I portrayed a man named Barzillai Lew, who fought in the French and Indian War and was one of about 50 African Americans at the Battle of Bunker Hill. That experience guided me toward exploring a very overlooked area of history.

A lot of people have an antebellum, Southern view of slavery. For them, African Americans didn’t really matter until 1865 — once they were free. The truth is, we’ve been a part of society since 1619. We were very much involved in all the wars that this country has fought, going back to the French and Indian War and even earlier. 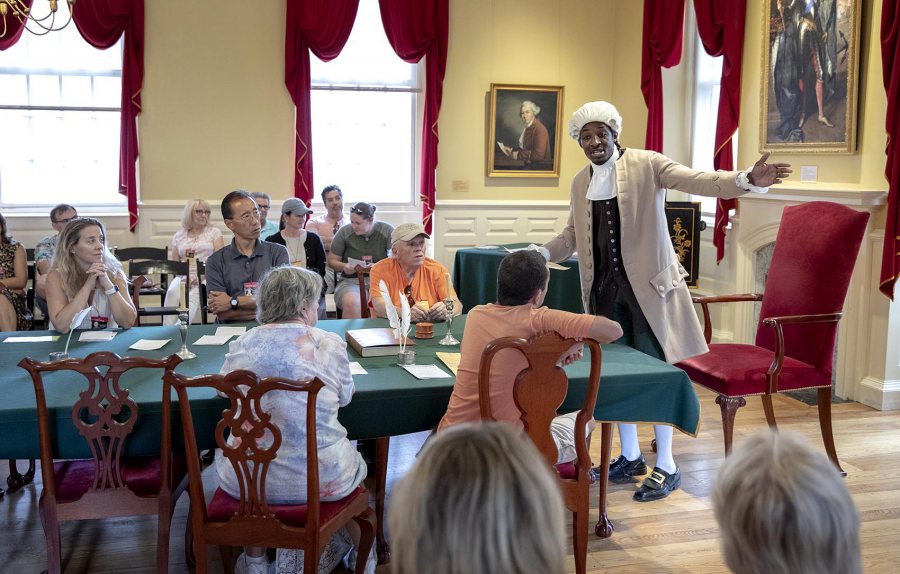 Stephen Sampson plays Prince Hall at a performance of “The Petition” at the Old State House. (Robin Lubbock/WBUR)

What was the process of writing the play?

First was research, getting an idea of what life was like in colonial America. The tough part is that most of the people who wrote about themselves were middle class, wealthy, white. The people who weren’t those things didn’t do a whole lot of writing for themselves. There are a lot of blanks to fill in.

The interesting thing about Massachusetts is that slaves had access to the court system. If a master, for example, promised you freedom and reneged on that promise, you could sue them. The archives of some of these cases go back to the 1700s.

These court cases give you a sense that African Americans had access to the kind of intellectual life that you couldn’t have if you were in the South. In the North, it was a lot more common for Black people to be able to read. I wanted to demonstrate how much of a different beast it was from what we generally know slavery to be.

Did you have to fill in the blanks when you wrote the character of Prince Hall?

Yes. Although Prince Hall was a very prominent African American and a veteran of Bunker Hill, he didn’t write a whole lot about himself. We know from witnesses that he was a fairly articulate person who was well-regarded. He carried a certain gravitas. From that, we were able to create a character sketch.

We know Prince Hall tried to join one of the Masonic lodges and was rejected. Joseph Warren was definitely a member of that lodge. Paul Revere was a member. John Hancock was a member.

Here’s the wonderful irony — Prince eventually joined a lodge connected with the British soldiers stationed on the Boston Common. Several months later, at least as far as I can tell, he fought against those fellow lodge members at Bunker Hill, against the people who accepted him.

I think that says something about a certain uniqueness of the Black experience in this country — that despite the fact that we’ve been alienated, we still have a sense that this is our land. A Black man says that, despite all the denigrations he has to go through, this is where I was born, and I’m going to defend it and show people by example why they should do the right thing by us.

A key conflict of the play is that Prince Hall’s friend Joseph Warren won’t support his petition because he thought it would get in the way of a larger struggle for independence from Britain.

Part of the inspiration for that story line is Martin Luther King’s “Letter from a Birmingham Jail” and the letter that preceded it, from white clergy to King, asking him to delay civil rights demonstrations in Birmingham. You have people who are ostensibly supporting freedom and want to do the right thing, but they’re also urging everyone to go slow, essentially denying people something they should have already.

The idea of the disappointing white moderate goes back a ways. Especially for people who know Boston history, Joseph Warren is an almost saintly character. He provided information that allowed the Midnight Ride to happen, and he was killed at the Battle of Bunker Hill. He fought and died for the American ideal of freedom.

Yet Warren had owned a slave at one point. The slave was used as part of a deal to help him establish either the rent or the mortgage for his medical practice.

As a character, Warren gets at the complexity of the issue. He’s well-meaning but unwilling to put himself or his privilege on the line in order to do what he knows should be done. In the play, Joseph Warren warns that if we get caught up in these matters that it may be trying to raise one group against the other. It may cloud everything for everyone. It’s a very familiar argument. We hear it today. 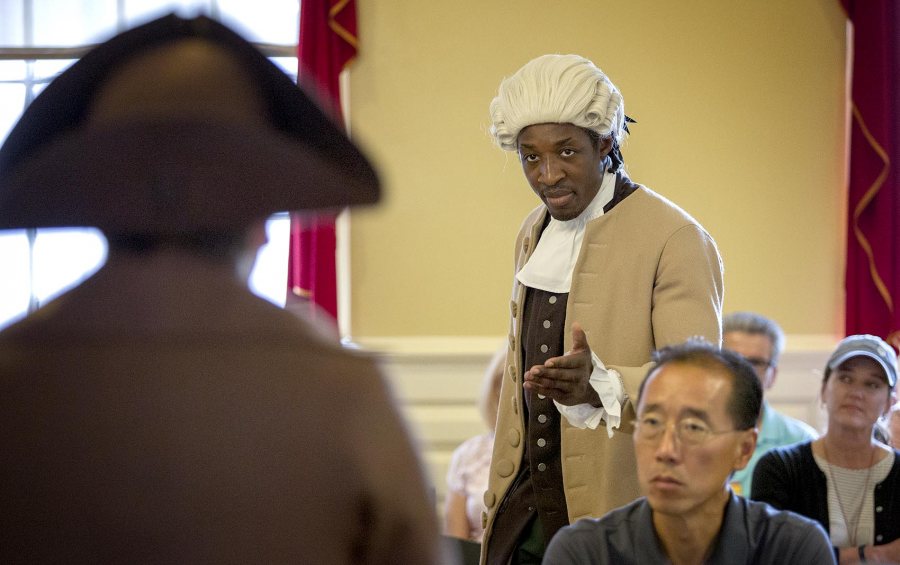 What was it like to see the play through its production and run at the Old State House?

Before I had kids, playwriting was the closest thing I had to raising children, because eventually they grow out of your hands and become different things. You have to give up some control to allow the play to exist. Since theater is such a collaborative art, you have to let other voices — the actors, the director, the tech people, and everybody else — inform what’s happening.

I was there for a couple of performances. I took my playwriting class to view the performance and give them an idea of the different types of plays that you can write. They had a pretty good reaction to it — not just because I was their professor, I hope.

How does theater contribute to these big discussions around racism and history and the legacy of slavery?

I’m a big believer in theater as a mirror to society. It’s visceral; you’re feeling it happening right now. I find this active experience is very effective at getting people to think about certain ideas. We’re not looking for consensus — a play may inform their perspective, it may reinforce what they already believe, or it may get them to rethink what they believe. Theater definitely has a place in dealing with all these issues — not just informing, but also getting people to feel.