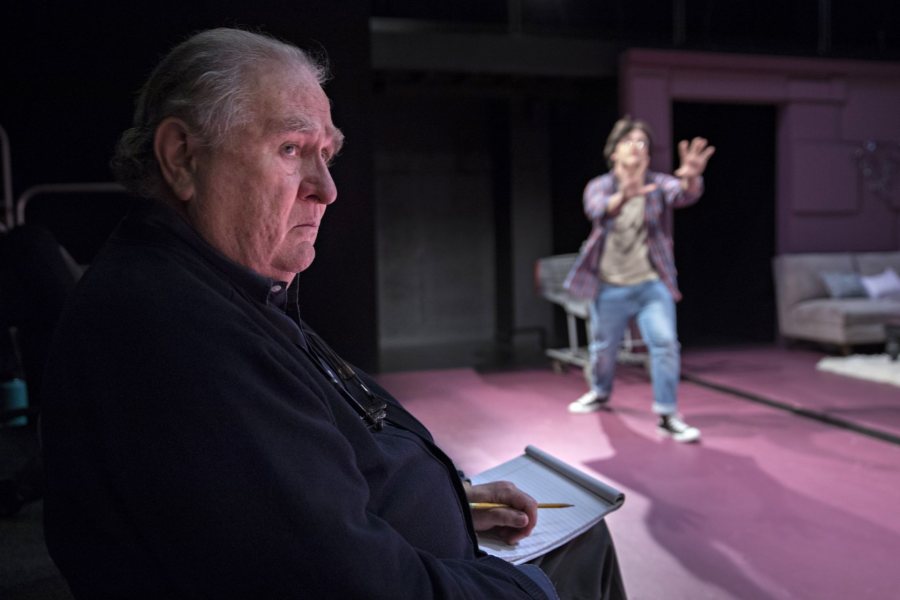 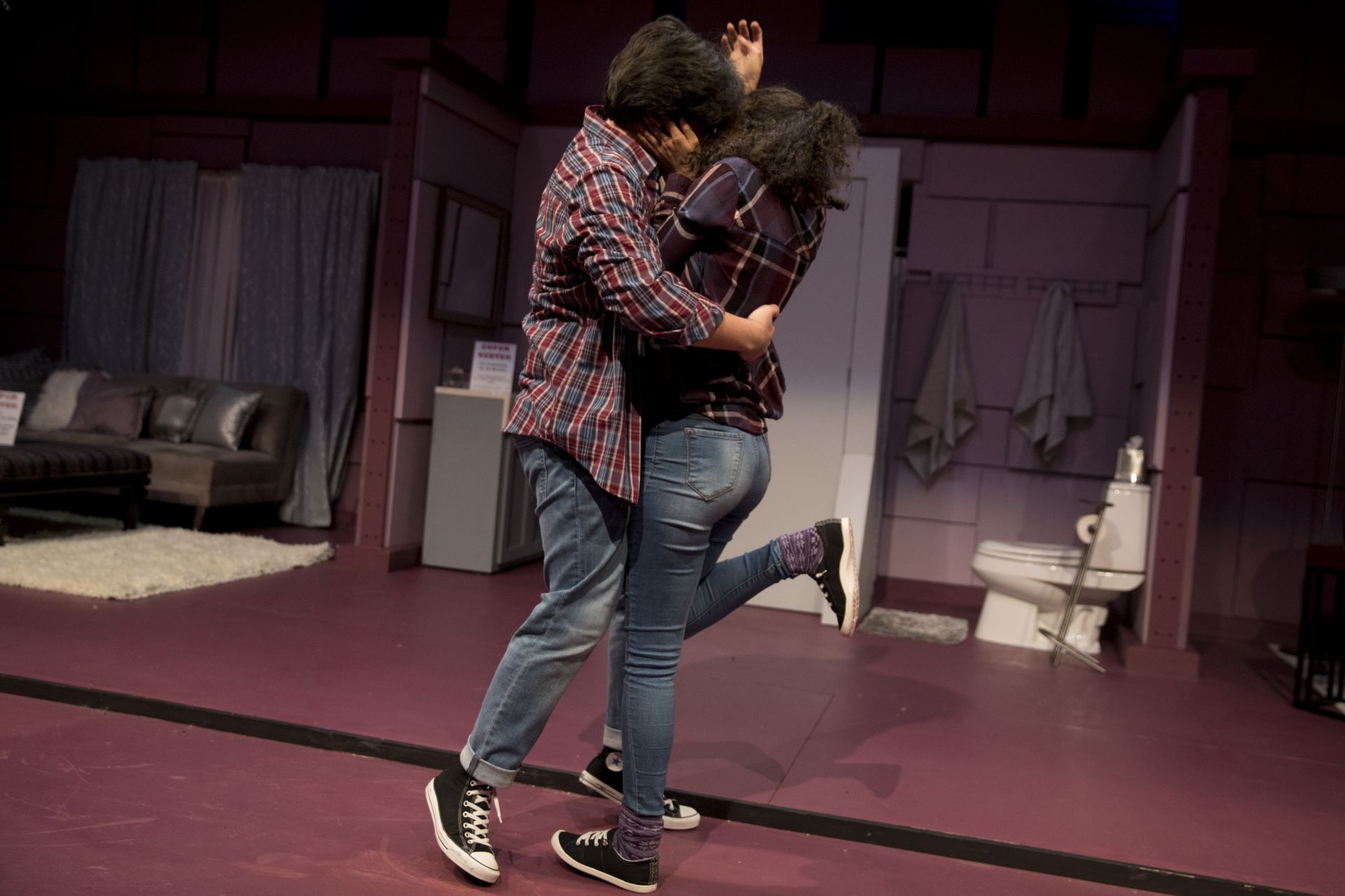 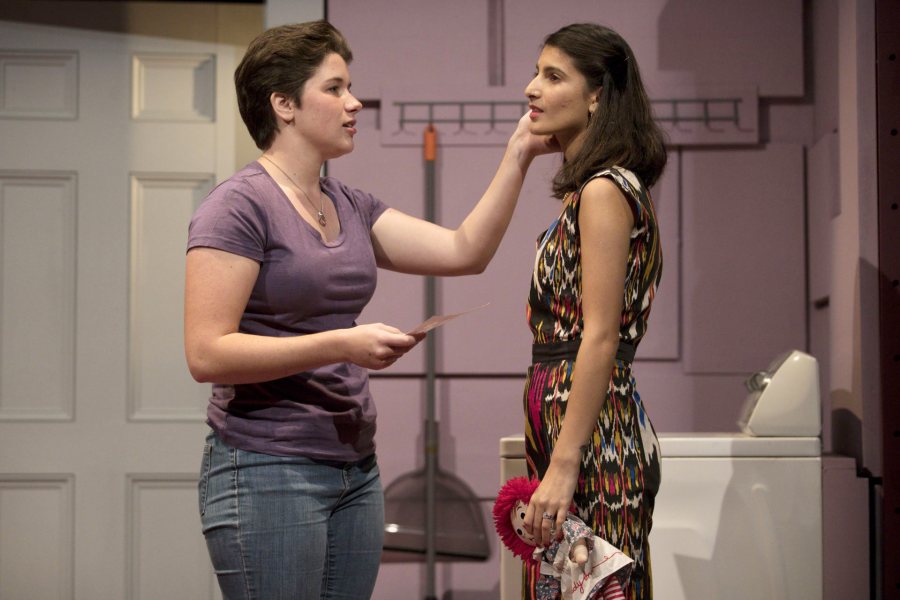 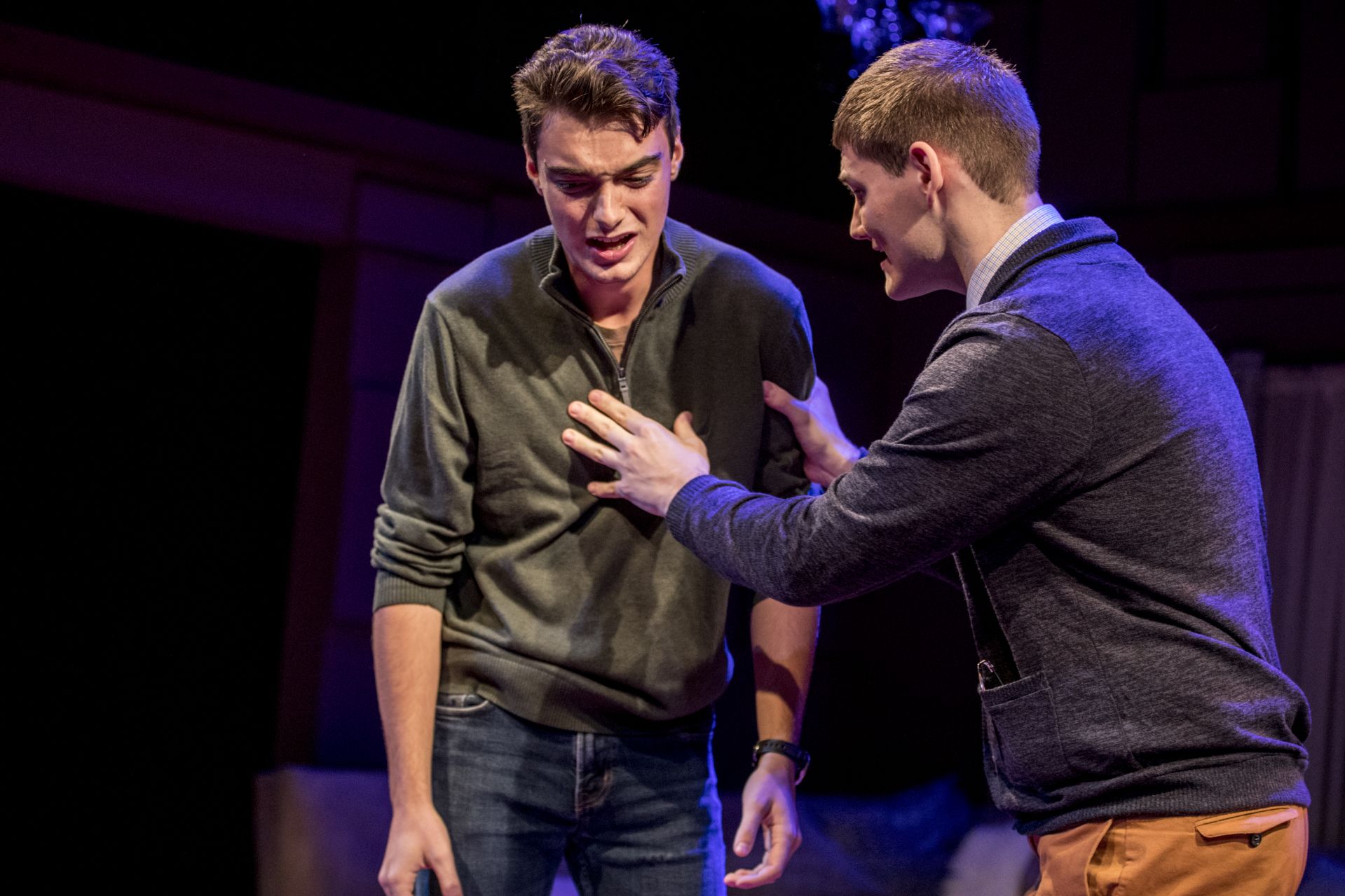 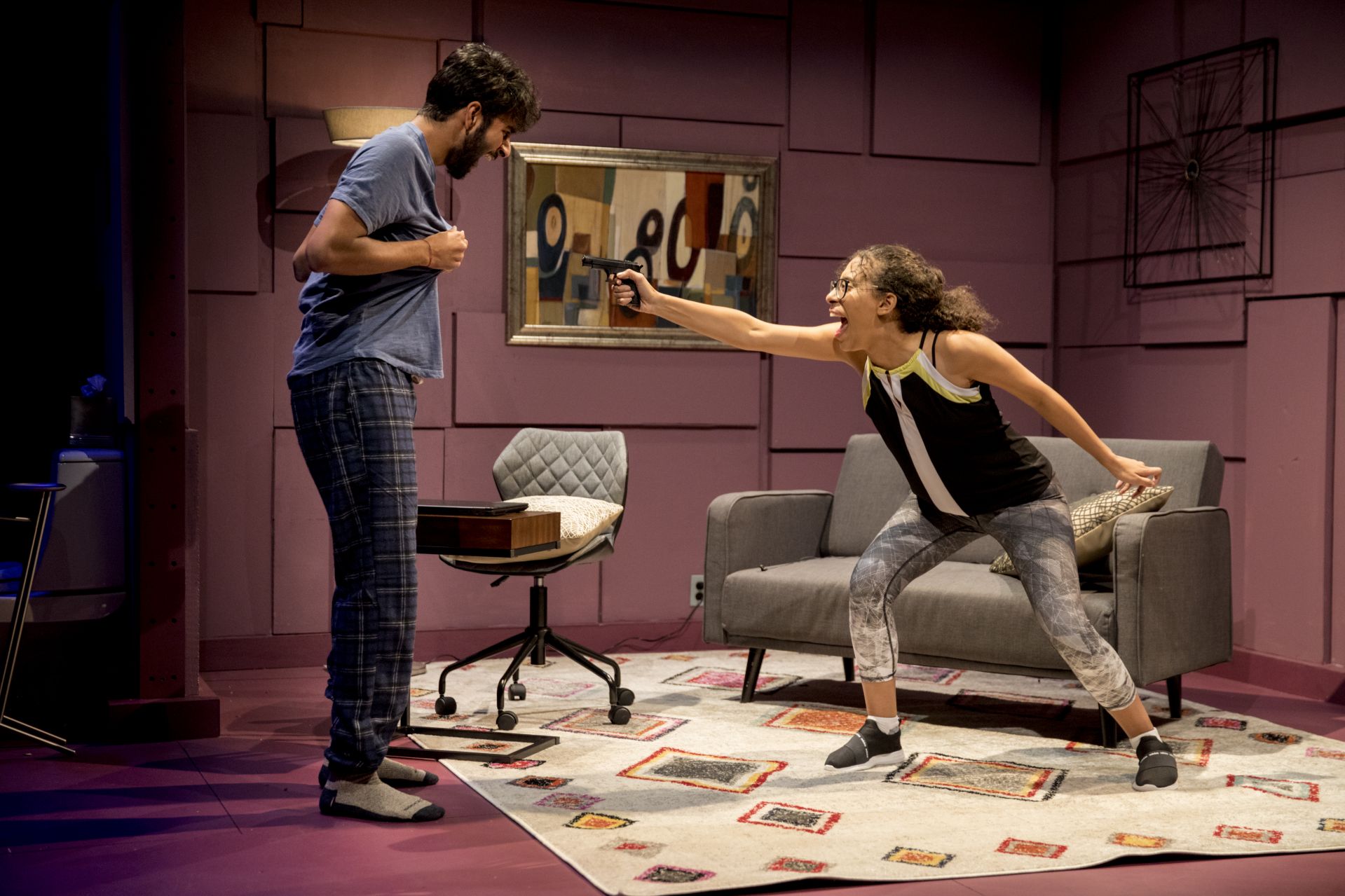 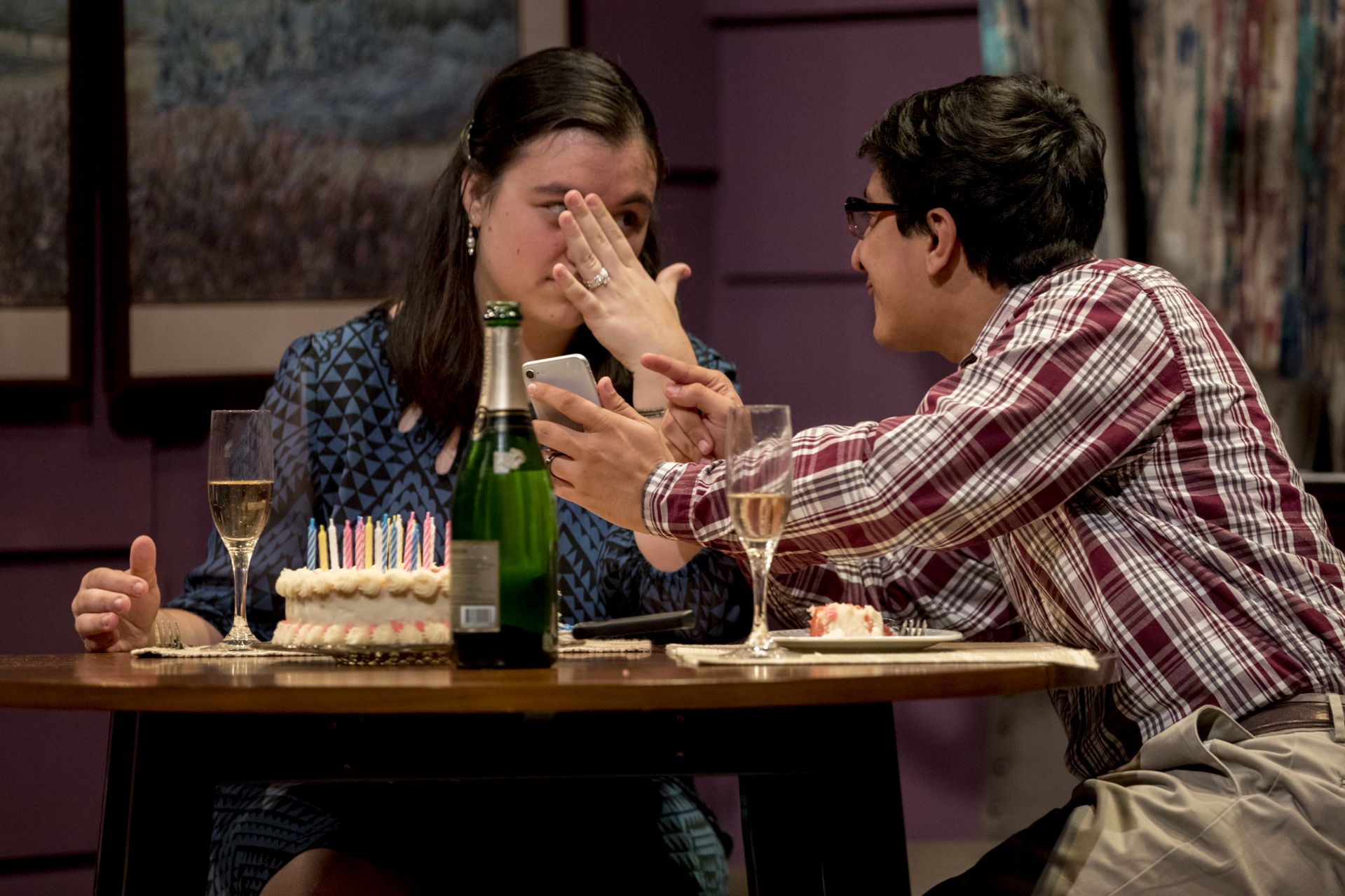 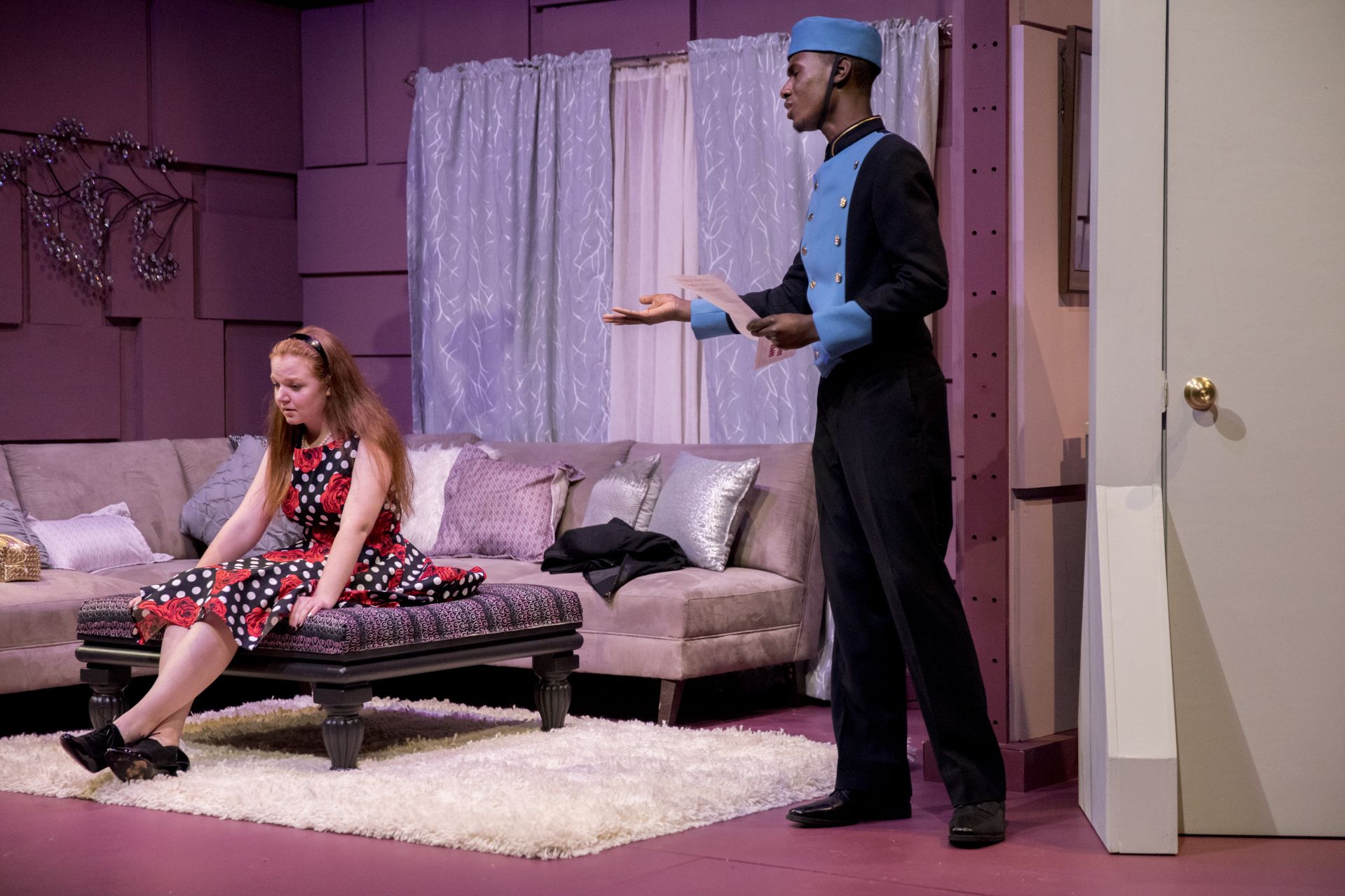 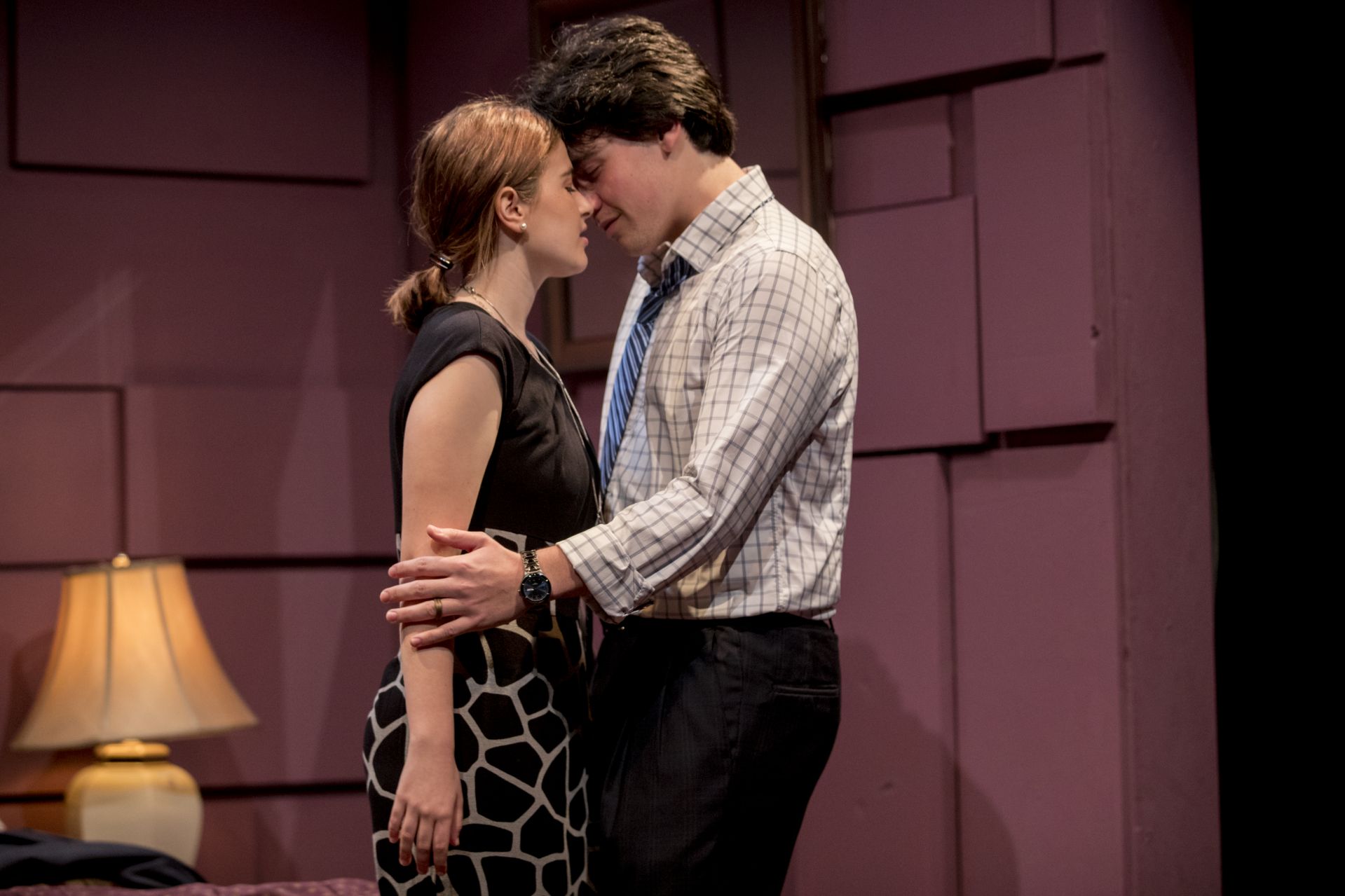 In the Love/Sick vignette “Lunch and Dinner,” characters played by Brady Chilson ’23 and Sadie Basila ’23 reveal that their appetites have strayed. (Phyllis Graber Jensen/Bates College)