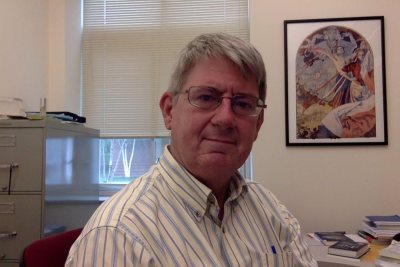 My current research pursues two different but related tracks. First, following upon earlier scholarship on the role of non-governmental organizations (NGOs) in Russian governance under Putin, I am working on a long-term project that compares and contrasts the relation between state and society in Russia and China. I am particularly interested in tracing continuing patterns of governance back through the imperial period of the 19th century.

My second line of research consists of a number of shorter studies in the politics of memory throughout Eastern Europe and Eurasia. I have two articles near completion, one comparing the different ways in which collectivization is commemorated in Kazakhstan and Ukraine, and another analyzing Putin’s efforts to manage the memory of the Russian revolutions during the centennial year of 2017. Other potential studies in this period include the politics of memory surrounding the expulsion of Germans in Poland and the Czech government, and the transnational diffusion of memory through institutes of history in many of the Eastern European states.

Earlier research has included a study of how US foreign policy impacted Soviet debates on foreign policy during the cold war, resulting in the book, published in 1994, entitled “Khrushchev’s Double Bind” as well as a number of articles on Russian identity in foreign policy, the impact of Western efforts to promote civil society and democracy in Russia, and the role of civil society in Putin’s authoritarian regime.