The Grid and Two-Year Workload applications in Garnet Gateway allow department/program chairs to plan course offerings for the next two academic years and to submit these plans to the CCC and/or Dean of Faculty’s office for approval. 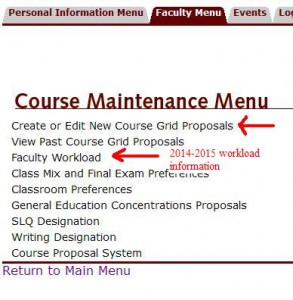