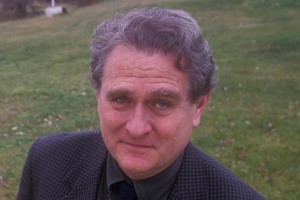 Martin Andrucki is Charles A. Dana Professor of Theater at Bates College. Prof. Andrucki has directed some fifty productions in academic and professional theaters in the United States and Europe. He is the author of four plays, including Manny’s War, which was nominated for the New Play Award of the American Theater Critics Association. Prof. Andrucki has served as literary advisor and dramaturg of Maine’s two professional theaters, Portland Stage Company and The Public Theatre. The author of seventy articles and essays on classical and contemporary playwrights, he has taught dramatic literature and film studies at Harvard University and performance skills at the University of Maine School of Law. Prof. Andrucki has also taught film and theater in Tokyo, London, Budapest, and Prague, and was a Fulbright Scholar in Hungary. He served as host of Wide Angle, Maine Public Television’s weekly series on Maine filmmakers. A magna cum laude graduate of Columbia University, he holds the M.A. and Ph.D. degrees from Harvard and is a member of Phi Beta Kappa. 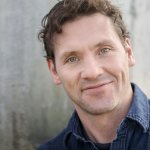 Tim Dugan is an Assistant Professor of Theater where he teaches Beginning Acting, Advanced Acting, Acting Styles, Directing, and he serves as a thesis/capstone/independent study advisor to all acting and directing students. Directing credits at Bates include Angels in America, We Are Proud to Present…, Stupid F#@!ing Bird, and he has acted in Eurydice.  He also specializes in Fitzmaurice Voicework and Shakespeare.

Tim is also a professional actor (member of Actors’ Equity and SAG-AFTRA) and a director.  Some favorite acting credits: A Midsummer Night’s Dream (Bottom),  Macbeth (Macbeth), Merry Wives of Windsor (Ford) and Much Ado About Nothing (Benedick) all with Saratoga Shakespeare Company, Doubt, Tuesdays with Morrie, and A Song For My Father-Oldcastle Theatre Company.  Other favorites in Philadelphia, his other hometown, include The Other Place-Walnut Street Theatre, Straight White Men-InterAct Theatre, Long Live the Little Knife-Inis Nua Theatre, Bengal Tiger at the Baghdad Zoo and The Crucible -Temple University Theaters.

He also served as the Associate Artistic Director and Director of Education for Saratoga Shakespeare Company coordinating and teaching the SSC Young Theatre Professional Company housed at Skidmore College, which included students from colleges and universities across the country.  Tim directed SSC’s inaugural “Shakespeare For All” touring production of Much Ado About Nothing which brought free Shakespeare and theatre workshops to various areas in Saratoga Springs.

Tim will be teaching Beginning Acting and a new course, Acting Styles, in the Fall of 2020.  He’ll also be acting in the world premiere of Steal Her Bones at InterAct Theatre in January/February, and be on sabbatical Winter 2021.  For more information regarding his professional work check out www.tim-dugan.net. 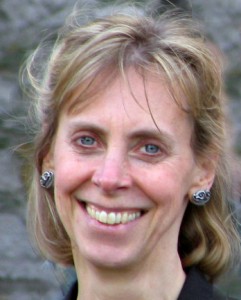 Carol Farrell brings to the Department of Theater and Dance an eclectic professional and academic background in costume design, puppetry arts, and the creation of devised ensemble theater.

Besides earning Bachelor’s and Master’s degrees in Dance and in Theater Design, Carol has studied Japanese theater forms and traditional clothing on a fellowship from the Japan/U.S. Friendship Commission, and Objectheatre at the Institut International de la Marionnette in France.

She has served on the faculties of the University of Maine Orono, University of Southern Maine, and Lone Mountain College (San Francisco), and has designed costumes for dance and theater companies both here in Maine and California.

From 1982-2011 Carol was Co-Artistic Director of Figures of Speech Theatre, an award-winning actor/puppet/movement theater with an international touring radius. In this position, she co-created and produced numerous original theater works, performed extensively worldwide, and developed educational programs for all ages based in the puppetry arts. 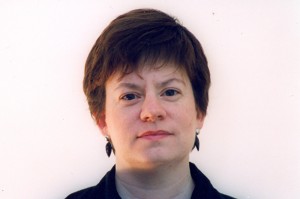 B. Christine McDowell has spent the last thirty-ish years involved in professional and academic theatre, including teaching/design positions at The University of South Florida, The College of William and Mary, and SUNY New Paltz, before becoming the costume and set designer at Bates College in 2005.  After completing her MFA in design at the Yale School of Drama in 1991 she began her regional design career, including 5 years as the resident designer for The Virginia Shakespeare Festival, costume and set designs at the New Jersey Shakespeare Festival, SoHo Rep and other New York Off-Broadway and dance venues, as well as The Public Theatre in Lewiston, Portland Stage Company, and the Theater at Monmouth.  Christine also spent four years touring internationally as a staff member for the Paul Taylor Dance Company, and a year working as a freelance costume professional in London for various West End and European companies. Her most recent Shakespeare experience has been as the resident designer for Shakespeare South Africa, a touring company that visits communities in The Eastern Cape and KwaZulu-Natal where Shakespeare is a rare commodity.  Other international design projects have taken her to Japan and Sri Lanka, where she worked with a Bates graduate on a film—using life-sized puppets— highlighting the plight of displaced minority women during and after the civil war in that country.  Her areas of academic research—above and beyond design—often center around historical clothing and material culture.  In addition, she is a member of the exhibition committee at Museum L-A in Lewiston, which focuses on local history and industry. 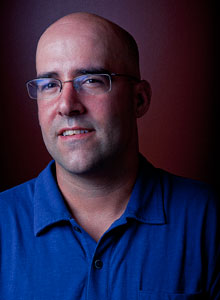 Justin Moriarty is a Lecturer in Theater and the Technical Director of the Theater and Dance Department at Bates College where he teaches a course on Stage Management. During the summer, he works as the Production Manager for the Bates Dance Festival.

Justin is an active member of the International Alliance of Theatrical Stage Employees, I.A.T.S.E. 114, Portland, Maine. Justin has been a freelance lighting designer since 2005, designing lights professionally for both theater and dance. His designs have been seen across the United States and internationally, most recently at the 2018 Edinburgh Fringe Festival.

He is a graduate of Goddard College’s MFA program in Interdisciplinary Arts where he studied socially engaged performance creation, education, and writing for social action. One of his recent plays, The Rounds, was produced as part of the Theater of the New City’s 2018 Dream Up Festival in NYC. 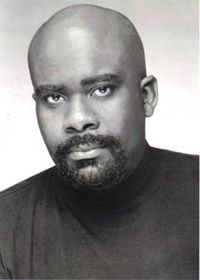 The Department of Theater and Dance proudly congratulates Cliff Odle as he begins an important shift in his career.  Starting in the 2021 – 2022 academic year, Cliff will begin a new tenure track contract as an Assistant Professor in Theater.

Cliff is an AEA actor and director whose specialty is playwriting.  Cliff’s plays, for the most part, contain themes of history, social justice, and the lives of African Americans throughout the history of the country.  Some of his plays include; “Lost Tempo” (Boston Playwrights Theatre) which is set in the late 50’s and early 60’s of the NYC jazz scene, “Our Girl in Trenton” (Boston University: New Play Initiative) follows the fictional campaign of an African American woman trying to run for Governor of New Jersey, “A Deerfield Homecoming” is set in colonial Massachusetts prior to the French and Indian war and tells the story of two women, an African American slave and a White woman kidnapped by Native Americans, who lives collide over the question of, “What is Freedom?” and “The Petition”, also set in colonial Boston, tells the story of an effort lead by Prince Hall to end slavery in the colony prior to the start of the Revolutionary War.  Some of his short plays include, “Running the Bulls”, “Slamming the Bones”, “A Garnet in the Rough” and “The Ahrens Fox”.  He is currently working on a series of plays focusing on African American’s in the run up to the Revolutionary War and he is also researching African American stage performers prior to World War I.  His Bates classes currently include; Intro to Playwriting, Advanced Playwriting, Contemporary African and Caribbean Theater, Intro to Screenwriting, as well as Intro to Acting.  He also researches and has taught various ethnic study classes which take a look at the impact and history of racial stereotypes developed against the backdrop of systemic racism. He has also written works in the “Theatre in Education” field for companies like Theatre Espresso and Deana’s Fund Educational Theater.  As a performer he has been seen in a variety of works including; “Fences” (Up You Mighty Race, Jukwa Mazoa), “Brendan” (Huntington Theater), “Passing Strange” (New Repertory Theatre), “RACE” (New Repertory Theatre), “The Color Purple” (Speakeasy Stage), “The Good Negro” (Company One), “Baltimore” (New Rep/Boston University), “A Taste of Sunrise”, “Oliver”, “A Tale of Two Cities”, “Trumpet of the Swan” (Wheelock Family Theater).  Some of his directing credits include: “Yellowface” (O.W.I Bureau of Theatre), “The Cook” (UMass Boston), “Two Ships Passing” (UMass Boston), “Running on Glass” (New Urban Theatre Lab), “Amadeus” (Stony Hill Players), “Agnes of God” (Stony Hill Players), “The Colored Museum” (Horizon Theater).   Cliff was also the Managing director for the “Emancipated Century Readings” (2013) that focused on the works of August Wilson.  He is also the founder of the summer festival, Jersey Voices which is celebrating 25 years producing short plays for New Jersey Playwrights. 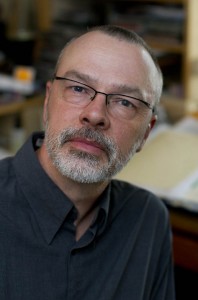 Michael Reidy is a Theater designer, artist and amateur bird watcher living in Lewiston, Maine. His scenic and lighting design work has been seen in theaters nation wide. From 1993 to 1996, Michael was company member and principle designer for Mad Horse Theater Company in Portland, Maine, designing acclaimed productions of One Flew Over The Cuckoo’s Nest, King Lear, and Hamlet. Michael’s design work has been seen at Tennessee Repertory Theater, Disneyland, Ram Island Dance Company, Portland Stage Company, Worchester Foothills Theater, and PORT Opera. In 1996 Michael founded Scenic Solutions, providing specialized fabrication for corporate and not-for-profit clients including Time Warner, The Children’s Museum Of Maine, Cole-Haan, and LL Bean. Michael received the Maine Arts Commission Fellowship for Theater Design in 1997. Other interesting projects from Michael’s life include a permanent exhibit on the cultural history of paganism and witchcraft for the Salem Witch Museum, and touring sets for The Dave Matthews Band and ZZ Top. Michael is currently a Lecturer and Technical Director at Bates College, Department of Theater where he has consulted on and fabricated many projects for William Pope.L, including Blackular, Chocolate Fountain, A Person History On Videotape. When time permits, Michael builds pinhole cameras and produces hand coated non-silver photographic prints. A portfolio of toy camera images shot in Japan was released early in 2008. Michael holds a MFA form California Institute of the Arts, and a BFA from Carnegie-Mellon University. In the spring and fall, Michael can often be found scanning the treetops for warblers and listening for the melodious tones of the wood thrush. 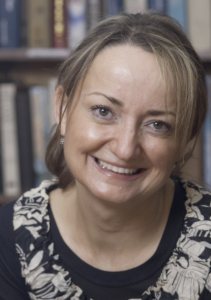 Katalin Vecsey is a Senior Lecturer in Theater and Vocal Director for theatrical productions at Bates College, Maine, U.S.A. She received her doctorate from the Eötvös Lóránd University in Budapest, Hungary. In addition to Bates, she has taught at Bárczi Gusztáv College and at drama conservatory programs in Budapest. She is experienced in teaching advanced and introductory voice and speech courses, text analysis, stage dialects, and voice-over techniques. She has also served as a vocal director for academic and professional theater productions both in the United States and in her native Hungary. Dr. Vecsey is a member of the Voice and Speech Trainers Association (VASTA), the Theatre Communications Group (TCG), and the Hungarian Centre of the International Theatre Institute (ITI).