Alumni, parents and friends contributed $27 million to Bates — including a record $6.98 million to the Bates Fund — during the 2017 fiscal year that concluded on June 30.

“This level of commitment to Bates reflects confidence in the direction of the college and a deep sense of loyalty,” said Sarah R. Pearson ’75, vice president for college advancement. “I am grateful to everyone who invested in the success of Bates this year, especially the more than 450 dedicated alumni and parent volunteers who supported the Bates Fund effort.”

The Bates Fund, a priority of The Bates Campaign, launched in May, provides vital support each year for current operations, including the faculty, financial aid, student life, athletics, and the arts. The 2017 Bates Fund dollar total, $6,978,292, represents a 7 percent increase over 2016.

A total of 10,223 donors made gifts to Bates in fiscal 2017, nearly a quarter of whom responded to the high-energy Bates Campaign kickoff in May and the campaign’s Bates+You challenge, which sought 2,000 donors between May 16 and 24. Over the eight days, 2,374 donors made gifts totaling nearly $1.2 million.

The $300 million Bates Campaign is the largest in Bates history and comprises four major priorities, including Building Financial Sustainability, which seeks $40 million for the Bates Fund as well as gifts to the unrestricted endowment. Overall, the campaign seeks $160 million in endowment gifts. 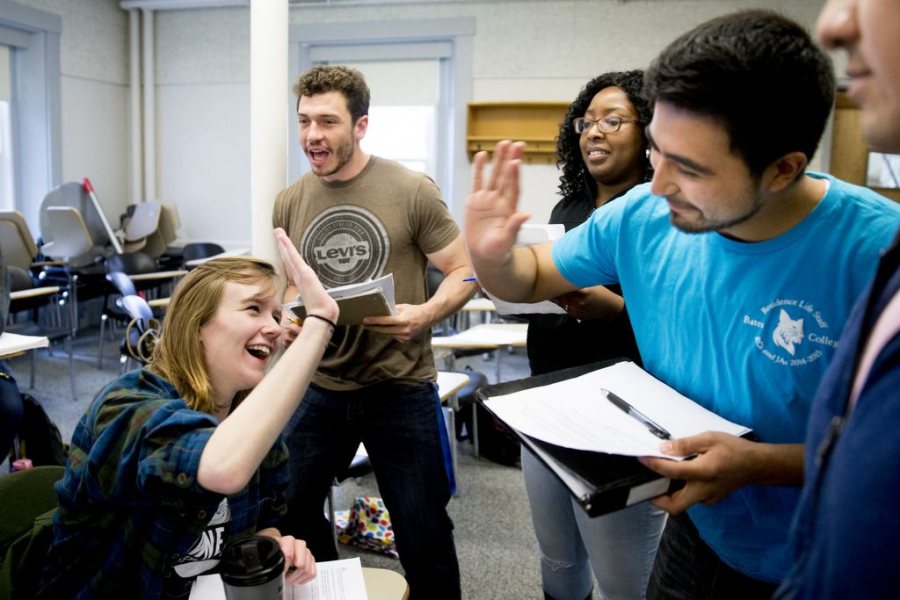 “I am so grateful to our alumni, parents, and friends who have given so generously to Bates,” said President Clayton Spencer. “Because of this support, we are able to set ambitious goals for the campaign that will strengthen our college for decades to come.”

The 2017 Bates Fund includes a college-record $731,674 from Friends of Bates Athletics, a fund that provides support for varsity and club teams at Bates. Since 2012, giving to FBA has nearly doubled. The Bates Fund total also includes Bates parent contributions of $1,445,359.

The graduating Class of 2017 completed their Senior Gift effort with 75 percent participation and a class gift of $12,328. Trustee Emeritus Bruce Stangle ’70, P’96 and The College Key provided special challenge gifts to the class as they completed their effort.

The 15 Bates classes that celebrated Reunions in 2017 increased their Bates Fund giving by 53 percent over 2016, contributing nearly $1 million to the fund. This year’s 15 classes also set an all-time Reunion attendance record with 1,206 attendees, including alumni, family members, and friends.

Bates boasts a new fitness park and better erosion control at Merrill — while at the Bonney project, the beat goes on.