The Dana Legacy at Bates 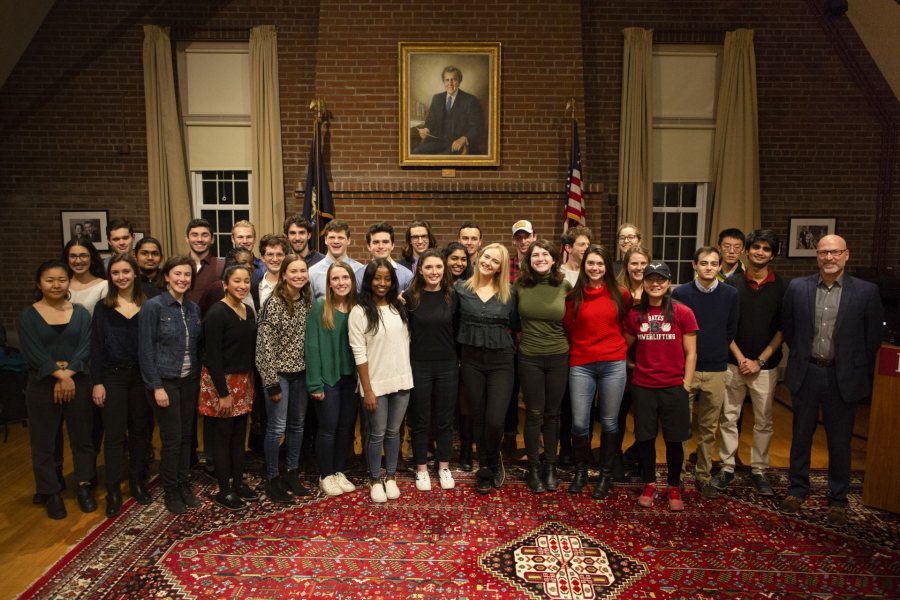 Since the early 1960s Bates has been the recipient of a number of generous grants from the Charles A. Dana Foundation of New York City. In making these awards, the Foundation sought to recognize and honor excellence among students and faculty at the College.

In 1965 Bates received support from the Foundation to establish the Dana Scholars Program. The program grants the Charles A. Dana Award to 20 students from the first-year class. These students, the Dana Scholars, are recognized with the award for their academic excellence and promise, their leadership potential, and their service to the College and the community. Students are nominated by faculty, coaches, staff, and other students. Nominees are asked to write an essay. A committee reviews the essays, letters of nominations, transcripts, and other information on the student’s activities at the College and in the community when making its decisions. The Dana Award is the highest honor bestowed on a first-year student, and the student carries the honor throughout her or his Bates career.

In 1966 the Dana Foundation awarded the College a grant to establish an endowed professorship fund that would recognize exceptional teacher-scholars among the Bates faculty. Over the next thirty years, a distinguished group of faculty was honored with Dana professorships and recognized for their exemplary teaching, the value of their research, and their service to the College. Between three and seven Dana professors hold the honor at any one time. They hail from across the disciplines, underscoring the depth of talent on the Bates faculty.

In addition to supporting programs that honor excellence among students and faculty, the Dana Foundation awarded funds to Bates in 1963 to support the construction of a chemistry building, Dana Chemistry Hall, enabling the College to move its chemistry classrooms and labs from Hedge Hall to expanded and better equipped facilities. The Foundation also provided generous support to Bates toward the construction of Ladd Library in 1971, and for renovation of the Memorial Commons in 1966 and 1976.