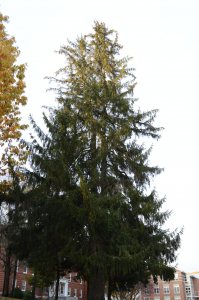 From the Northern European Steppes, the Norway spruce amazes people with its impressive longevity and size. The tree can rise to over 150 feet and has long drooping branches that give its distinctive weeping appearance. It has the longest cones of any spruce species, measuring between 3.5 to 6.75 inches. The tree is commonly used for timber and for Christmas trees during the holidays. Each year the town of Oslo, Norway gives a Norway spruce to the cities of London, Washington D.C., and Edinburgh for their support in World War II. The tree is also widely sought after for pulp to be used in paper production. In 1922, 55% of all pulp for paper production in the Northeast United States was from Norway spruce.

The tree is naturally occurring in Eastern Europe extending from the Ural Mountains in Russia and north to Finland. It has widely become naturalized in Western Europe and across North America. It is a fast growing tree that is planted on college campuses and town squares, and has germinated in northern boreal forests in the US and Canada. In the first 20 years of life, a Norway spruce can grow vertically up to 9 feet each year. As the tree matures, incremental growth at the base provides stability as it towers above 100 feet. 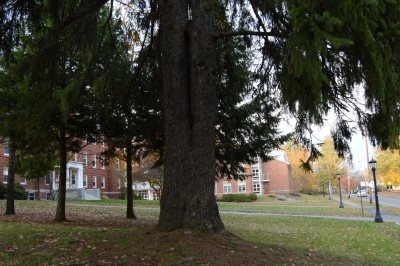 The Norway spruce is thought to be one of the oldest growing trees in the world; some individual trees have been carbon dated to be over 9000 years old. Although technically it is a clonal tree, meaning it has spurred up from a collective root system, the tree known as “Old Tijkko” in Western Sweden only recently grew taller than a stunted shrub. Influenced by environmental pressures, vertical growth of the tree had been stunted until the 20th century, when rising global temperatures allowed the tree to reach its current height of 16 feet. The Norway spruce has proved to be quite an incredible tree.

Silvics: Picea abies natural range is Eastern Europe, from the Northern Steppes, Sweden and Finland, down to the Balkan Peninsula and Alps. It has been introduced and naturalized in North America.