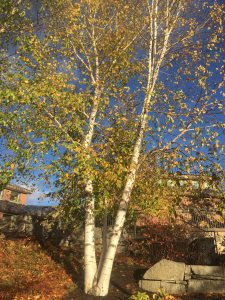 Known as the state tree of New Hampshire, the paper birch (Betula papyrifera) is commonly referred to as a ‘poor man’s fire starter.’ The trees’ characteristic white papery bark is impossible to miss in the forests of North America, as it commonly contrasts with the green, brown, and grey barks of other trees. Stretching upwards of 40 meters with a trunk up to 2.5 meters in diameter, this medium-sized deciduous tree often grows with a single trunk. Growing best in well-drained soils, the paper birch is commonly classified as an intolerant pioneer species, meaning that it often propagates in open areas with high solar exposure. As a native species of New England, the paper birch extends throughout the northern reaches of the continent, into Alaska and northern Canada. 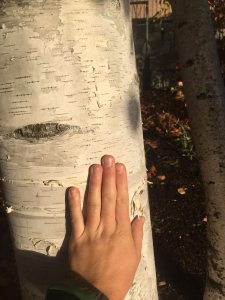 In addition to the trees’ fire-starting capability, the paper birch has long stood as an important resource for Native American tribes. While tea was commonly made from the root bark and young leaves, Native Americans often constructed birch bark canoes, buckets, and baskets. Additionally, the bark has been used to make casts for broken bones. Similar to one of New England’s infamous tree species, the sugar maple, the paper birch can be tapped in the spring to obtain sap, from which beer, syrup, wine, and vinegar are made. Today, paper birch is typically used commercially for pulpwood, plywood, veneer, and turnery, while it is also a desirable ornamental planted around homes and public buildings, in parks, and on campuses. Moose, snowshoe-hare, and white-tailed deer browse paper birch, while numerous birds and small mammals eat the buds, catkins, and seeds.

Like many tree species in New England and the northern hemisphere, the paper birch is susceptible to several pests, including the bronze birch borer and the birch leaf miner. Fortunately though, the medium sized deciduous tree, characterized by its white papery bark, continues to flourish in the deciduous forests of North America. 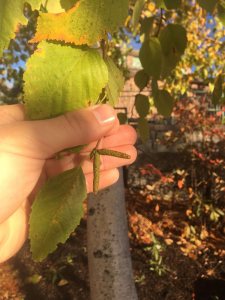 Bark: Red-brown at first; then separating into papery strips