He was a loving husband, proud father, devoted son, compassionate brother, and a loyal friend to many. He is survived by his wife, Margaret Maurer-Fazio; his daughter, Hannah Fazio; his mother, Irene Fazio; his sister, Roseanna; and his brothers, Robert, Raymond, Ross and Anthony. 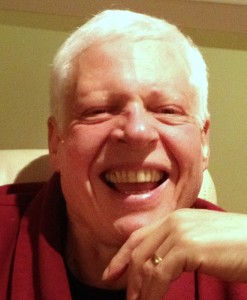 The courage he displayed in his final battle with cancer was honed many years earlier during his military service during the Vietnam War, where he was awarded the Bronze Star for bravery.

He graduated from Point Park College in Pittsburgh with a degree in computer science. When the family moved to Maine, Ron joined Information and Library Services at Bates College, where he served with distinction for many years.

He shared his wife and daughter’s love of Asia, traveling frequently with them to China, Japan and Australia, and returning to a peaceful Vietnam. Such passion is symbolic of Ron’s wholehearted love of life. Whether playing golf, participating in the Bates College fitness programs, preparing his famous chili or paella, or listening to his daughter play the piano, he did so with enthusiasm and an ever-present smile.

Ron was a man of unwavering faith. He shared his faith with others, and his faith sustained him until the end. Through his strong spirit and big heart, he wove together a seamless tapestry of diverse communities: his family, church life, friends and Bates colleagues. He was the center of an enormous Venn diagram.

Ron’s family is grateful for the wonderfully compassionate and truly professional care during his last month by the staff of Hospice House. In lieu of flowers, please send donations to Androscoggin Home Care and Hospice, 15 Strawberry Ave., Lewiston ME 04240.

A celebration of Ron’s life will take place at 4 p.m. on October 18, 2014, in the Olin Arts Center Concert Hall at Bates College, 75 Russell St., Lewiston.