Myron Beasley, Associate Professor of American Studies was featured in several publications. The first was in the Portland Press Herald on July 22, 2018, Bates professor tells story of Malaga Island, including its dark chapter of forced exodus and then in the publication, The Maine Trust Project, (independent, nonpartisan, nonprofit, journalism) on November 15, 2018, Building a community one dinner party at a time.

Mary Rice-DeFosse, Professor of French and Francophone Studies and a member of the American Studies Program, recently had  presented two scholarly papers:

This short-term course explored art and social protest in the context of U.S. history. Grounded in cultural theory of Benjamin and Fanon, who articulated the power of the arts to produce revolutions, the course specifically engaged in American cultural politics through the production and dissemination of political posters. Students examined the poster (broadside) from multiple rhetorical dimensions and interrogate the proliferation of the printed political broadside and contemporary movements between analog and digital media (Instagram, Facebook, Twitter, blogs) and platforms. They considered the utilitarian status of the printed poster with the immediacy of digital social platforms. They worked with noted artisits/printmakers, Amos Kennedy, Jr. and Emory Douglas to make posters, and curate a show. 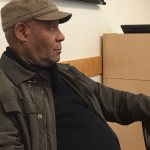 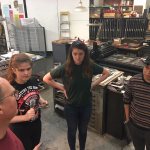 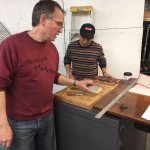 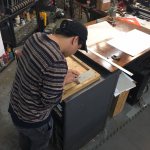 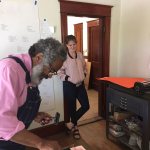 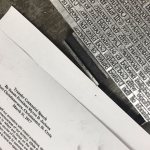 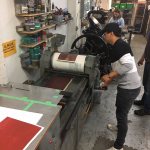 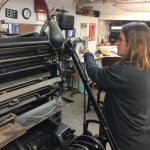 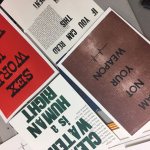 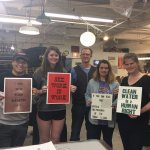 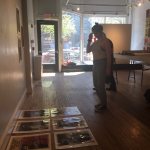 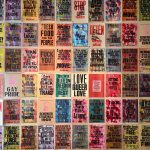