Affectionately known as “the Puddle,” Lake Andrews and its environs are a campus and community attraction.

A typical day finds walkers doing circuits on the lakeside path (four times around is about a mile) as students hang out at the granite amphitheater. 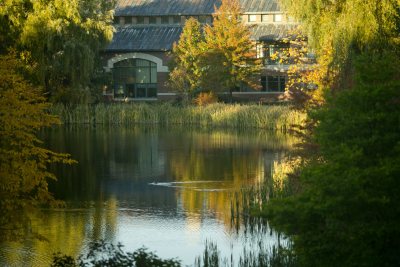 Lake Andrews on an October afternoon.

In spring, the pond is a popular setting for local high school students and families to take prom and graduation photos.

There’s winter fun too: the annual Puddle Jump, a Bates student tradition since 1975, is held during Winter Carnival.

“It’s a place of respite and rejuvenation,” said Jack Keigwin ’59, who funded a major restoration of the area in 1998 that vastly improved the health and aesthetics of the pond while creating the Burgoyne Lakeside Walk and the Florence Keigwin Amphitheater near the Olin Arts Center.

The pond’s history dates to the early 1900s, when students created the college’s first hockey rink by damming a small seasonal stream on the north side of campus. “We are assured of a sizable pond on our campus, suitable for skating in the winter and canoeing through the summer,” reported The Bates Student in December 1914.

Lake Andrews stewardship and use policies

For his help with the rink, students named the pond in honor of Superintendent of Grounds and Buildings Delbert Andrews, Class of 1910.

In 1958, Bates excavated and landscaped the area, turning the informal Lake Andrews into a true campus pond. The 1998 restoration added aquatic and terrestrial buffer vegetation, including lots of bulrush, for erosion control and to help filter nutrients that can create algae blooms.

Indeed, Lake Andrews is a pond with a purpose. About a quarter of the college’s 133 acres drain into the 2.13-acre body of water, and its storage capacity prevents campus runoff from overwhelming the city’s drainage system during major rainstorms. 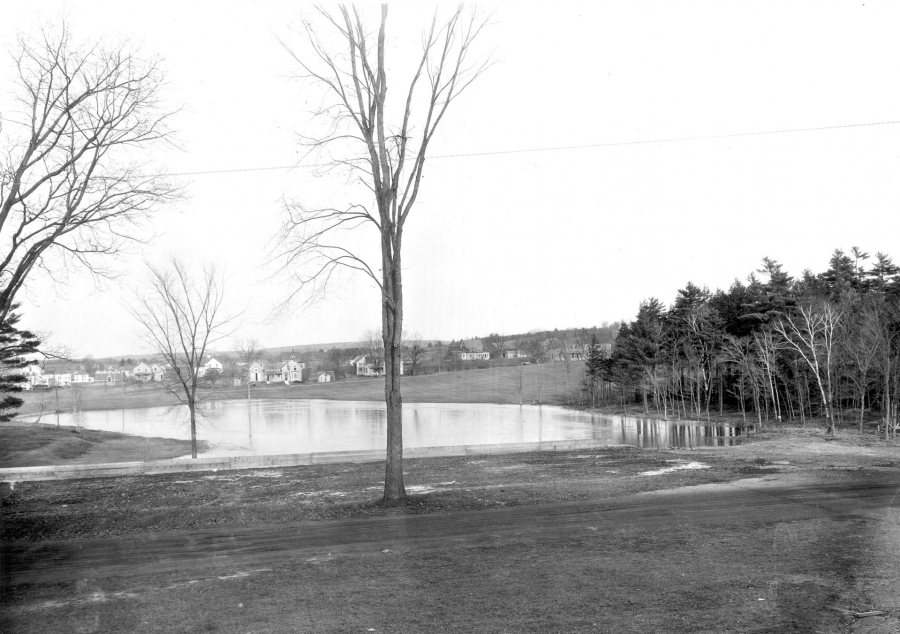 Lake Andrews’ first iteration, in the 1920s, as a pond created by a student dam.