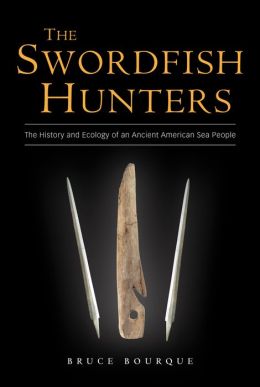 The History and Ecology of an Ancient American Sea People

Prof. Bruce Bourque, Chief Archaeologist and Curator of Ethnography at the Maine State Museum and lecturer in Anthropology, interweaves three narratives into a fascinating and engaging account of the distinctive Red Paint culture of ancient coastal Maine.

In the closing years of the nineteenth century, strange objects began to come out of the ground in Hancock County, Maine. They were quickly recognized as prehistoric artifacts of stone, but they were very unlike the spear tips and other small artifacts collectors gathered from coastal sites as they eroded into the sea. Many were large and finely crafted, some made of beautiful stone from far-off places. Strangest of all, they came from pits filled with a brilliant red powder called red ocher. These were ancient graves clustered into large cemeteries. This book tells the story of the Red Paint People and the archaeologists who have tried to understand them for over a century. Interwoven with that story is one of scientific growth and evolution, as archaeologists have adopted new research models in collaboration with a broad range of natural scientists to flesh out the life story of a remarkable prehistoric culture: the swordfish hunters.