After 22 years of marriage and 10 children, Charles Dickens famously dumped his wife, Catherine Dickens, in 1858.

Wielding the power of his pen, he alleged that Catherine was mentally unbalanced and an unfit wife and mother; in truth, he wanted to take up with a younger woman, actress Ellen Ternan.

For years, critics and biographers took his word for it. Now, Professor of English Lillian Nayder has debunked the novelist’s unkind portrayal of his wife with her 2010 biography, The Other Dickens: A Life of Catherine Hogarth. 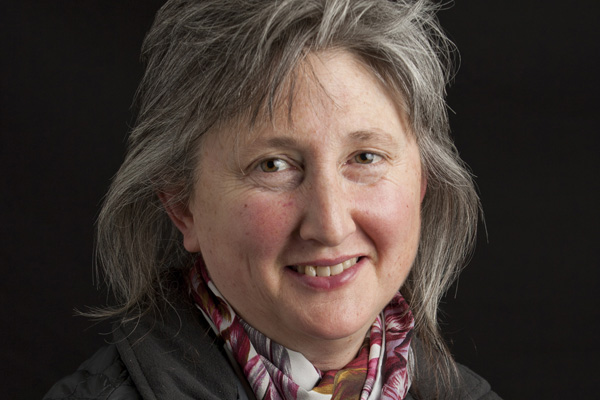 It was curious to me that Catherine was always dismissed by critics, while Dickens’ side of the story was always accepted — even though there was plenty of evidence to suggest that he had fabricated tales about his wife. Critics just didn’t want to go there. Charles Dickens has shaped the language of her story — and he told a lot of lies about her.

He wrote a letter that made its way into the New York Tribune, the so-called “Violated Letter,” in which he said that the “peculiarity of her character” had “thrown all the children” onto the care of Catherine’s sister Georgina, the Dickens family housekeeper. Untrue.

It’s a complicated family plot. Catherine’s sisters — Mary and Georgina — have always been portrayed as taking his side.

Dickens’ various claims to and about them have cheapened and obscured the relationships among all the sisters. After the 1858 separation, Georgina chose to stay in Charles Dickens’ household, so that’s always been a particularly gnarly issue. There was a third sister, Helen — Catherine’s close friend and ally — but she’s been ignored until now.

Why did Charles Dickens treat his wife that way?

He had some real explaining to do if he was going to force his wife out of the house. But he couldn’t admit publicly that it was because he was interested in a young woman the same age as one of his daughters. Divorce wasn’t an option because one had to show that adultery had been committed by the husband or the wife. Dickens didn’t want to go there. He was the novelist of hearth and home.

You looked at the couple’s sex life, too.

By knowing the time intervals between a woman’s deliveries and conceptions, we can use mathematical models to determine the sexual activity of a couple that isn’t using contraception. Critics have always claimed that Dickens, by 1850, had lost interest in his wife, but their sex life was as active in the early 1850s as it was in the early 1840s.

To give you one example, the 310-day interval between Catherine’s eighth delivery and her next conception in 1849 is about the same as the interval after her second delivery in 1838 and suggests four acts of intercourse per month.

What did you interpret from Charles’ practicing mesmerism, what we call hypnotism today?

He did mesmerize Catherine — initially in Pittsburgh during the 1842 American tour — but it didn’t have any therapeutic rationale because Catherine wasn’t ailing. I think he wanted to demonstrate that he could, in fact, control the very consciousness of his wife. In a similar way, Dickens has mesmerized generations of biographers. He’s a very powerful influence, and I’m trying to resist that.

So when Catherine wrote a cookbook, later critics dismissed it as bad food from an unstable fat woman?

The book mostly offers meal plans, or bills of fare, and Dickens biographers have used it against her, as more evidence of why the marriage “didn’t work out.” Her husband was seen as light and mercurial, and she was seen as this burdensome body weighing him down with macaroni and cheese.

Modern critics looking at Victorian meals are bound to be put off. The dishes have heft — fricassee chicken, fried potatoes, marrow pudding, macaroni and cheese, a lot of bacon, and Italian cream — but people didn’t eat everything that was presented to them at the table. There might be 10 dishes, but guests would pick and choose. Essentially, Catherine has been blamed for Victorian cooking, which has itself been misrepresented.

Just recently, Susan Rossi-Wilcox has read Catherine’s book in the context of Victorian cookery. What she shows is that Catherine was on the ball and used her ingredients well. She wasn’t some inept macaroni lover.

Was Catherine’s body compared to an ideal Victorian body type?

Victorians had a pretty clear sense of obesity. But the range of descriptions of Catherine shows that not everyone saw her and immediately thought, “that woman is fat!” Some thought she looked quite pleasant.
Most of the negative interpretations of her body reflect the way her marital history has been reinvented by critics, following Dickens’ lead. The criticism of how she looked wouldn’t have been launched had the marriage remained intact.

When did your students help test Catherine’s recipes?

During my Short Term several years ago called “Constructing Catherine Dickens.”
I’ll never forget the image of two students in my kitchen making orange fritters, which are battered and fried orange sections. The oil was splattering everywhere but the fritters tasted really good. Then again, fried anything tastes good.

What would Charles and Catherine’s story look like in today’s tabloid and social-media context?

There’s really no comparison because what’s considered appropriate in the situation of an injured wife has changed so drastically since the 1850s. Catherine made no public statement at all about her treatment by Dickens. Today, even Tiger Woods’ wife has had her interview with People magazine. Catherine always declined those opportunities.