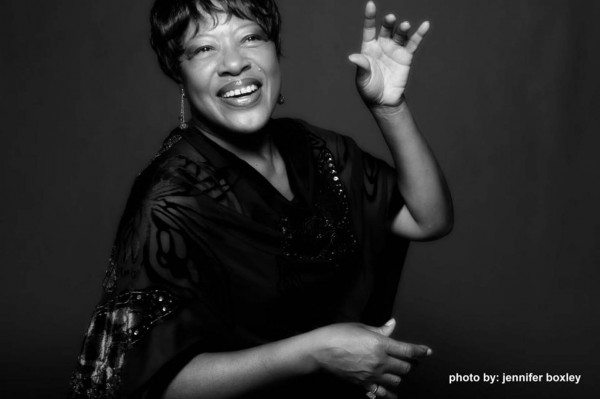 Francine Reed concludes the Concerts on the Quad series with a 6:30 p.m. performance on Aug. 15.

The concert takes place on Bates’ Historic Quad, at College Street and Campus Avenue. Admission to the series is free, and audience members are encouraged to bring picnics and chairs or blankets.

A veteran blues, gospel and jazz singer, Reed performs at Bates with musicians including several from Maine. She may be best-known to many listeners for her work as part of Lyle Lovett’s Large Band. But though she didn’t receive national recognition until she began recording with Lovett in 1985, she has always been a singer, first performing with her family gospel choir.

Reed began performing professionally in the 1980s, picking up gigs in jazz clubs and functions in Phoenix, Ariz. She became known for her powerful voice and commanding stage presence, offering a blend of jazz, blues and R&B. She opened shows for such artists as Miles Davis, Etta James, Smokey Robinson and the Crusaders.

In 1985, friends introduced Reed to Lovett, who was searching for a female singer for his new band. Lovett was still a struggling performer when they met, but as his star rose, Reed became an integral part of his show.

Reed toured with Lovett as a background vocalist, but also performed duets with the country musician. She was featured on several Lovett albums and sang with him on such television shows as “Late Night with David Letterman,” “The Tonight Show” and “Regis and Kathy Lee.”

After moving to Atlanta, she recorded her debut solo album, I Want You to Love Me (Ichiban International, 1990), which featured a duet with Lovett. The follow-up, Can’t Make It on My Own (Ichiban, 1996) included a duet with Delbert McClinton. Subsequent discs include Shades of Blue (Compendia, 1999) and American Roots: Blues (Ichiban, 2002).

A standout in a typical Reed set is her rendition of the 1924 classic “Wild Women (Don’t Get the Blues).” Reed performed on Willie Nelson’s acclaimed 2000 album Milk Cow Blues, lending her talent to the title track as well as to Nelson’s countrypolitan classic “Funny How Time Slips Away.” In recent years Reed has appeared as the character “Chanteuse” for the avant-garde theater Teatro ZinZanni in Seattle.