Khushi Choudhary ’23 chanced upon what appears to be an imprisoned woman outside St. Paul’s Cathedral in London. The figure is actually an allegory of Ireland and sits with her harp within the Statue of Queen Anne outside the cathedral. Choudhary, however, is interested in the photography of sculpture and architecture and looks for interesting compositional possibilities. 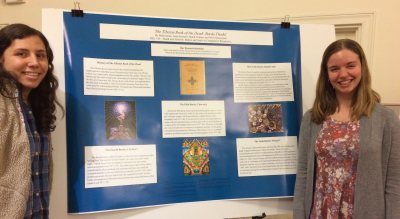 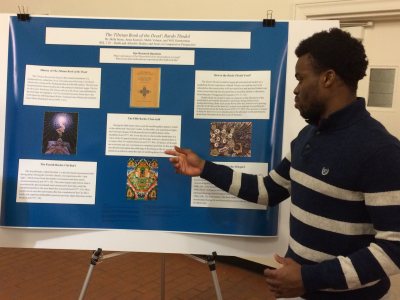 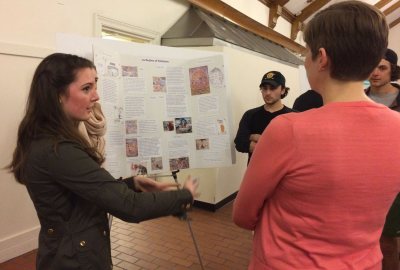 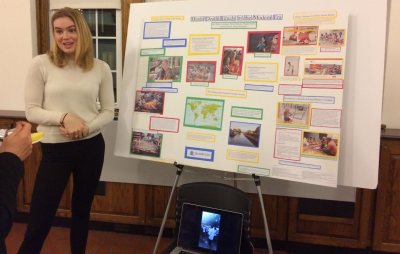 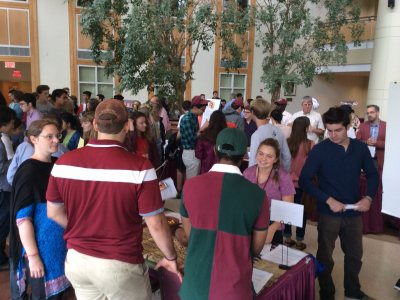 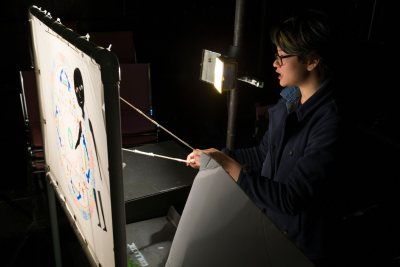 Keila Ching ’18 of Honolulu, Hawaii, a student in “Epics of Asia” taught by Assistant Professor of Religious Studies Alison Melnick, performs her final project in the Black Box Theater. For their finals, the students were asked to reinterpret an epic myth in a format of their choice, and Ching opted to create a shadow puppet performance featuring a prologue to the Tibetan myth of Gesar of Ling. Spring 2016 (Phyllis Graber Jensen/Bates College) 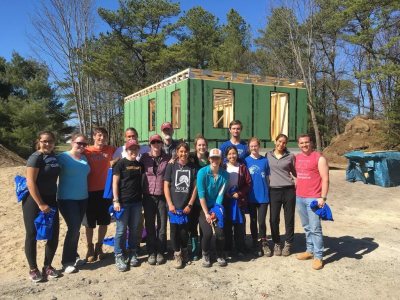 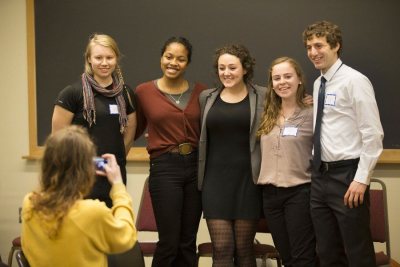 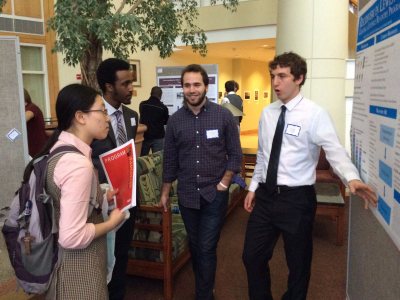 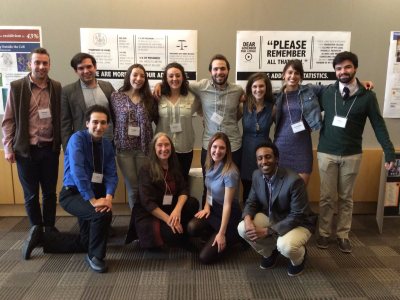 Religious Studies seminar students present community-engaged projects at a poster session in conjunction with the “Chaos or Community:  Conversations on Criminal Justice Reform in Maine” symposium at Bates.  April 2016.

Professor of Religious Studies Cynthia Baker slices an apple for students in her first-year seminar, “The Nature of Spirituality.” She asked them to dip the fruit into honey as an expression of hope for a sweet school year. The ritual is inspired by an age-old Jewish New Year tradition. Baker and her students had just climbed Mount David, a 389-foot granite outcropping near campus, where they followed the apples and honey with a discussion of “Nature,” a Ralph Waldo Emerson essay published in 1836. Today, all members of the Class of 2019 met with their first-year seminar instructors for class discussion and academic advising. Fall 2016 (Phyllis Graber Jensen/Bates College) 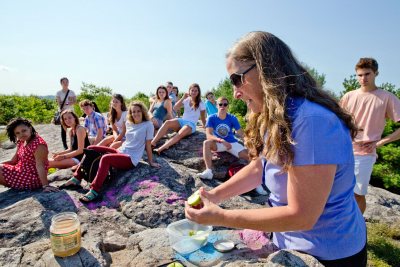 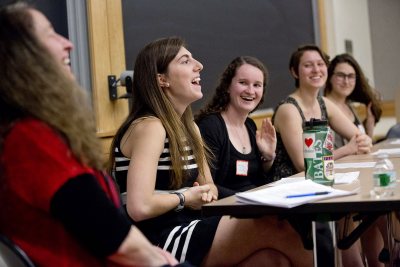