Lewiston and Auburn, twin cities on the revitalized Androscoggin River, are home to a number of parks and walking trails, along with natural gems such as Lake Auburn and the 357-acre Thorncrag Bird Sanctuary. 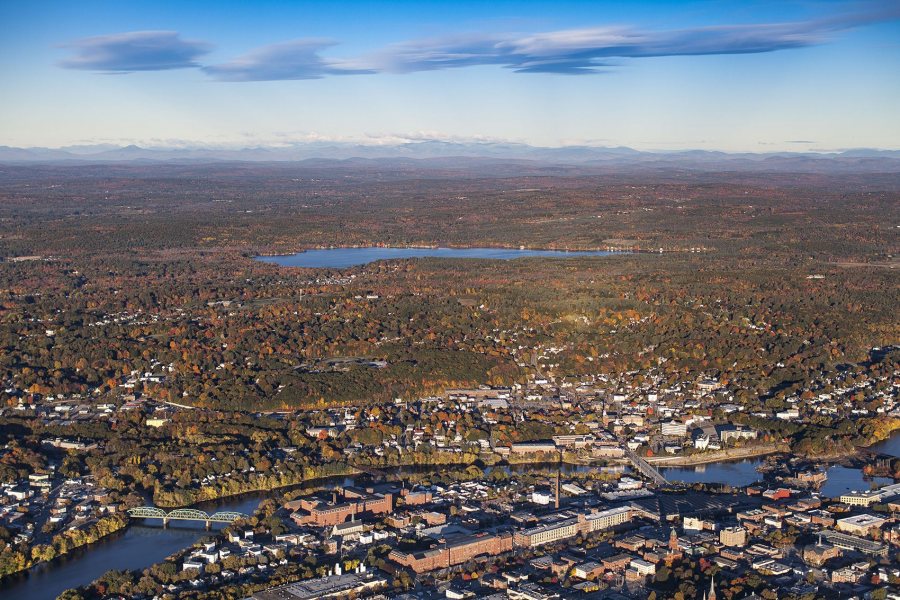 Former mill towns in the midst of a renaissance, the Lewiston-Auburn area (known as L-A) is home to a first-rate professional theater, a symphony orchestra, several art galleries and colorful celebrations like the Great Falls Balloon Festival.

Daily life in L-A has a distinctly French accent owing to the thousands of French Canadian immigrants who came to work in textile mills powered by the Androscoggin River in the mid-19th century.

More recently, Lewiston has seen the arrival of new residents, including a vibrant Somali and Togolese population.

107,552 in the Lewiston-Auburn Metro Area; 58,893 in the twin cities; second-largest metropolitan area in Maine.

40 minutes north of Portland; one hour from the ocean or mountains.

A distinctive regional culture of tradition and innovation

One of the attractions of Bates is the opportunity to live in Maine, which is known for its coast, north woods, mountains, lakes and rivers, as well as safe mid-sized cities and villages.

Bates’ tree-shaded campus in Lewiston is equally handy to the rugged Maine coast, the White Mountains and the Lakes Region. The seaside city of Portland and Freeport, home of outdoor outfitter L.L. Bean, are each within a 45-minute drive.