Is a Gap Year for You?

The reasons for these requests vary greatly, but typically a gap year contributes to a student’s growth and learning. As long as you are not enrolled as a full-time degree-seeking student at another institution, gap-year requests are generally approved.

Students who have been accepted for admission to Bates who wish to request deferred admission should do so in writing:

Avery Wolfe ’18 of Anchorage, Alaska, did a gap year in 2013-14. Now a graduate, she explains why she chose the opportunity and how it benefited her and her Bates experience.

In spring 2013, Wolfe was accepted to Bates. Her sister had gone East for college, and Wolfe always wanted to do the same thing. “I always liked following in her footsteps.”

Nevertheless, she had second thoughts about heading straight from high school to college. “Part of me felt like I wanted to do my own thing rather than what everyone else in my family had done, or what so many people I knew were doing.” 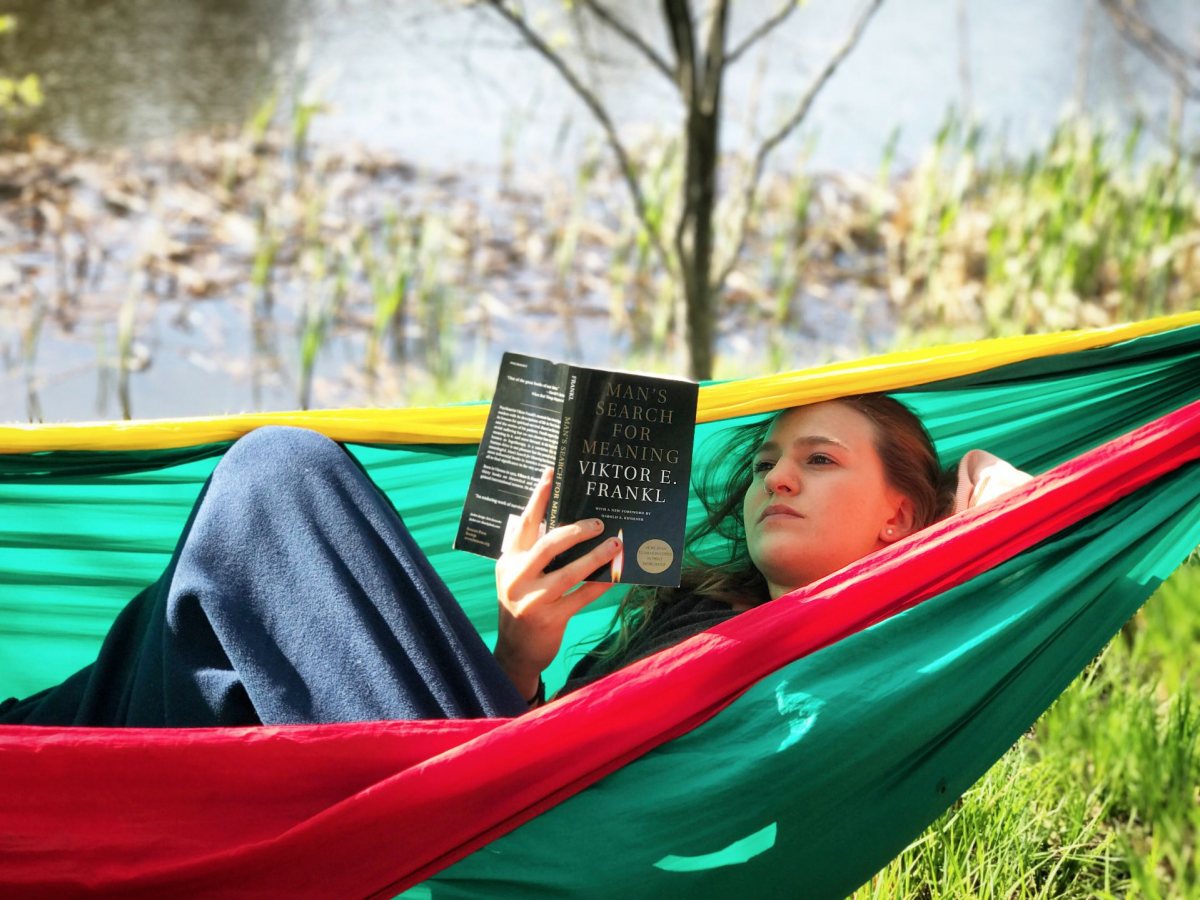 Avery Wolfe ’18 of Anchorage, Alaska, reads Man’s Search for Meaning for a Short Term course called “Life Architecture.” She explains that the Purposeful Work course is geared toward juniors and seniors “who are building a foundation for how we want to live our lives after Bates.” (Phyllis Graber Jensen/Bates College)

So Wolfe decided to make tracks of her own, choosing to defer Bates for a year and embark on a gap year.

Students who take a gap year “come to Bates with a greater level of maturity.”

It was a decision supported by Dean of Admission and Financial Aid Leigh Weisenburger. “We are strong proponents of the gap year,” she said. “When you think about the human development, there’s a tremendous growth and maturation from 18 years old, the age most students matriculate at college, to age 19.”

Students who take a gap year “come to Bates with a greater level of maturity,” she adds. “In most instances, they’ve had to create their gap year on their own.” That was the case with Wolfe.

She worked for six months in Anchorage before spending a semester at the International People’s College, a Danish folk school that emphasizes international relations, global affairs, lifelong learning.

“It was valuable to work and rewarding to earn my own money,” she says. “I bought my first car and was able to pay for the Denmark program, too.”

A folk school offers adult learners less-formal educational opportunities. Originating as a Danish concept in the early 20th century, it has since spread to the U.S.

“The folk school gave me a relaxed and lower-stakes opportunity to explore myself — to live away from home, be independent, meet people, and think about time management and my own health.”

After a semester, “I felt way more prepared for Bates, and way more confident.”

And that’s what Weisenburger sees among gap-year students who enroll after a year off. “They bring new perspective and maturity to campus. They contribute something extra to the class, like an added layer to cake.”

An environmental studies major, Wolfe says that her gap year made Bates a better experience. It contributed to everything from a love for travel to an independent academic spirit.

During her junior year, she studied at the National University of Ireland, Galway, where a course in green politics and smart cities sparked an interest. Back at Bates, a course in urban sustainability convinced her to pursue the field of urban planning.

“My values were instilled in me by my parents and family. My gap year gave me a way to explore those values, both independently and with other people. And that has helped direct my path at Bates.”