Highlights of the week.

We then travel to Danang, first to visit the Cham Museum and My Son—the holy city of Champa, and Hoi-An, the ancient town, dated from the seventeenth century. At this point, students begin studying the architecture and art of Champa, a country that once existed in central Vietnam from the second century CE to the seventeenth century. But it was then annexed by Vietnamese and it has now become central Vietnam. As the Vietnamese people expanded southward, they pushed the Cham to move further south along the coastal area.

Following the ancient route, students will study the remaining ruins and landmarks of the Cham architecture, particularly in Quy Nhon and Nha Trang, once the capitals of Champa. They will visit the Twin Towers in Quy Nhon and the ninth century Po Nagar Temple in Nha Trang. 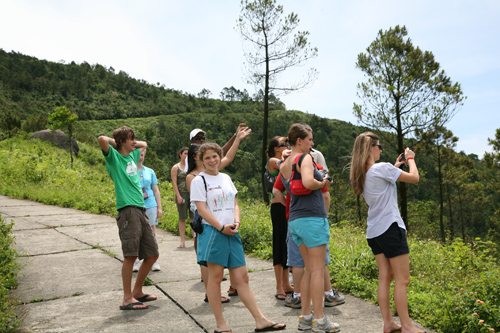