Friends and family raise a barn, and some community spirit, at the farmhouse wedding of Kirsten Walter ’00 and Ben Ayers ’99

Kirsten Walter ’00 and Ben Ayers ’99 didn’t register for traditional wedding gifts — eschewing the deep-sided pie dish, $17.99 at Macy’s — but instead asked friends and family to contribute to a barn-raising at their circa 1800 farmhouse in Leeds, Maine.

For two days prior to their Sept. 15 wedding, held in the completed barn, scores of family and friends, including some three dozen Bates alums, gathered to raise the frame and enclose the new building. Ben Ayers ’99 hammers pegs on Day One of the barn-raising as neighbor Kevin Hudner, an experienced timber-framer, steadies the beam.

The truism resonated with the couple, whose careers involve building communities by building trust — she as founder of the urban-agriculture nonprofit Lots To Gardens, he as project director for the dZi Foundation, serving Himalayan communities. “We decided to accept everything that was happening,” says Walter, “and to feel incredibly honored by the trust, community, and friendships it helped us build.” 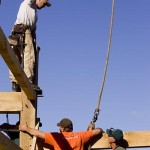 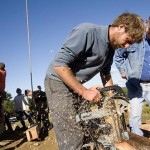 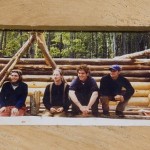 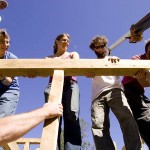 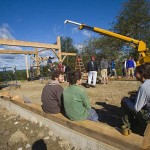 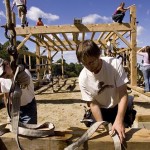 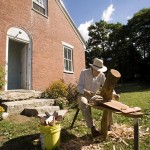 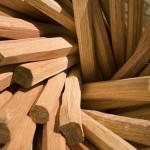 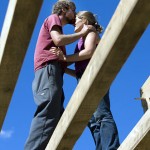 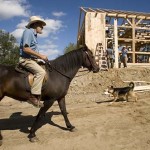 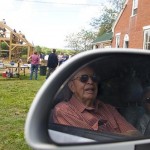 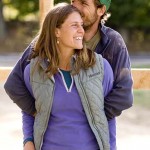 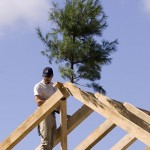 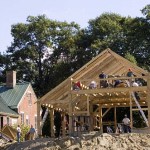 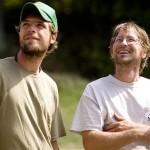 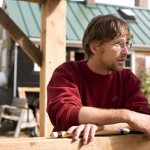 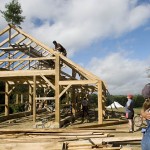 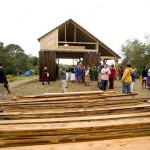 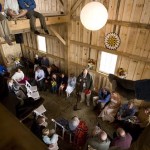 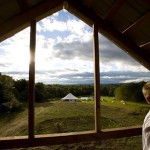 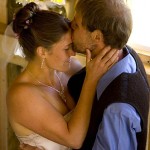