Three panelists will present a discussion titled Perspectives on the Middle East Conflict, followed by a question-and-answer period, at 7 p.m. Wednesday, Oct. 2, in the Benjamin Mays Center, 95 Russell Street. The public is invited to attend this event, sponsored by Bates Hillel and cosponsored by the Bates Democrats, free of charge.

Panelists include Michael Peisner, chair of the International Committee of the Jewish Community Alliance of Southern Maine; Rebecca Neuwirth, coordinator of special projects for the American Jewish Committee (AJC); and Steve Hochstadt, professor of history at Bates College.

“This timely discussion is an opportunity to hear experts in the field and learn more about the conflict,” says Bates senior Matt Scherzer of Simsbury, Conn., vice president of Bates Hillel.

As AJC special projects coordinator, Neuwirth works in close cooperation with the organization’s executive director on international and domestic policy. With 115,000 members worldwide, AJC is devoted to eradicating anti-Semitism and advancing understanding between peoples. Neuwirth also serves as executive director of Thanks to Scandinavia, an AJC institute founded in 1963 by Danish humorist and pianist Victor Borge and New York attorney Richard Netter. The organization has awarded thousands of scholarships to Scandinavian students and educators in gratitude for efforts to rescue Jews from the Nazis during World War II.

Neuwirth edits the AJC Journal, a bimonthly newsletter, and directs the AJC Fellows Program, an international student internship opportunity. She has helped to raise and distribute funds for Kosovar refugees, Turkish earthquake victims and U.S. families affected by the Sept. 11 attack.

A historian of modern European history, Hochstadt has chaired the history department chair at Bates since 1995. A member of the board of directors of the Holocaust Human Rights Center of Maine and of the Sino-Judaic Institute of Menlo Park, Calif., Hochstadt teaches a biennial lecture course, “The Holocaust in History: The Genocide of European Jews,” one of Bates’ most popular offerings. In 1994, Hochstadt wrote the script for an Emmy-nominated video, Maine Survivors Remember the Holocaust. Awarded the 2001 Pizzagalli Construction Company Celebration of Excellence Award given to those who “set examples for others by their commitment to excellence,” Hochstadt received the 2000 Allan Sharlin Memorial Prize for Mobility and Modernity: Migration in Germany, 1820-1989 (The University of Michigan, 1999), given by the Social Science History Association for best book in social science history.

Hochstadt has a forthcoming collection of Holocaust documents for students in courses like his own. His long-term research project concerns European Jewish refugees in Shanghai. Hochstadt’s grandparents were among those who fled Vienna for Shanghai. 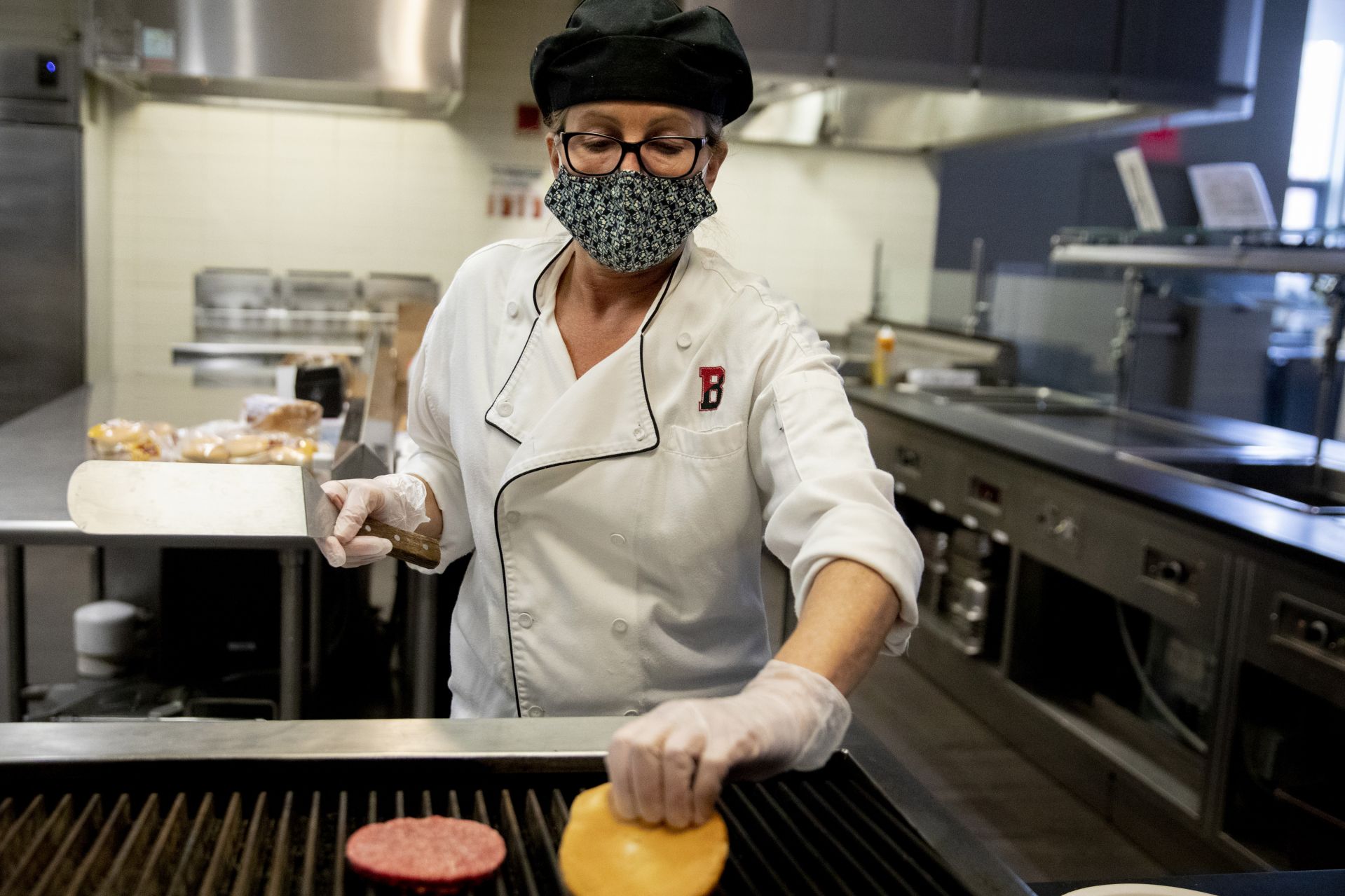 By hand-making face masks for Bates workers, students feel ‘part of something’