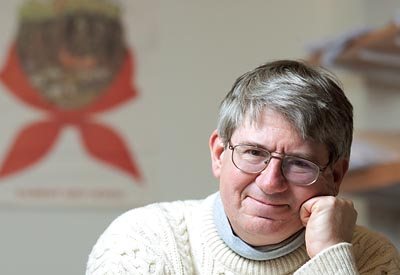 For about a decade after the 1991 fall of the Soviet Union, hundreds of millions of Western dollars poured into Russia to promote civil society. The money, however, didn’t do the trick, and some of the reasons why are explained in a recent article by Professor of Politics James Richter titled “Integration from Below: The Disappointing Effort to Promote Civil Society in Russia,” published in Russia and Globalization: Identity, Security, and Society in an Era of Change (2008), edited by Douglas Blum.

What’s your definition of civil society?

A common definition is that it’s the public space between the state and the household where individuals organize to put forward a common interest. It can include “nice” organizations like the bowling leagues that Robert Putnam writes about. Some even suggest it could include a group like the Ku Klux Klan, though most would argue that an organization has to be legal to be part of civil society.

Was civil society seen as a prerequisite for Russian democracy?

Yes, and not just in Russia. Establishing civil society was seen as very important in the wave of democratization in Latin America and Eastern Europe in the ’80s and ’90s.

You give a few reasons why Russian civil society didn’t proliferate: The West failed to engage existing post-Soviet structures, and Western influence tended to isolate new Russian NGOs from their own society. You also blame the rise of Vladimir Putin.

Putin has a philosophy that I call gosudarstvennost, where the state embodies the collective will of the nation. What this means is that while Putin himself has put a lot of money into various Russian NGOs, he has a narrow conception of civil society: that it should serve the state. That’s why Russia’s West-funded human rights organizations are often labeled as extremist and illegitimate.

A few years ago, you compared the personal narratives of Putin and President Bush.

They both have this narrative of their youth where they were dissipating their energies, then found self-control. Putin found the KGB; Bush found religion. In that way they did have a personal understanding.

Do you see any similar comparison between presidents Obama and Dmitry Medvedev?

No, and I don’t know how Obama is going to respond to Russia. When Obama said in his inaugural address that “we will extend a hand” to certain regimes “if you are willing to unclench your fist,” I thought of Putin. Obviously, Russia is a country you have to talk to. You’d be dumb not to. But you don’t expect much, because Putin and the elites are creating a jingoistic vision of the outside world where Russia is this beleaguered place without friends.

The Russian mindset is very diverse, as is the American mindset. What is true about Russia is that Putin has a vision about wanting control and power. For example, he wrote papers, even before his political career, about how Russia should build itself up as a great power using its energy resources. He’s a KGB guy who hearkens back to the notion of a strong state and a great power. He’s touching those strings of Russian history and not touching others.

What is he not touching?

The intellectual streak. The streak of great skepticism about power, the state, and ideology. Or the idea of charity in the history of Russian political thought.

Some say the Bush administration also made great efforts to consolidate power.

Bush never went as far as Putin — it’s a big difference — and Bush couldn’t have consolidated such power even if he wanted to, and I don’t know if he did, because the U.S. system doesn’t allow it. Having said that, I was talking with an old friend in St. Petersburg in 2007 and commented on the increased feeling of chauvinism and nationalism in Russia. He said he felt the same thing when he visited the U.S. in the early 2000s. The only difference, he said, was that Putin succeeded — oil prices went up and things got better for Russia — while Bush failed because the Iraq war failed. Point is, both societies are susceptible to chauvinistic rhetoric; we’re both anxious former superpowers.

You’ve led Fall Semester Abroad programs in Vienna. What was the hot-button era there?

Austrians are just coming to terms with the legacy of the Nazi era. Before I led my last trip, in 2006, I was talking to a man visiting Bates from Vienna, telling him about the semester. In sort of a mock protest he said, “We’re very sorry for the 20th century!” Vienna before World War I was a bubbling caldron of modernity — Hitler, Freud, Mahler, Wittgenstein were all there — but it was a modernity with very dark features.

I am interested in how states think, so I recommend Seeing Like a State by James Scott. Regarding the Soviet Union, there’s Everything Was Forever, Until It Was No More by Alexei Yurchak, about how everyone thought the Soviet system would never collapse but once it started to collapse everyone said, “Of course!” And there’s How Russia Really Works by Alena Ledeneva, about behind-the-scenes Russia, the informal ways elections are fixed, books are fixed, and things like that.