No News is Bad News 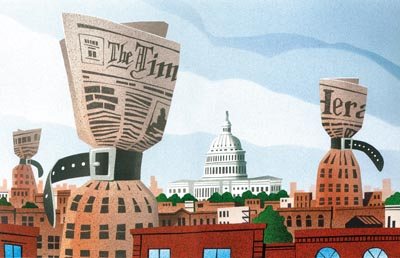 Facing the worst economic crisis in generations and an unpopular war in Iraq, President Barack Obama arrived in Washington shattering racial barriers and promising momentous change in the way the United States conducts itself at home and abroad. Reporters from around the globe have descended on the nation’s capital to document the unfolding historic drama.

American newspapers, meanwhile, are pulling their correspondents out.

Wracked by declining readership and advertising revenues, daily papers in every major American city have scaled back their Washington bureaus or closed them altogether. It is the latest sign of a decade-long financial skid in the American news industry, where austerity measures have become commonplace.

But as Washington correspondents vanish, troubling questions arise. If Thomas Jefferson was right that “a well-informed citizenry” is necessary for a healthy democracy, what happens when the American public is unaware of their elected officials’ work in Washington? Could the result be pay-to-play journalism, where information is increasingly available only to those able and willing to pay top dollar for it?

“Residents elect people to represent them in Washington, so we don’t want those politicians going off and forgetting where they came from,” he says. “We ought to keep close tabs on how they are spending their campaign money, who is giving them contributions, and whether they are fulfilling their campaign promises. To pull out of Washington and leave these guys uncovered would be a travesty.”

Yet few newspapers have been spared from the current cutbacks. The Newark, N.J., Star-Ledger, the St. Louis Post-Dispatch, and the San Diego Union-Tribune have pulled their reporters out of Washington. Cox Newspapers, which had 30 people in its Washington bureau including correspondents for The Austin (Texas) American-Statesmanand The Atlanta Journal-Constitution, announced it will close its D.C. operation in April.

The Tribune company, which filed for bankruptcy protection last year, combined the Washington bureaus of the Chicago Tribune, the Baltimore Sun and the Los Angeles Times, cutting in half a staff of what had been 70 people only a year ago. The Wall Street Journal and The Washington Post even reduced the width of their papers to save money on newsprint.

My own former employer, The Times-Picayune of New Orleans, is keeping a two-person Washington operation intact even as its owner, the publishing giant Newhouse, closed its D.C. bureau in November.

To save money, newspapers fill their pages with stories from subscription wire services such as The Associated Press and Reuters. Yet wire services are designed to get news out broadly, not explain what a new federal budget means for public education, environmental protection, or police capabilities in, say, Lewiston.

“If you look at newspapers today, they are mostly wire stories that are national or international,” says Jeremy Pelofsky ’97, who covers Congress for Reuters. “You have to wonder if the interests of a city are being served by a wire report. And that’s coming from a wire reporter!”

The result of newspaper cutbacks will not be a news blackout, however. Quite the opposite. News of the Obama presidency and the work of the 111th Congress will explode out of Washington in such overwhelming volume that it will be impossible for all but the most dedicated hermits to ignore.

What will be lost is context and meaning. The main task of Washington correspondents has always been to stand at the center of power, politics, and policy and tell the folks back home what it all means to them. At their best, Washington correspondents aren’t merely reporters, but explainers, experts who “understand how the system works in D.C. and can apply that understanding to the issues and the political players most relevant to readers back home,” says Carolyn Ryan ’86, deputy metro editor at The New York Times.

Those explainers are the people who are losing their jobs.

At this writing, President Obama is talking about kick-starting the economy with a public works building spree reminiscent of FDR’s. It is a Washington correspondent’s job to find out which bridge and road projects back home will get green-lighted — and which won’t. It also falls to the Washington correspondent to see if the money is being disbursed equitably, what role politics is playing, and whether someone’s brother-in-law is getting a sweetheart deal to do the paving.

The value of a Washington bureau was never more evident to me than after Hurricane Katrina, in August 2005. With The Times-Picayune‘s downtown New Orleans offices flooded and abandoned, it fell to the Washington bureau to collect stories from reporters in the field and post them on the newspaper’s Web site. After the storm, the Washington bureau was also charged with tracking what Congress and the Bush administration were doing — and not doing — to aid in the recovery and the awesome task of rebuilding a major American city. 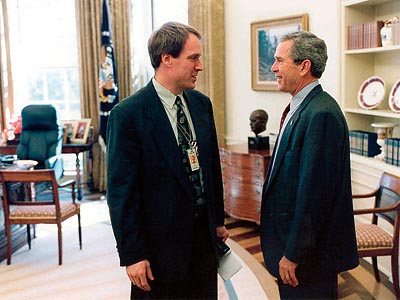 You could almost see Jefferson’s admonition about “a well-informed citizenry” come to life. When print editions of the paper arrived at evacuation shelters all over the state, they were snapped up like Springsteen concert tickets. Displaced residents were hungry for news about when they could return, what was left, and whether they could rebuild. Louisiana residents who previously couldn’t have named their local congressman were suddenly keenly interested in the wording of amendments to federal appropriations bills.

The outcry stirred by Gulf Coast residents about the federal commitment to hurricane recovery kept a steady fire burning under Congress and the Bush administration. None of it would have been possible, I would argue, without Washington correspondents reporting on the details of the federal efforts.

Yet by failing to manage their bureaus wisely, newspapers themselves are partly to blame for the current trend, suggests Carolyn Ryan.

Too often, she says, D.C.-based correspondents follow the same big story as the national news outlets, rather than giving a unique back-home perspective on news no one else is reporting. “I am not sure that most readers of regional newspapers concerned themselves with whether a straight-ahead White House daily story had a staff byline or a news service byline,” Ryan says.

To be sure, Washington newspaper correspondents have no monopoly on delivering the news. Any person with a laptop and Internet access can disseminate information globally, making the notion of getting all your news from a sheaf of paper tossed on your front lawn every morning seem almost quaint. This growing corps of “citizen journalists” has democratized media coverage forever and forced the mainstream media to adapt and, sometimes, follow. Politicians don’t merely worry anymore that The Washington Post is working on a big exposé, but whether embarrassing video footage will appear on YouTube.

Citizen journalists, too, tend not to be guided by the principles of the Journalist’s Creed, that their reporting represents “a public journal…a public trust.” John Howe ’77, editor of The Citizen in Laconia, N.H., recently made this point when he told The Bates Student that “sooner or later people are going to catch up with the fact that they have been misled by people who claim to be journalists when in fact they are writing from a perspective and writing with an opinion in mind.”

Interestingly, the number of Capitol press credentials actually hasn’t changed much in years, fluctuating between 1,800 and 2,000 members. What has changed dramatically is the composition of the Washington press corps, according to Joe Keenan, director of the U.S. Senate Daily Press Gallery.

As correspondents for mainstream newspapers leave Washington, reporters for narrowly focused specialty publications — such as those covering the pharmaceutical, chemical, financial, or energy industries — continue to arrive. Subscribers have a vested interest in developments at the White House and Capitol Hill and they are willing to pay thousands of dollars a year for reports from Washington.

The result, says Bill Kovach, former Washington bureau chief for The New York Times and former editor of The Atlanta Journal-Constitution, will be a two-tiered system where some people can afford to pay top dollar for their information and others can’t — or won’t. Inevitably, he predicts, it will only deepen Americans’ cynicism about their governmental institutions. Worse, he says, it “is tailor-made for government by oligarchy, plutocracy, or dictatorship as public understanding of issues and events is weakened, and a popular culture of misleading entertainment news fills the void.”

On Jan. 20, the newly inaugurated president promised in front of millions that “those of us who manage the public’s dollars will be held to account — to spend wisely, reform bad habits, and do our business in the light of day — because only then can we restore the vital trust between a people and their government.”

Yet the legions of correspondents sent home from Washington are left to wonder: Who, exactly, will shine that light on the nation’s business?