In Praise of Melancholy author to speak 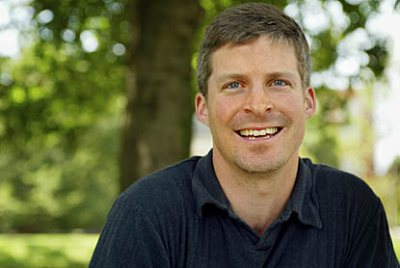 Eric G. Wilson, whose 2008 book Against Happiness offers a provocative antidote to America’s culture of “happiness at all costs,” visits Bates College to give a talk called “The Power of Melancholy” at 7:30 p.m. Wednesday, May 13, in Chase Hall, 56 Campus Ave.

Sponsored by the College Lectures Committee, the event is open to the public at no cost. For more information, please call 207-786-8296.

Wilson’s Against Happiness: In Praise of Melancholy (Sarah Crichton Books/Farrar, Straus, and Giroux) challenges the recent happiness trend and celebrates the meditative virtues of melancholy. “It is inauthentic and shallow, charges Wilson, to relentlessly seek happiness in a world full of tragedy,” wrote a reviewer for Publishers Weekly.

“While he does not want to romanticize clinical depression, Wilson argues forcefully that melancholia is a necessary ingredient of any culture that wishes to be innovative or inventive. In particular, we need melancholy if we want to make true, beautiful art.”

The Thomas H. Pritchard Professor of English at Wake Forest University, Wilson teaches Romantic literature. Prior to Against Happiness, he published The Melancholy Android: On the Psychology of Sacred Machines (State University of New York Press, 2006), an academic study of the ambiguous relationship between psychology and technology.

His earlier books focus on relationships between Romanticism and science. Wilson also writes about film, and recently completed a book on cinema and religion, Secret Cinema: Gnostic Vision in Film (Continuum, 2006), and another on the spiritual qualities of director David Lynch, The Strange World of David Lynch: Transcendental Irony from ‘Eraserhead’ to ‘Mulholland Drive’ (Continuum, 2007).

Wilson has received a variety of awards for his work, including a fellowship at the National Humanities Center in North Carolina and the university-wide prize for excellence in research at Wake Forest. He lectures widely on connections between literature and science, and has appeared on Odyssey, a daily show produced by Chicago Public Radio, and What’s the Word? — a radio show sponsored by the Modern Language Association.

Wilson holds a Ph.D. in English from the Graduate Center of the City University of New York.