Live Where You Pay

Can the U.S. afford another Katrina-caliber disaster?

Hurricane Katrina didn’t stop people from living near the ocean. Along the Gulf Coast in Mississippi — where the monster storm came ashore — nine out of 10 people have come back.

Economist Howard Kunreuther ’59 knows that people will always take such risks. What he’d like is for them to pay for the privilege.

In a new book, At War with the Weather, Kunreuther argues that flood insurance rates should be related to risk. Those living in flood-prone areas should pay more than those on high ground. Those who take precautions, such as elevating their homes, should get a break on their premiums. And to avoid driving low-income residents from their homes, a federally subsidized insurance voucher system, similar to the food stamp program, could offset higher premiums. 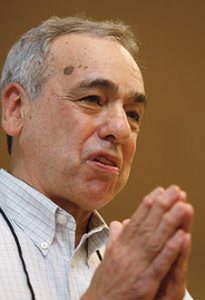 This may not seem like a revolutionary concept, but in the quirky world of flood insurance, it is.

“Our society’s evaluation of things has not been rational.”

Flood insurance is heavily subsidized by the government, and mandates to carry coverage, even in high-risk areas, are poorly enforced. The result is a perverse incentive for people to live in risky areas, exposing the U.S. government and taxpayers to massive financial risk each time disaster strikes. “Our society’s evaluation of things has not been rational,” says Kunreuther, an economist at the Wharton School at the University of Pennsylvania and co-director of Wharton Risk Management and Decision Processes Center.

He says he isn’t trying to punish people who choose to live near the water. Rather, he’d like to create a system of financial incentives that would prompt people to mitigate against loss of life and property. “The idea of investing a couple of thousand dollars to make your home more storm-resistant isn’t something people are willing to do,” he says. “We want to get our return back immediately.” Such incentives would overcome the “myopia in all of us, myself included,” says Kunreuther, who calls himself an “irrational economist” because he knows that people’s actions are often not based on sound reasoning.

Kunreuther would like to see his ideas turn into federal legislation. However, it would inevitably mean raising insurance premiums, in some cases substantially. With more than half the U.S. population living within 50 miles of the coast, such increases would make even the steadiest politician nervous. Kunreuther calls it NIMTOF — the “Not in My Term of Office” syndrome. 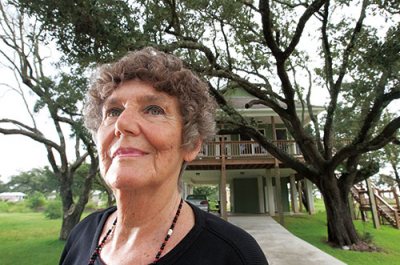 Kunreuther’s ideas would likely have an effect on Gulf Coast residents like Janet Collier Millard ’54, who has a good view of the Gulf of Mexico in Long Beach, Miss. Although her home stood on pilings 17 feet above sea level, it was no match for Katrina’s 30-foot storm surge. She’s since rebuilt, and her new home is 3 feet higher than the original. Her neighbors call it the “treehouse.”

Millard had flood insurance — unlike a lot of people along the Gulf Coast — as well as wind and homeowner coverage. Most residents along the coast figured their hurricane damages were covered by their homeowner’s insurance. They were wrong. After the disaster, major insurers contended that most of the damage was caused by flooding, not covered by typical homeowner policies.

The resulting dispute triggered a major legal battle over coverage and refocused attention on the National Flood Insurance Program. “There was a big fight with insurance companies over ‘wind versus water,’” she says. “Although I had three separate policies, I had to go to arbitration to get help from the wind policy to enable me to rebuild.”

Since the devastation, Millard’s flood insurance premiums have barely changed at all but her homeowners and wind insurance premiums have nearly doubled, from about $1,000 to $2,400 a year. Millard harbors no illusions that another major hurricane won’t inflict the same kind of damage. After spending two years chasing after sleazy contractors and haggling with insurance companies, she said she won’t rebuild if her house is destroyed again.

But for now, this New England transplant is willing to pay extra in insurance to be able to stay where she is and enjoy the view.  “I sit here on my deck and look out at the water. There is always a breeze,” she says. “It’s home to me now.”