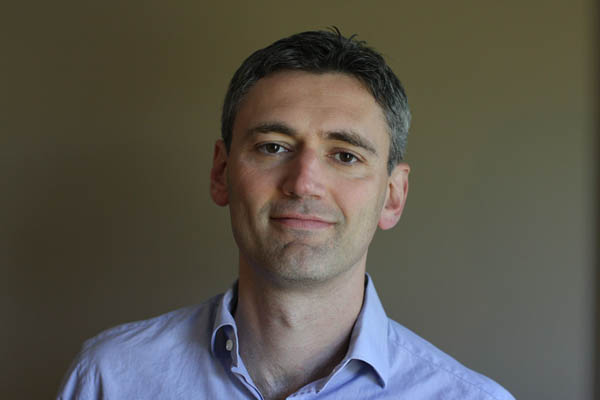 If you’ve noticed that a conventional computer keyboard is not designed for efficient typing, you’re right.

In fact, your keyboard is the direct descendant of the keyboard used on early typewriters. The awkward order of the letters was a byproduct of engineers’ attempts to keep early typewriters from jamming — which in those days was a larger concern than a typist’s finger placement.

Even after later typewriter designs had eased the jamming problem, though, the so-called QWERTY layout remained in use. By then, it had been broadly accepted as the “right” keyboard layout. In other words, despite its relative inefficiency, the QWERTY keyboard had become an institution — that is, a practice embedded in society.

That’s one example of the formative role that such practices and rules play in our economic lives. And that role is the topic of Institutions and the Economy, a recent book by Francesco Duina, a professor of sociology at Bates College.

Published in August 2011, Institutions and the Economy is a part of a Polity Press series of academic books dedicated to the relatively new field of economic sociology. Through vivid examples, Duina’s book depicts how such institutions shape economic activity at the individual, organizational, national and international levels.

From the handshake that seals a deal to the fine print in the North American Free Trade Agreement, rules and conventions enable economies to function. “We need notions of ownership, we need notions of exchange,” says Duina, a Cumberland resident.

“And those things are produced only within society.”

For example, if you go to a shop and buy a shirt, the process tends to follow a script based on accepted notions of commerce and property: You look at shirts, you try one on, you like it, you hand over money for it, and at that point the shirt changes owners.

“All these ideas are socially constructed,” says Duina.

Institutions and the Economy confronts conventional foundations of modern economic theory. Economic sociology, says Duina, “challenges the idea that markets are rational, detached from society. Economic life does not happen in a vacuum, but rather in social contexts,” with all their quirks and QWERTY keyboards.

Duina and the other authors contributing to the Polity Press economic sociology series are, in effect, helping to organize and codify research in a field that has existed only since the mid-1980s. Prior to Institutions and the Economy, Duina says, “there weren’t books out there fully dedicated to explaining how economic sociologists of all stripes think about institutions in regard to economic life.”

John L. Campbell is a professor of sociology at Dartmouth College and the Copenhagen Business School, where Duina is also on the faculty. Campbell writes: “I’ve been waiting a long time for a book like ‘Institutions and the Economy.’ It’s a fantastic overview of the institutionalist approach to economic sociology — the best discussion yet.

In typical Bates fashion, student research assistants made valuable contributions to the book, Duina notes. Ada Tadmor, a 2011 graduate from Brookline, Mass., and Jared Bok, a 2010 graduate from Decatur, Ga., “did a lot of research, proofing and references, and helped me think through the framework of the book.”

Q&A: Francesco Duina explains why Americans who have the least love the U.S. the most