Two years ago, as part of a sociology class on power and inequality, Abby Westberry ’19 helped map the locations of shelters and other services for people experiencing homelessness in the Lewiston-Auburn area. In so doing, Westberry learned of a group not often included in discussions about homelessness: those who live for months or even years in motels.

The motels tend to be two or three miles away from the Twin Cities’ downtowns — outside the range of public transportation, and a long walk for someone wanting to get to a housing office or jobs center.

Westberry learned that “individuals in motels struggled to access these services based on their physical isolation,” she says.

She has just completed her senior honors thesis, “‘Before its Smell Became Me’: Motel Residency and the Politics of Belonging,” on the topic of motel residency and its connection to housing insecurity. 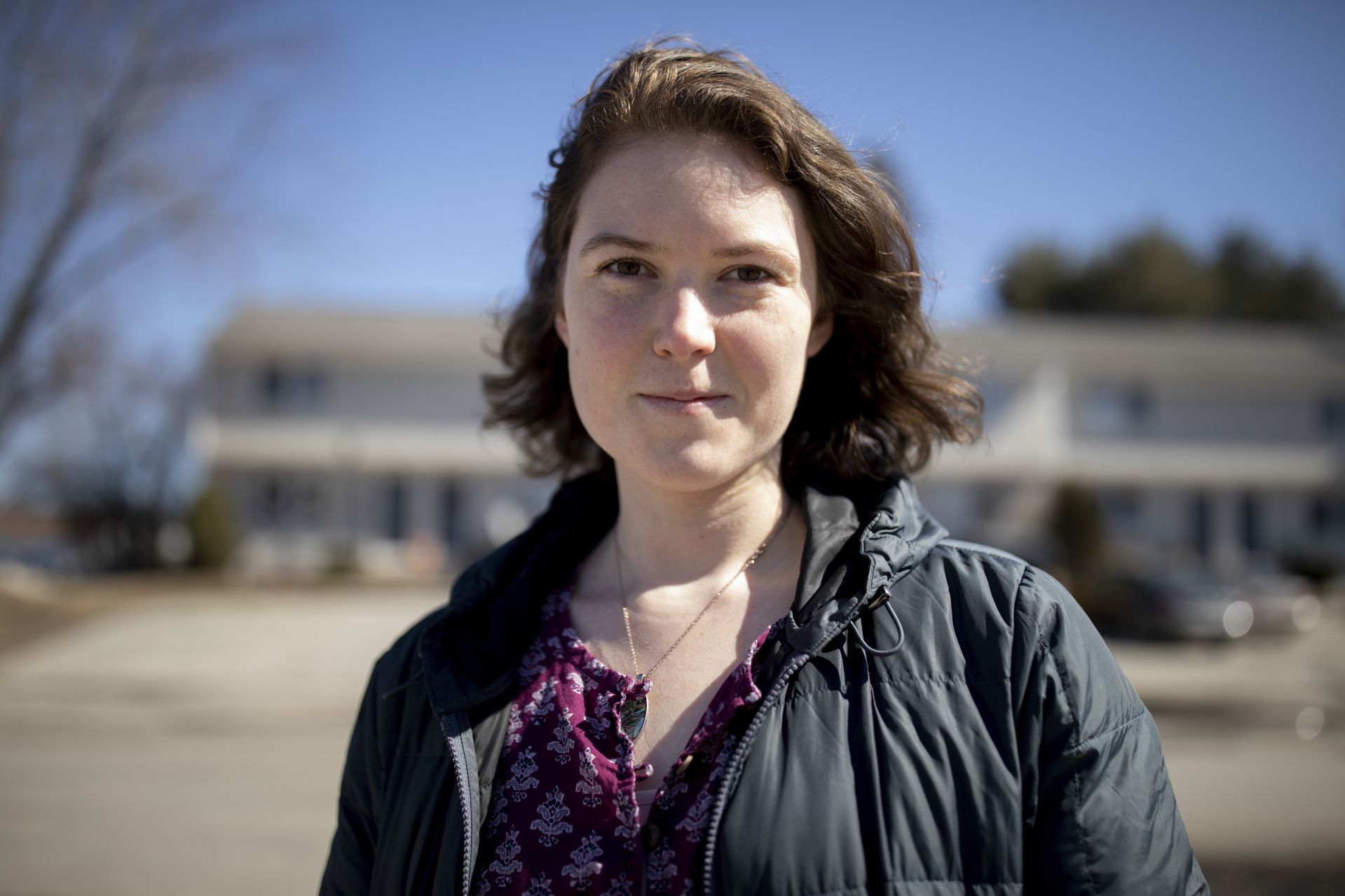 She’s one of the very first academic researchers to tackle the subject.

“She’s onto something that’s received very little attention in the academic literature,” says Professor of Sociology Emily Kane, who taught the original class on power and inequality and who was Westberry’s thesis adviser.

American motels emerged in the mid-20th century as inexpensive and convenient accommodations for motorists. With no background checks or upfront costs (like a security deposit) for customers, they often become the last resort for people who can’t afford to rent an apartment, or whose eviction histories or criminal records make them ineligible for other housing.

News outlets like the Los Angeles Times and Al Jazeera have documented the lives of motel residents. The Florida Project, a feature film about a child living in a rundown motel near the opulence of Disney World, won a variety of accolades.

But when Westberry looked for scholarly research on long-term motel residency, she found relatively little — just one study on how motel residents access food, and a nonfiction book, Exiled in America, on the lives of a single motel’s occupants. (Westberry will defend her thesis in front of a panel that includes that book’s author, Kent State sociology professor Christopher Dum.)

Undeterred, this year Westberry interviewed more than a dozen residents of several motels in Lewiston-Auburn, as well as people who work at service providers like shelters, legal firms, and prisoner reentry groups. She used a method called community-based research, in which community partners, such as service providers, guide the framing of the research project.

Westberry has had plenty of opportunities for community-engaged learning and research. After volunteering in local schools through the Harward Center for Community Partnerships, she took several community-engaged courses. This summer, she received a Ruggles Fellowship to support her research on motels.

“Research doesn’t matter if it’s not put to good use,” she says. “You should make it meaningful to people’s lives. When you actually go and ask people what they need, not only do you find a lot of subjects that need to be researched, that require academic attention, but you also get knowledge that meaningfully helps those communities — not necessarily coming from me, but coming from community partners.” 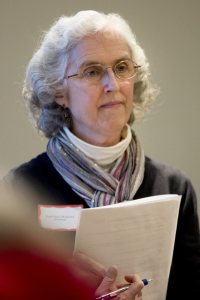 After interviewing the motel residents, Westberry took care to maintain confidentiality by using pseudonyms, omitting mention of illegal activity involving the interviewees, and combining the actual motels into one fictional establishment, Valleyview.

By talking to the residents of Valleyview about how they came to live in the motel, their positive and negative experiences, and their own recommendations for policy changes, Westberry concluded that motel residency reinforces housing instability, though the residents support each other and form strong communities.

Motel life is inherently isolating, Westberry found. Valleyview is miles away from town, along roads without sidewalks. If a resident doesn’t have a car, holding down a job, attending a community event, or visiting a social service provider means walking for hours.

A motel room generally can’t be a mailing address, which means residents have to take extra steps to do things like receive mail, sign up for services, or vote. The rooms themselves might have a microwave but no other cooking facilities, so residents’ only option is processed foods. Often several people share a small space, fraying tempers.

Paradoxically, even though paying for a motel room from month to month would cost less over the course of a year, some residents can only afford to pay a week at a time. “They can’t build up their money, so they end up paying more overall just because they don’t have the saved capital,” Westberry says.

Gaps in social services can make it difficult to move out of a motel. Motel residency doesn’t fall under the definition of homelessness that many funding agencies use, meaning residents can’t access the services that receive state and federal funding — or they technically make too much money to qualify for income-based programs.

Of course, motel residents themselves already know this, as do some of the social service providers who work with them. Janice Lara-Hewey, a social worker at Catholic Charities Maine, used to run a homeless outreach program that, at times, included motel residents.

Lara-Hewey has seen the same realities that Westberry outlined in her thesis — indeed, she told Westberry about some of them: The nearest grocery store might also be the most expensive, you might have to lug a load of laundry to the laundromat without a car, or you might miss an appointment with a social service agency because of another emergency.

But Lara-Hewey points out that those challenges are not unique to motel residents, and the same systems that lead to motel residency — things like skyrocketing housing costs, inadequate funding for public housing and social services, lack of access to good food — also lead to people living in shelters and cars, or veterans facing homelessness, or college students not being able to find adequate food.

“It’s not just about people who are in motels,” she says. “It’s about people in general, and people who are struggling, and the importance of all of us being kind and compassionate, and understanding that, for most of us, we’re one emergency away from being in the same boat.”

Some residents had felony records or sex offender status that made them ineligible for public housing.

Despite the difficulties, Westberry found that people in motels form strong friendships and networks of support, ranging from giving each other rides into town to lending a microwave or money in a pinch.

“You saw that particularly among members of the community who were recently incarcerated, where they formed a lot of support networks amongst each other to work through all of the vast changes they were experiencing,” she said.

Westberry hopes to show the thesis to the community partners she interviewed and worked with, in order to influence future policies. She asked residents what local services could do to help them specifically, to “make sure recommendations and solutions we’re proposing toward community issues derive from the needs of individuals affected,” she said.

Solutions that help long-term motel residents could include investing in more public housing, expanding public transportation to reach motels, broadening definitions of homelessness so that motel residents are eligible for more programs, and modifying tenancy rules so motel residents have greater protections against removal.

“I wanted something that wouldn’t just sit on the shelf at the end of the day and molder away,” Westberry said. “I want something that’s derived from a community-based need and seeking to address community issues. I do think that that’s a really valuable way to conduct research.” 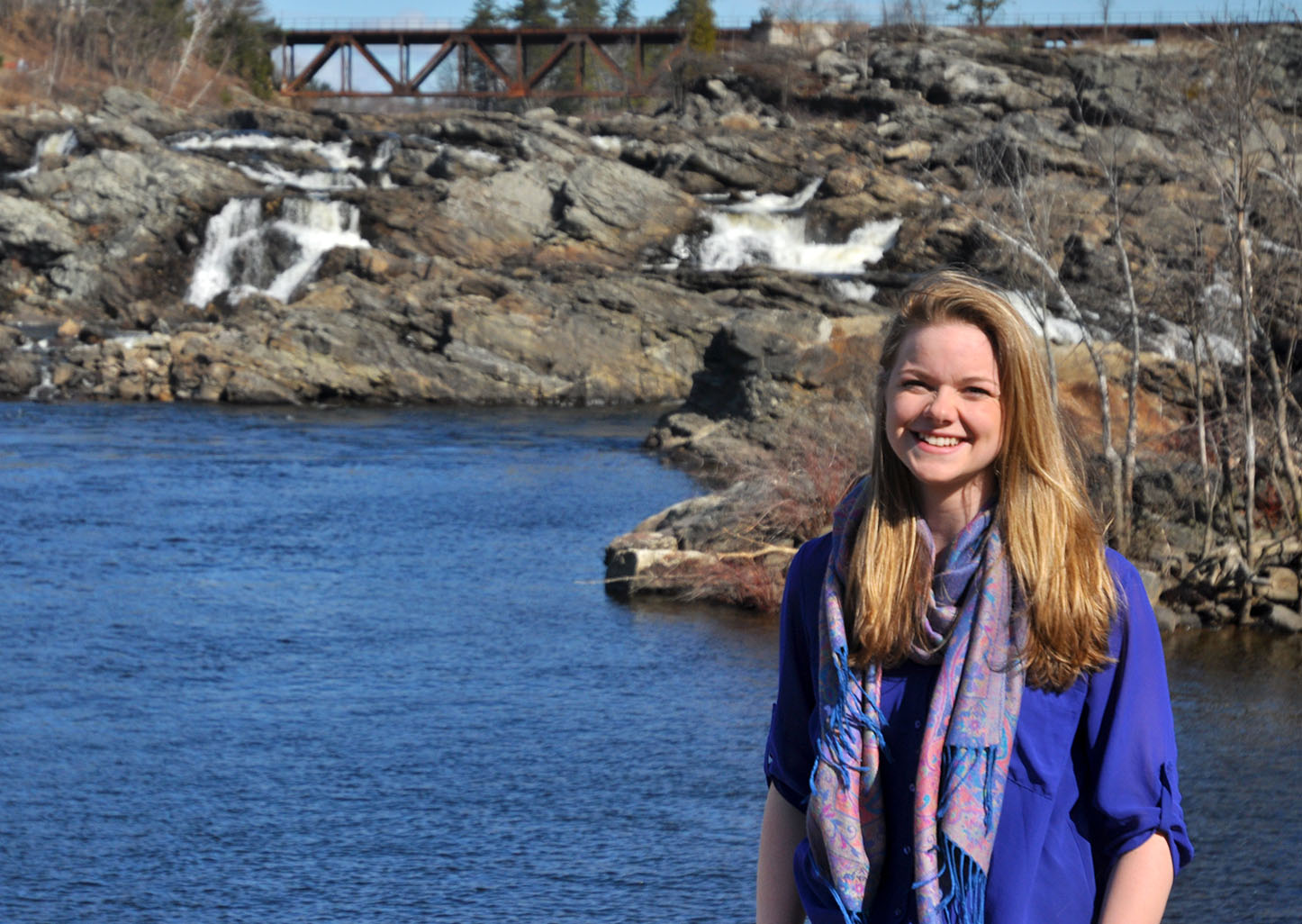