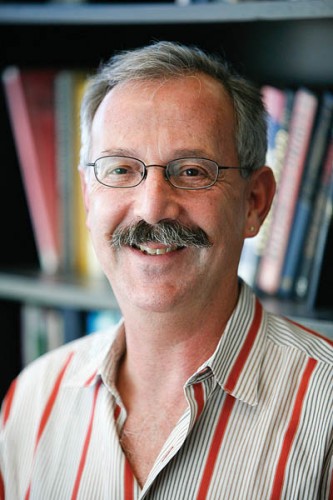 Shapiro’s talk is part of the 10th annual Unity Conference presented by Amandla!, a student organization that advances understanding of the many communities of the African diaspora. The lecture is open to the public at no cost.

The conference’s theme this year is Economic Diversity: What Color Is Your Money? Understanding Economic Inequality and the Racial Wealth Gap. The event is co-sponsored by the Office of the President, the departments of economics and politics, and the social sciences division. A discussion and Q&A follow Shapiro’s talk.

His book The Hidden Cost of Being African American: How Wealth Perpetuates Inequality (Oxford University Press, 2004) combined national data with nearly 200 interviews to explore how continuing discrimination and the pervasive lack of financial assets dramatically impact the lives of many black families.

The book was widely reviewed, including by The Washington Post, Boston Globe and other major news organizations. Hidden Cost was named a Notable Book of 2004 by the St. Louis Post-Dispatch.

With Melvin Oliver of the University of California, Santa Barbara, Shapiro co-authored the acclaimed Black Wealth/White Wealth (Routledge, 1997). That book demonstrates how, over generations, blacks have had difficulty creating, expanding and preserving assets compared to their white counterparts. Analyzing quantitative data from more than 12,000 households, the authors illustrate the relationship between racialized wealth resources and opportunities for a better life.

The book revealed “for the first time the full economic damage caused by the special difficulties that blacks face,” wrote the New York Review of Books. “These facts need to be publicized so that white Americans can be made aware of the extent to which the civil rights movement of the 1960s failed to achieve its goal of fairness for blacks.”