“The history of Chinese emperors and generals has been written,” says Assistant Professor of History Wes Chaney. “I’m interested in telling the stories of everyday life.”

He’s doing that with historical contracts related to land, household division, and marriage that he has collected from antique marketplaces near farming communities in Gansu and Qinghai provinces. 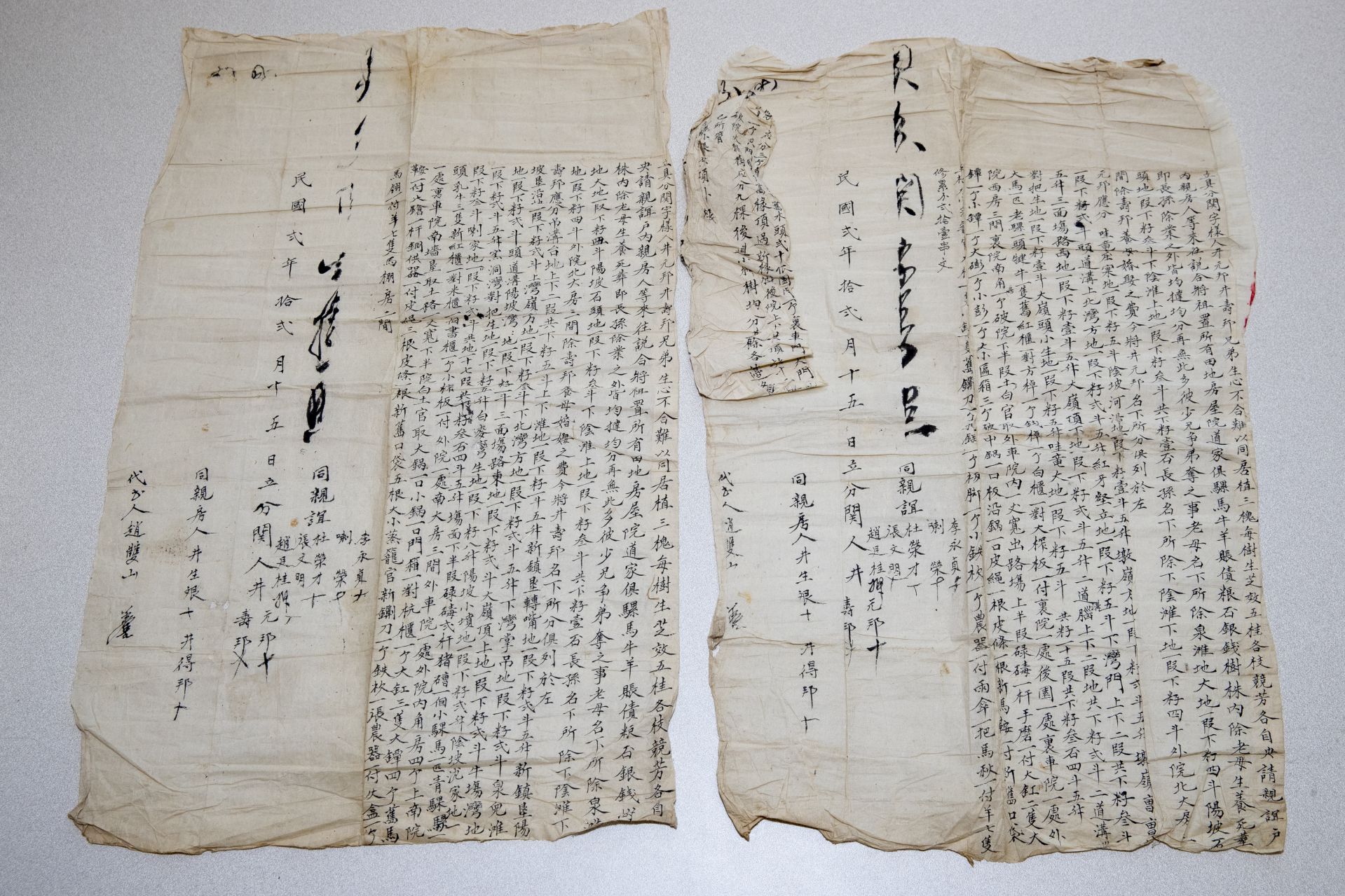 Dating from 1800 to the mid-1900s, these records feature mostly boilerplate language, where thumbprints represent the only likely written record of the individuals whose lives they document. Chaney can’t actually reproduce their voices à la Studs Terkel, yet he’s always looking for those places where individual experience bubbles up. His collection represents this effort — “the voice of the subaltern” is muffled, he says, but trying to hear these peasants’ stories is “what I like about it.”

Each contract has its own distinctive texture, color, and calligraphy. There’s also a distinction between red and white contracts. The former display the government office seal. The latter — comprising most of Chaney’s collection — were never registered with the county office, making them technically illegal, since they mimic the red ones but without a tax payment. 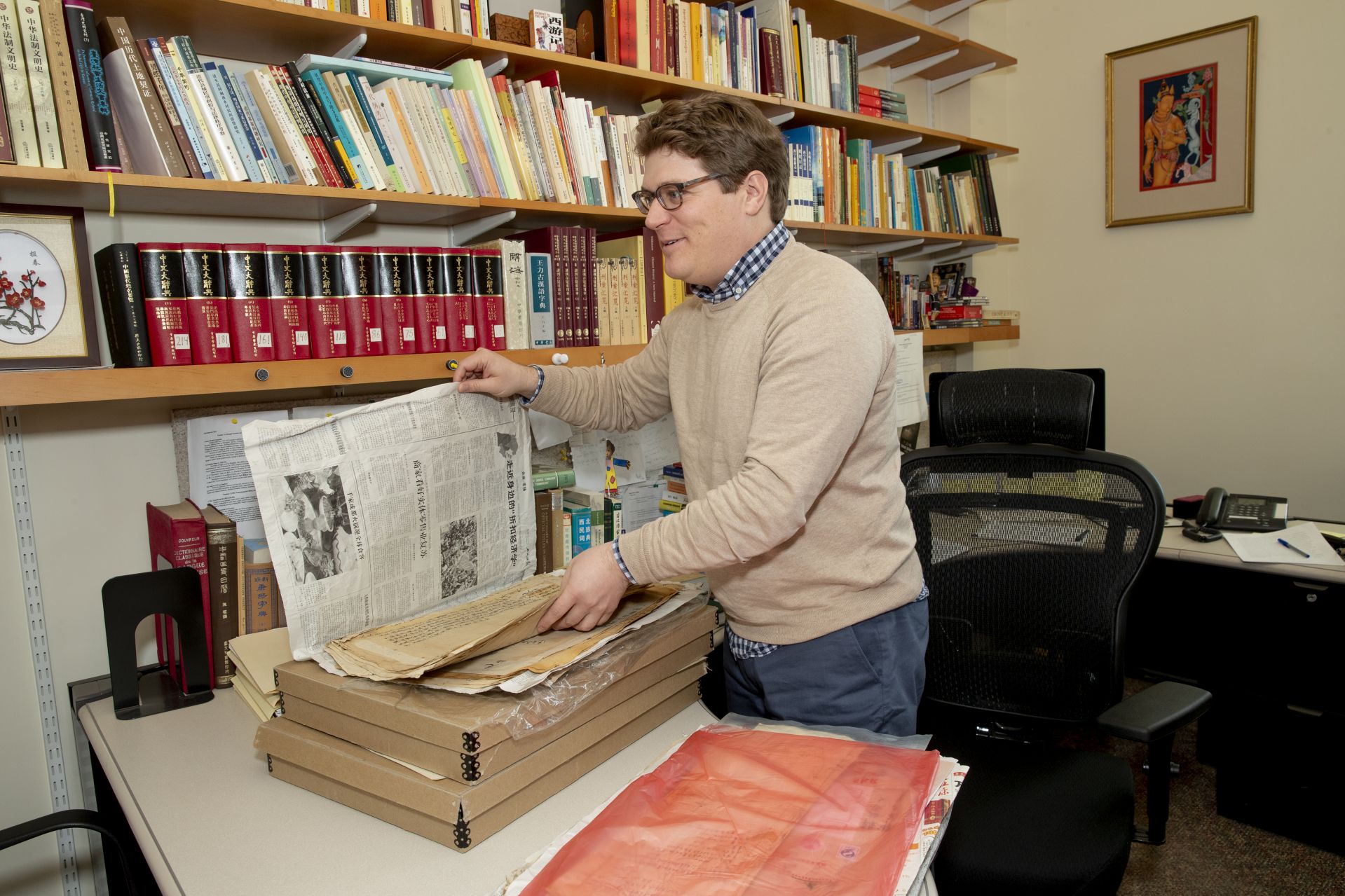 In Chaney’s Pettengill office, he pulls out a household division contract from January 1914 that represents the realities of Chinese peasant life. According to Confucian ideology, he says, brothers remain in the same household for life. In reality, that often fails to work out. In this particular case, where two brothers didn’t get along, the contract stipulates how each brother will receive exactly half of their deceased father’s inheritance.

Chaney reads aloud from a list that, in addition to a few parcels of land, includes “one shoehorn, a broken wok, seven sheep, and a leather strap.”

This contract also provides their widowed mother with assets to support both her life and the cost of her eventual funeral. 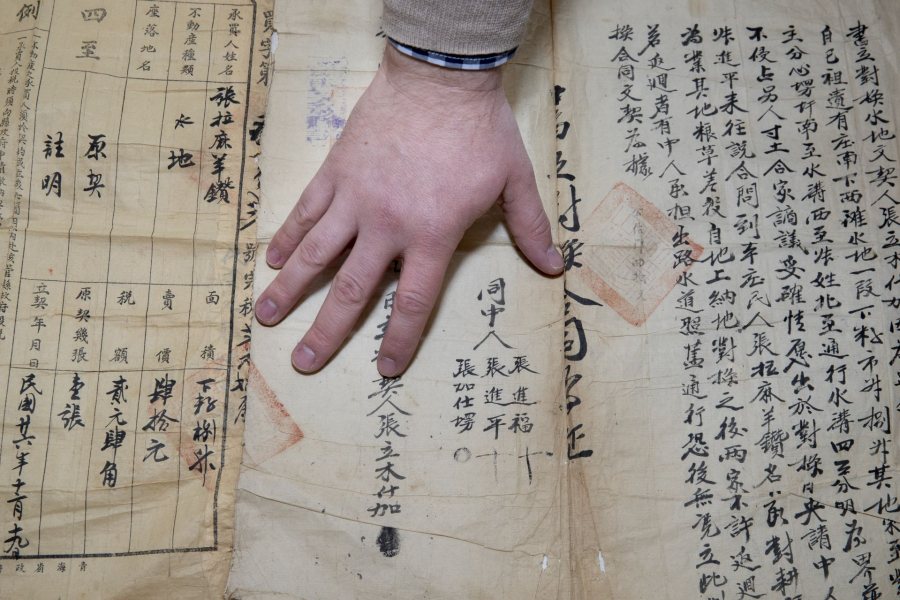 It’s typical of the hundreds of contracts he has collected, and together, they tell the story of an illiterate peasantry who left no written record other than the kinds of municipal and private contracts he has in his possession. “You can construct the history of a family over time and the kind of changes in the land that they owned and why,” he says. 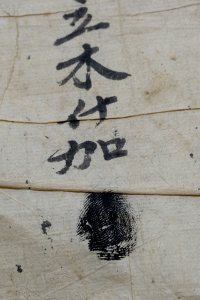 These records feature mostly boilerplate language, where thumbprints represent the only likely written record of the individuals whose lives they document. (Phyllis Graber Jensen/Bates College)

Eventually, he would like to return to China — when it’s politically feasible — and donate the documents to local libraries in their counties of origin so they can be accessible to everyone.

This Short Term, Chaney will work with a Bates student to catalog more of these documents that he often shares in the classroom. In an increasingly digital world, Chaney says it’s essential for his students to experience what the document would have felt like.

“There’s an importance to the materiality here,” he says, “and we lose that when we read it on Lyceum or downloaded onto our phones or computers. It’s actually important to touch things.”