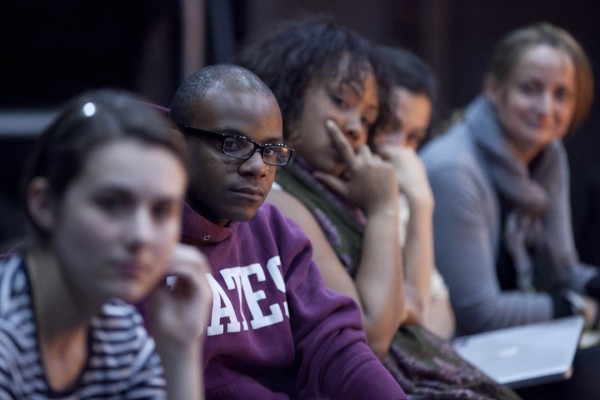 Retitled Home, Among Other Transitional Places, this piece integrating dance, drama, poetry and video will be performed at 7:30 p.m. Thursday through Saturday, May 17-19, and at 2 p.m. Sunday, May 20, in Gannett Theater, Pettigrew Hall, 305 College St.

The performances are open to the public at no charge. For more information, please contact 207-786-6161.

Directed by Senior Lecturer in Theater Katalin Vecsey and with choreography and video design by Visiting Assistant Professor of Dance Rachel Boggia, Home, Among Other Transitional Places is the first original mainstage theater-dance collaboration from the Department of Theater and Dance, formed this academic year after the creation of a dance major at the college in 2011.

A poet, performer and educator, as well as director of performing arts at the Yerba Buena Center for the Arts in San Francisco, Joseph wrote Home in 7 for performances by the Atlanta Ballet in 2011. As this academic year’s artist in residence at Bates, he worked with the theater workshop faculty and students during the first week of the Short Term course.

“It’s so rare to be able to work with the playwright or originator of a text,” Boggia reflects. “He’s also a great teacher and mentor. He really connects with the students.”

Home, Among Other Transitional Places is a dramatic presentation of Joseph’s six-part autobiographical poem about his relationship with the city of Atlanta. A New York native who attended Morehouse College, Joseph was inspired by the city’s history, particularly stories of the Atlanta child murders in the late 1970s and early ’80s.

“History is made faceless as the next generation loses a connection,” Joseph told Creative Loafing Atlanta, an alternative weekly newspaper. “I’m interested in facilitating that conversation between the solid forms of today and the city’s ghosts.”

The Bates students faced the challenge of making the piece their own without changing the text, a daunting task considering the cast is all women, only one of whom has visited Atlanta. “But it works out fine,” says Vecsey. “It’s really interesting how gender and location hasn’t really been an issue.”

Joseph will make a taped appearance in the digital images projected around the actors and dancers.

The performance is under 45 minutes long and will be followed by a question and answer session with the students, Vecsey and Boggia.

Joseph is one of America’s vital voices in performance, arts education and artistic curation. This year he was an inaugural recipient of the Doris Duke Charitable Foundation Artist Award, and last year received the Alpert Award in the Arts for Theater. In 2007, he graced the cover of Smithsonian Magazine after being named one of America’s Top Young Innovators in the Arts and Sciences. 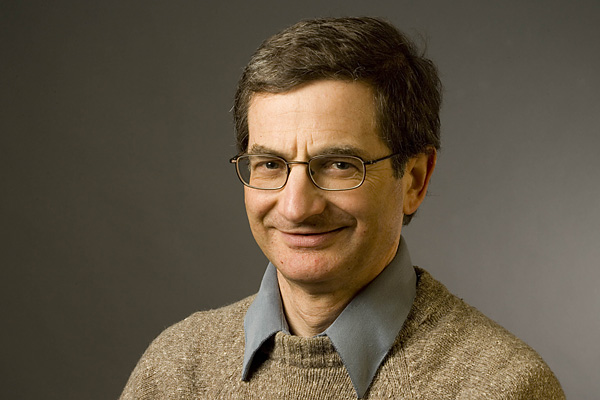