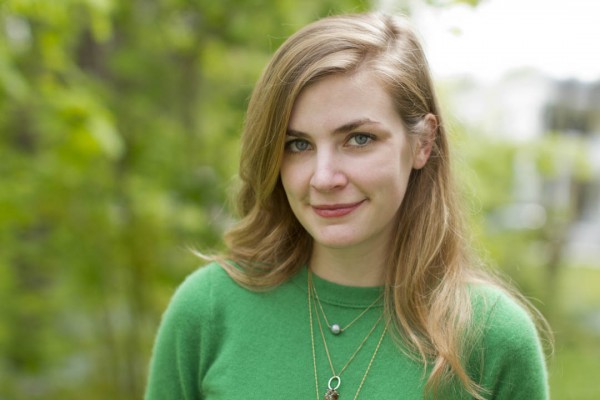 Claire Lampen of St. Louis, Mo., received an academic grant from the Fulbright U.S. Student Program to conduct research in Germany under the auspices of the German Historical Museum.

Six Bates seniors received grants for teaching English as a foreign language, with five of them awarded English Teaching Assistantships from the U.S. Fulbright Student Program: Jeffrey Berry of Redondo Beach, Calif., who will teach in Germany; Jacob Kaplove of Novato, Calif., bound for Argentina; Leah Maciejewski of Tewksbury, Mass., heading for Poland; Rebecca Merten of Warwick, R.I., who will teach in the Slovak Republic; and Jessica Plate of New Fairfield, Conn., who’s bound for Vietnam.

The sixth teaching grant recipient is Dana Ellis of West Orange, N.J., who will teach in Austria supported by a Fulbright Austria teaching assistantship, which is funded by the Austrian government.

The Fulbright U.S. Student Program is funded primarily by the U.S. Department of State and sends some 1,500 U.S. citizens abroad each year.

The academic grants offer an academic year of support for study and/or research in projects of the recipients’ design. The assistantships support students who both pursue their own research and work to improve local students’ English and knowledge of the United States.

Lampen, a Bates history major and recipient of a Fulbright Study/Research grant, will partner with the German Historical Museum in Berlin to study photographs, maps and documents left behind by a soldier named Wilhelm Endemann at the conclusion of World War I.

Titled “Images of the Great War: A Soldier’s Photographic Memory,” the project is significant because of the perspective and depth of Endemann’s collection. “I propose to follow Endemann’s trail,” Lampen writes, and “to flesh out the documentary skeleton he laid out to reconstruct a cohesive and uniquely personal narrative of World War I.”

German soldiers were forbidden to have cameras on the battlefield, but many defied that regulation and took personal snapshots that have ended up in albums like Endemann’s, though few are as detailed as his.

At Bates, Lampen recently completed an honors thesis on the indoctrination of German children under the Nazi regime. In 2011, she undertook a seven-month study-abroad experience in Berlin, completing a full course load in German at several institutions including Humboldt University. She was also an intern at the German Historical Museum, for which she did translations and research for a website. 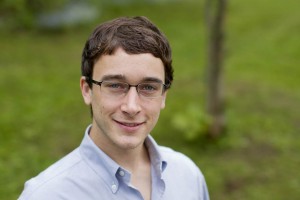 Berry, a triple major in history, German and French, first experienced Germany through a Bates Semester Abroad program in Berlin, and spent his entire junior year studying at the University of Fribourg in Switzerland. He wrote his Bates honors thesis on parallels between Freud’s psychoanalysis and the output of Viennese author and dramatist Arthur Schnitzler.

During his Fulbright year, he will divide his time between teaching English and leading a digital photography course to connect with community members.

“My photography course will display life across class and cultural lines,” Berry writes in his Fulbright proposal. “The photographic medium allows students, and myself, to capture concretely notions about what is characteristic or worthy of documentation in their daily lives and the region at large — and to discuss these issues.”

After his time as an ETA he plans to pursue graduate studies in modern European history, German studies or international relations. 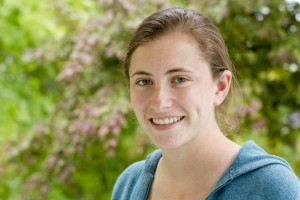 Ellis, recipient of the Fulbright Austria USTA award, is a psychology major. Like Berry, Ellis was inspired to learn more about her Fulbright destination by a Bates Fall Semester Abroad program, in her case Vienna.

“I embarked on a journey to expand my knowledge beyond what I could learn in American college courses and to immerse myself in modern-day Austria,” she writes in her proposal.

Ellis was inspired by a German-language teacher who used readings from a free newspaper to steep his students in the Viennese milieu.

“Learning a language provides the tools to interact with native speakers, but without the cultural context, the language skill is far less useful,” she says. “Bridging the gap between people of different backgrounds and exchanging cultural perspectives, while recognizing the inescapable differences . . . is what motivates me to teach abroad.” 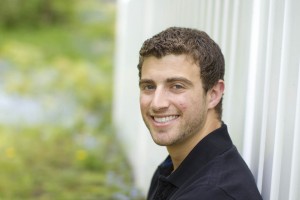 Kaplove, a psychology major, has worked closely with Lewiston’s Somali community as the program director for Refugee Volunteers, a program that promotes cross-cultural learning and exchange between Bates students and refugee families; as a researcher for Project SHIFA, an in-school program designed to promote the mental health of young Somali refugees; and as a Bonner Leader, a participant in a national program that promotes student development through community work.

He was one of two Bates students to receive the 2012 Heart & Soul Award from the Maine Campus Compact, recognizing outstanding contributions to the community.

Kaplove, who has done volunteer work in Central America, was attracted to Argentina in part because of the opportunity to work in a training college for teachers of English. This setting, he says, “will help to sustain my impact as my students will go on to teach future generations about the English language.”

In addition to teaching English in Argentina, Kaplove will work in a youth mentoring program and take courses in Spanish literature and public health. After Argentina, he plans to apply to medical school with the goal of practicing family medicine, which will allow him to continue working with Latino immigrants and refugee populations. 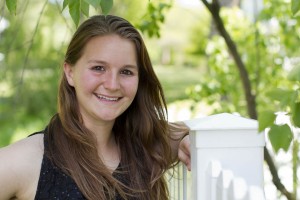 “My Polish heritage has never been a large part of my life,” Maciejewski writes in her Fulbright proposal. “When my great-grandparents came to America, they chose to assimilate to the culture at the expense of tradition.”

Now Maciejewski has the opportunity to rediscover her Polish heritage while indulging her passion for teaching languages. “The Fulbright will allow me to do just that while also sharing my culture and experience as an American with my Polish peers.”

Maciejewski, a double major in English and Spanish, has been an accomplished student and volunteer, working in English Language Learning classrooms in Lewiston. She’s also respected for her athletic accomplishments, having captained the varsity softball team this spring and been honored as most valuable player, as a Bates Scholar-Athlete and as a member of the National Fastpitch Coaches Association All-Academic Scholar Athlete Team.

After her Fulbright commitment, Maciejewski will pursue a law degree in preparation for a career in public education policy. “I seek to explore the opportunities for bilingual policies in early education and consider new models of research and practice.” 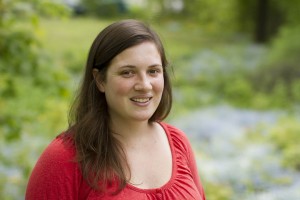 Merten, a history major, will travel to the Slovak Republic eager to continue cultivating her interest in education and to be immersed in a country foreign to her. She is “seeking to place myself in an environment that offers a level stage for cultural exchange, with everyone learning about a new culture.”

Merten brings considerable experience as an educator. While studying in Mexico, she assisted in teaching middle-school English classes. “While the teachers were trained, none were native English speakers, and I was a resource for both the students and teachers.”

In the Slovak Republic, she hopes to foster intercultural exchange through cooking and film clubs. As a student of history, she adds, “What interests me most about the Slovak Republic is how it has maintained its cultural identity while being at the crossroads of various military and cultural invasions.”

Upon her return, Merten hopes to remain involved in education and history. 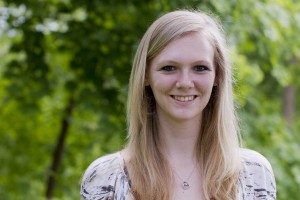 A history major, Plate minored in German and education at Bates, and hopes to become a teacher, a goal aligned with her interest in teaching English in Vietnam.

Through her education coursework, Plate amassed nearly 400 hours of student teaching and other fieldwork during her Bates career. “Some of my experience was in an English Language Learners classroom, where I worked with Somali refugees,” she notes.

As a student of history, Plate believes that this is a definitive time for Vietnam. That nation, she writes, “is surrounded by two majorly developing nations, India and China.

“Historians and policymakers — as well as the Vietnamese themselves — all have the same important questions: Where will Vietnam, whose third-largest trading partner is the U.S., stand as its neighbors grow? How well will Vietnam be able to imitate the Chinese model and develop a capitalist economy with a socialist government? How will Vietnam maintain successful relations with the U.S.?”

Attending Bates with support from a prestigious Thomas J. Watson Memorial Scholarship, Plate spent her entire junior year abroad, dividing it between Austria and India. She feels emotionally and intellectually well-prepared for this next foray into an unfamiliar culture. “My objective is to broaden the horizons of my students, so that they too may want to become cultural ambassadors one day.”