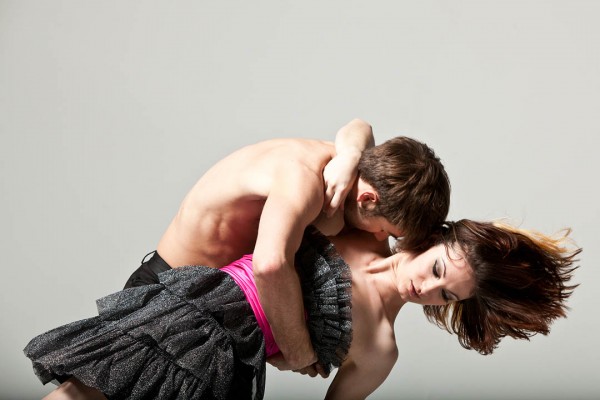 The opening days of August 2012 bring fresh excitement to Lewiston stages as the Bates Dance Festival’s 30th anniversary season presents both the popular Musicians’ Concert on Aug. 1 and, for the following three evenings, performances by festival favorites Keigwin + Company.

Tickets cost $14 for the general public and $7 for students and seniors. Seating is by general admission. For more information or to buy tickets online, please visit the festival website.

Presenting four Maine premieres, Larry Keigwin and his dancers perform at 8 p.m. Thursday through Saturday, Aug. 2-4, in Schaeffer Theatre, 305 College St. The Saturday performance is a one-of-a-kind gala event followed by an anniversary party with the artists.

Tickets cost $50 for the Aug. 4 gala performance-party package; and for all performances, $24 for the general public, $18 for seniors and $12 for students. For more information or to buy tickets online, please visit the website.

All Bates Dance Festival tickets may also be purchased by phone at 207-786-6161, or by mail or in person; learn more.

Keigwin + Company offer a free lecture-demonstration at 7:30 p.m. on Tuesday, July 31, in Schaeffer. A discussion with the artists immediately follows the Aug. 2 performance. Dance writer Debra Cash offers an Inside Dance: Understanding Contemporary Performance lecture prior to the Aug. 3 performance, at 7:15 p.m. in Schaeffer Theatre.

The Bates Dance Festival, an annual summer series of renowned contemporary dance, celebrates its 30th anniversary by highlighting choreographers whose creative development has been nurtured by the festival.

Founded in 1982, the acclaimed festival brings together an international community of contemporary dance choreographers, performers, educators and students in a cooperative community to study, perform and create new work. This season also marks Laura Faure’s 25th anniversary as festival director.

The Musicians’ Concert is an evening of thoughtful, playful and profound music provided by the musicians who work each year with festival dancers. These extraordinary composers perform a program of original and improvised works that blend musical styles from around the globe.

Larry Keigwin first attended the Bates Dance Festival more than 20 years ago and has participated as a dancer, choreographer, faculty member and as a featured mainstage performer with his own troupe, Keigwin + Company. Founded in 2003, the group has performed Keigwin’s distinct and electrifying brand of contemporary dance nationally and internationally.

Keigwin’s work is clever, kinetic, theatrical — but unpretentious. The choreography is visually stimulating and ambitious, but accessible thanks to its pop-culture savvy and an engaging unpredictability.

“Keigwin’s mix of kinetic street energy and academic technique is always pleasing,” a New York Times reviewer wrote. “He is adept at creating and then disrupting rapidly shifting spatial patterns, so that the eye is engaged on both the macro and micro levels.”

Highly sought after as a choreographer, Keigwin has recently received commissions from Works & Process at the Guggenheim; The Juilliard School; the New York City Ballet’s Choreographic Institute; the Royal New Zealand Ballet; and the Martha Graham Dance Company, among others.

In 2010, Keigwin was named the Vail International Dance Festival’s first artist in residence, creating and premiering a work with four of ballet’s most prominent stars. Also in 2010, he staged the opening event of Fashion Week: Fashion’s Night Out: The Show was produced by Vogue and featured more than 150 of the industry’s top models.

In 2011, Keigwin choreographed a new musical, Tales of the City, at the American Conservatory Theater in San Francisco, and a new off-Broadway production of Rent.