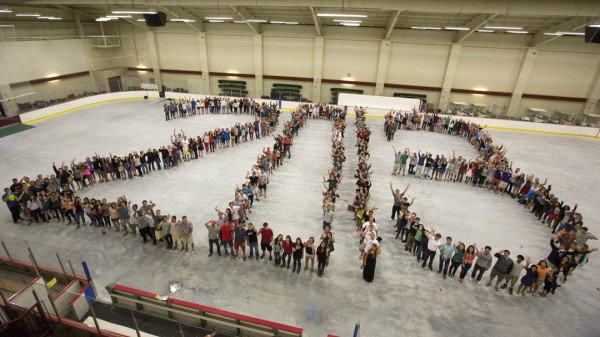 The members of this year’s graduating class gathered in Underhill Arena on May 24 for their class photo. Photo by Mike Bradley/Bates College.

The graduates include 39 students from Maine, 178 from the other five New England states and 171 from 28 other states throughout the country — representation from 34 states in total. The class also includes 48 students from outside the U.S., representing 29 countries.

Psychology was the most popular major among the group (58 students), with economics ranked second this year (46). History and politics tied for third place, with 40 majors each.

Among that group, mathematics and politics are tied for the most popular second major, with eight apiece. French is next with seven. Economics and psychology tie at five each.