Profiled in his hometown Atlanta newspaper, NCAA shot put champion David Pless ’13 is described as a “consummate gift” by his head coach. 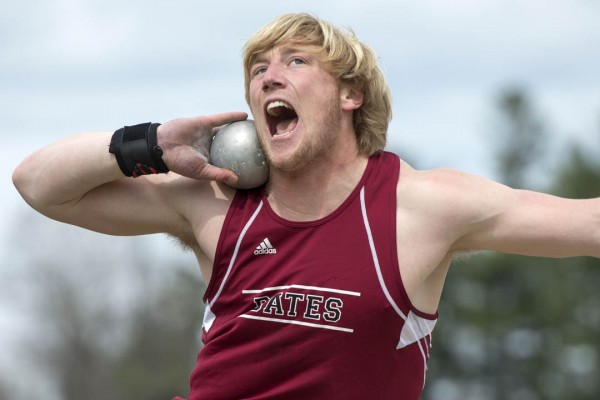 David Pless ’13 won a slew of awards in his career, including two Sabasteanski Awards as the Most Outstanding Male Performer at the NESCAC Track & Field Championships. Photograph by Mike Bradley/Bates College.

Head coach Al Fereshetian tells reporter Greg Oshust that Pless was a “scholar-athlete, campus and team leader, a great friend to many and an amazing teammate and example to those who worked with him.

“To me, as a coach, he was the consummate gift. It does not frequently happen that the athlete with the greatest talent and physical attributes for success is also your most dedicated, hardest working and most coachable athlete. David has left a lasting impact at Bates, one that will be remembered and appreciated by generations of athletes and coaches to come.”

Pless and his philosophy degree are now off to San Francisco, where he’s starting a career with the global cloud computing company Salesforce.com.
Categories Athletics The College
Tags Bates in the News impact Leadership
View Comments 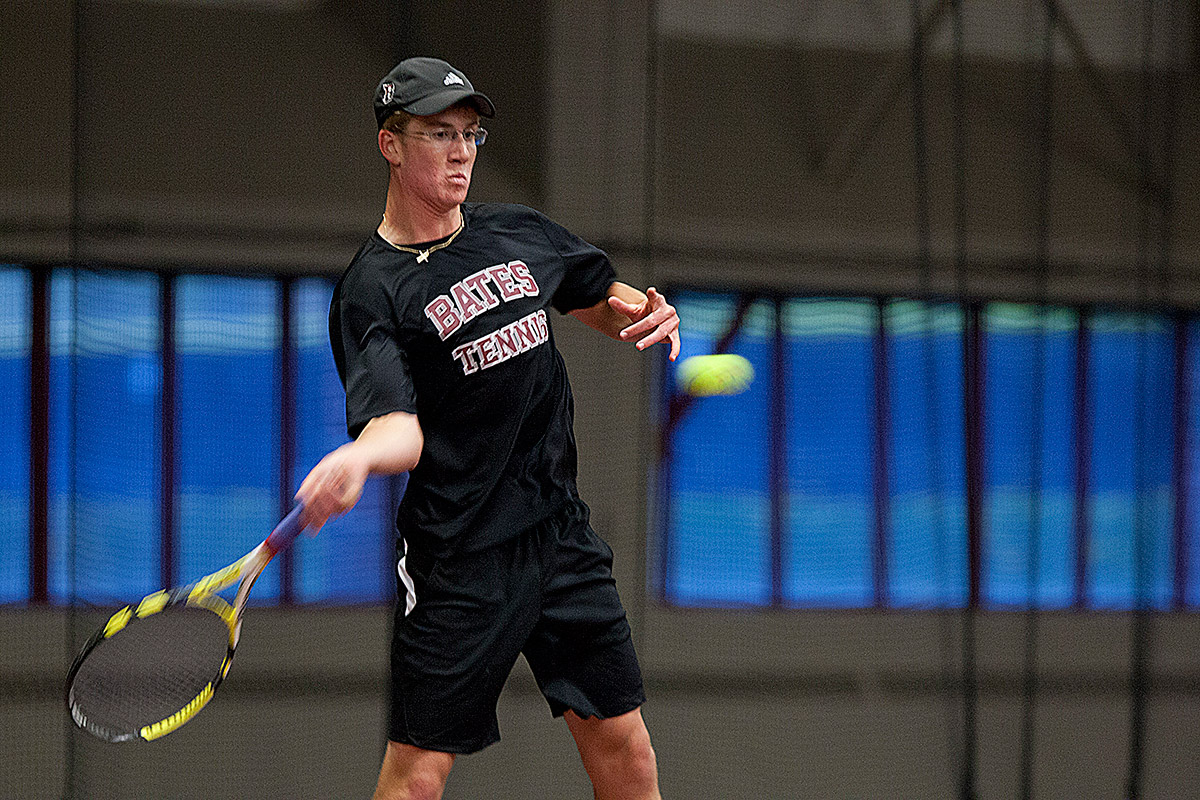