Food historian to dish out history of Colonial, presidential cooking 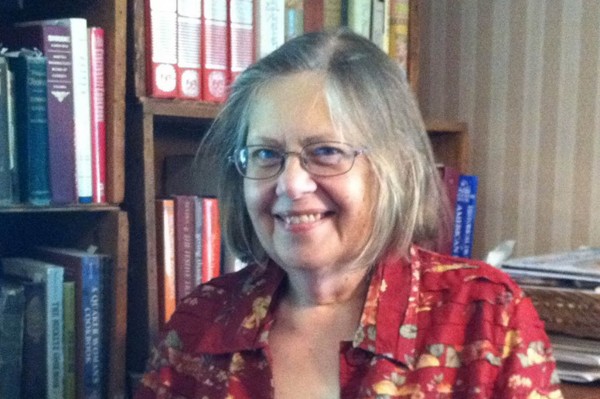 Admission is open to the public at no cost. The talk is sponsored by the divisions of humanities and of interdisciplinary programs, and the classical and medieval studies program. For more information, call 207-786-8296.

Oliver is the founder, editor and publisher of Food History News, an online source for North American food history that began as a print publication in 1989. The website includes responses to common food misperceptions in “The Debunk-House” as well as an archive of past articles and event listings. It also offers historical recipes common in earlier eras across New England.

Oliver first became interested in food history in 1971 while working at the Mystic Seaport Museum in Mystic, Conn. She developed a program where she taught fireplace cooking in an 1830s kitchen. Exploring period recipes and methods to learn about what people hundreds of years ago were tasting “grabbed my interest and never let go,” says Oliver.

Oliver often talks about food to Maine audiences and is called on to answer questions about the contents of historical figures’ plates, such as a 2010 interview with The Boston Globe where she discussed George Washington’s diet. She resides in a 19th-century farmhouse on Islesboro, an island in Penobscot Bay near Lincolnville, where she practices what she teaches: gardening, preserving, cooking and teaching sustainable food and living practices.

Oliver’s books include Maine Home Cooking: 175 Recipes From Downeast Kitchens (Down East Books, 2012) and Food in Colonial and Federal America (Greenwood Press, 2005). With Kathleen Curtin and others, she co-authored Giving Thanks: Thanksgiving History and Recipes from Pilgrims to Pumpkin Pie (Clarkson Potter, 2005).

Her weekly column “Taste Buds” has appeared weekly in the Bangor Daily News since 2006 and offers recipes that can be made from seasonal produce grown locally around Maine.