By Victoria Stanton. Published on December 20, 2013 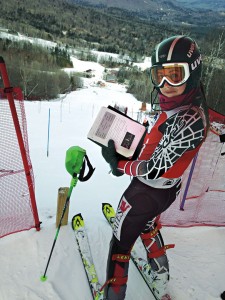 The aptly titled “Buried in #thesis” depicts Kozarov, an economics major, with his head buried in a stack of senior theses.

He says the shot was a homage to the many hours he spent in the Lindholm Economics Lounge in Pettengill Hall working on his own thesis.

“It isn’t a surprise that I would at times feel buried under tons of expectations about my thesis,” he says. “The photo is a spontaneous metaphor for this creative process.”

From Dec. 4 through Dec. 11, students were asked to share their finals experiences on Instagram using #batesfinals. The winner, chosen by popular vote on the Bates website, will receive a $50 gift certificate to the College Store.

More than 150 photos were submitted, depicting scenes from deep within Ladd Library, mountains of textbooks and endless coffee — not to mention several striking post-all-nighter sunrises.

Kozarov found inspiration amid the stress.

“I would often skim over someone’s thesis and wonder how Bates managed to shape that person’s global perspective. From niche subjects, such as ‘Cash Flow and Physical Assets as Determinants of Leverage’ through community topics like ‘Switching to Biomass for Bates College’ and popular questions — ‘Is there a Hot Hand in Basketball?’ — those seniors have performed with timeless excellence.”

Avril Dunleavy ’15 takes home the Judges’ Choice award for her shot of fellow Bates alpine skier Kathleen Fitzpatrick ’15 holding her German homework at the top of a slope at Sunday River.

“I thought it was a good way to show that we’re student athletes,” says Dunleavy, a rhetoric major and Second  Team All-East alpine skier from Salt Lake City.

She photographed Fitzpatrick of Larkspur, Calif., at one of the team’s pre-season meets, held right before the start of finals.

“While everyone else had the opportunity to be studying at school, we had to balance studying and sports.”

Dunleavy says that “communication is key” when working with professors around race schedules and making up exams.

Look for Dunleavy’s photo in the “Amusements” section of the Winter 2014 issue of Bates Magazine. 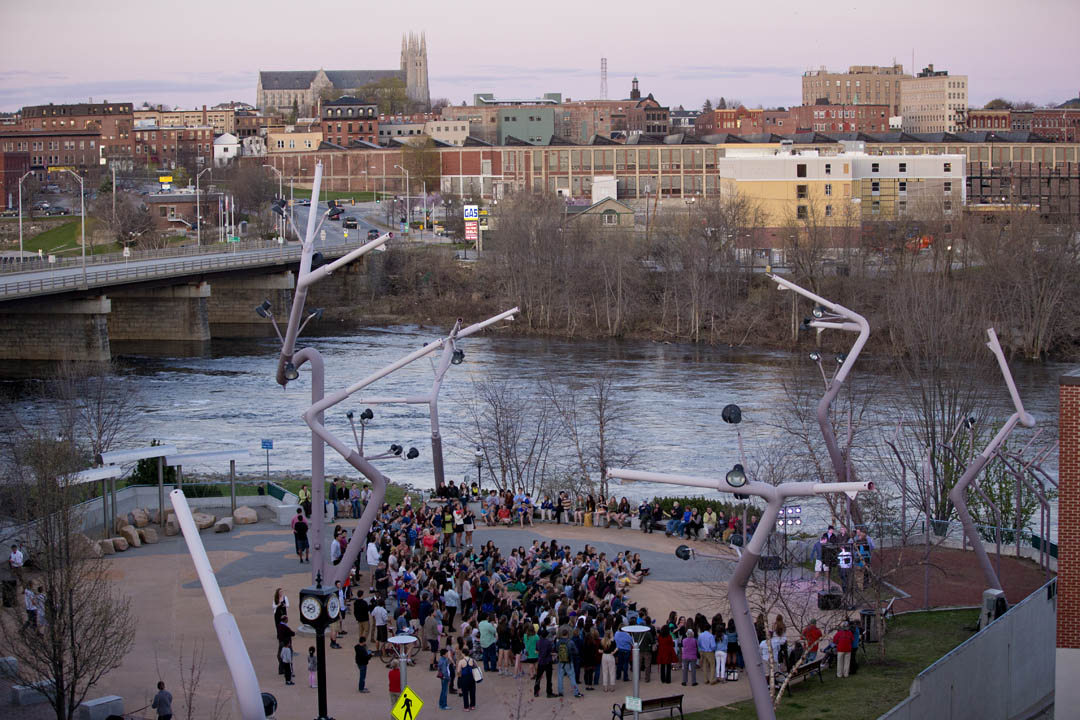 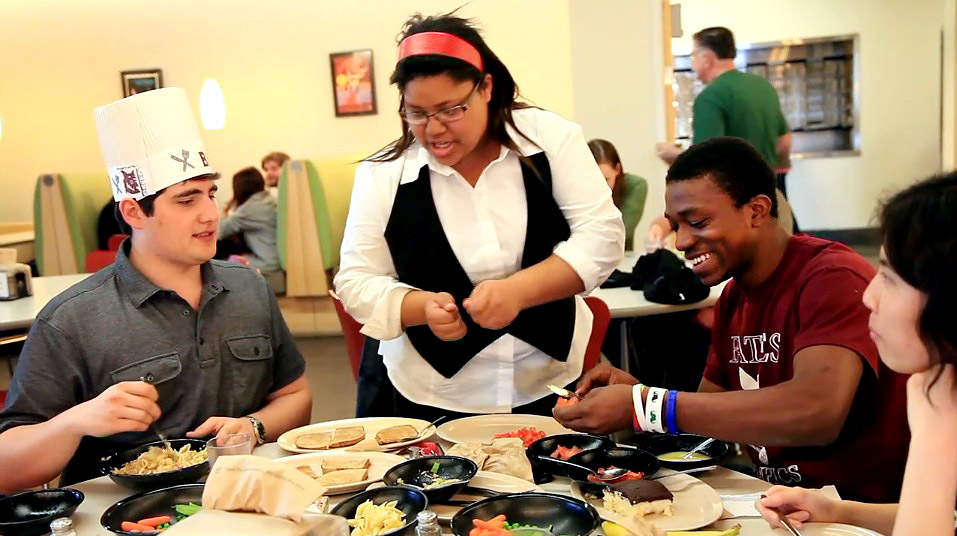