You hear the word “endowment” and you probably think “college.” 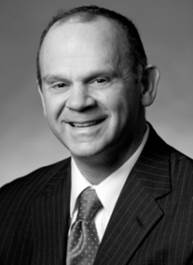 But Walter Dillingham ’82 reminds us that other non-profits have endowments too, like libraries.

Dillingham, managing director for endowments and foundations at Wilmington Trust, has coauthored a study of 1,300 library foundations that support public and presidential libraries.

According to a story in Pensions & Investments, the estimated combined assets of library foundation endowments is between $2.5 billion and $3 billion.

Located in New York City, the New York Public Library and the Morgan Library and Museum have the largest library endowments, with $1.1 billion and $156 million, respectively.

The library endowment report is significant, reporter Barry Burr writes, because it “cracks open the books on a little-examined asset-owner segment” of the endowment world, thus “shedding light on an area for prospecting for investment management services.”

“We expect these foundations to grow.”

The library endowment figure is dwarfed by the total dollars of U.S. college endowments, pegged at about $448.6 billion, according to the most recent study by the National Association of College and University Business Officers of 835 colleges and universities.

Says Dillingham, “We expect these foundations to grow as fundraising becomes more important…. How they manage assets is important.”