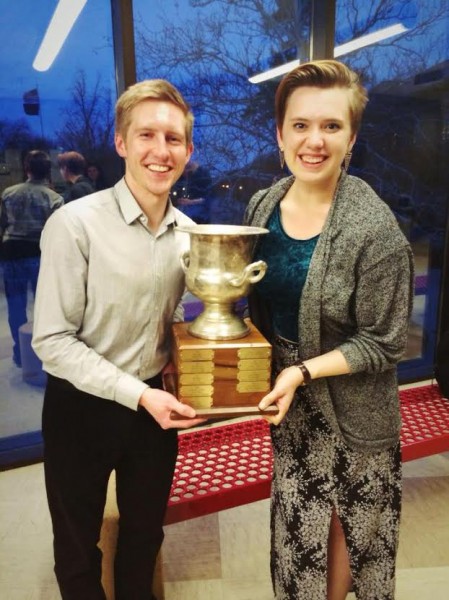 In the final round, Blackburn and Stewart went up against teams from Yale, Cornell and Loyola Marymount.

The resolution, timely in the context of world events, was “This House regrets the continuation of NATO after the dissolution of the Soviet Union.”

In the storied history of Bates debate, the victory is believed to be the first national title by a Bates varsity team, says Director of Debate Jan Hovden.

“Jac and Taylor put forth a tremendous effort to win the national title,” Hovden adds. “Their performance was stunning.”

Blackburn and Stewart, who hail from Atherton, Calif., and Keene, N.H., respectively, weren’t the only members of the Brooks Quimby Debate Council who made the garnet glow at Purdue.

In fact, all four Bates teams that entered the championship tournament advanced to the quarterfinals.

The squad’s “overall level of competitive success” at the UDC tourney might be just as big a story as Stewart and Blackburn’s win, Hovden says.

Matt Summers ’15 of Short Hills, N.J., and Stephanie Wesson ’14 of Mont Vernon, N.H., made the semifinals, while the quarterfinal teams were Ben Claeson ’15 of Bangor, Maine, and Emily Schwalbe ’14 of Concord, N.C,  and sophomores Sasha Grodsky of Watertown, Mass., and Shannon Griffin of Philadelphia.

“It was a tremendous team effort to reach this level of success, and I couldn’t be prouder of the team,” Hovden says.

In winning the championship, Stewart and Blackburn topped some 300 other debaters from top-ranked U.S. programs.

“The BQDC demonstrated its extraordinary depth this past weekend,” said Stewart. “We are a close-knit team, so it was exhilarating to see friends and teammates succeed at USU.”

Not to mention alumni: Colin Etnire ’12, now in graduate school, was on the Loyola Marymount team in the finals; his team placed second.

Blackburn and Stewart’s victory in the British parliamentary style UDC tournament concludes a season that saw the pair rock the BP debate circuit.

(Bates participates in both American and British parliamentary debates. In AP debates, a two-person team argues in support of the motion, and a two-person team opposes it. The British style doubles the fun, with two teams on each side of the motion. Besides the format difference, British debate can be faster-paced and more strategy-focused.) 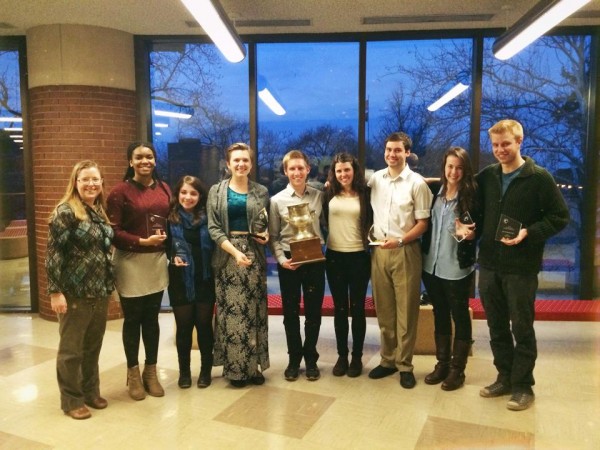 “Debating with Taylor this year has been a pleasure and tremendous learning experience,” said Stewart. “I’m excited to see how she and the rest of our growing team fare next year.”

In January, the pair went on to the World Universities Debating Championships in Chennai, India, where they were ranked 21st in the world — where, too, Summers and Wesson finished at 39th.

Summers and Blackburn finished the season as the fourth-ranked APDA team, posting top-five finishes at the largest, most competitive tourneys the nation, including tournaments at Harvard, Columbia, Brown and Boston University.

And the newbies are coming on strong.

Zoe Seaman-Grant ’17 tied as the fifth-place novice of the year in the U.S., while Matt Kahn ’17 finished as the eighth-ranked novice debater of the season. The team of Seaman-Grant and Kahn won the BU Novice Tournament last fall and placed in the top five at the Vassar, Brown and Brandeis tournaments.

“Only a few debate programs follow the Bates model of accepting and training all interested students,” said Stewart. “It has been incredible to go from never having debated to learning to perform at the highest levels. 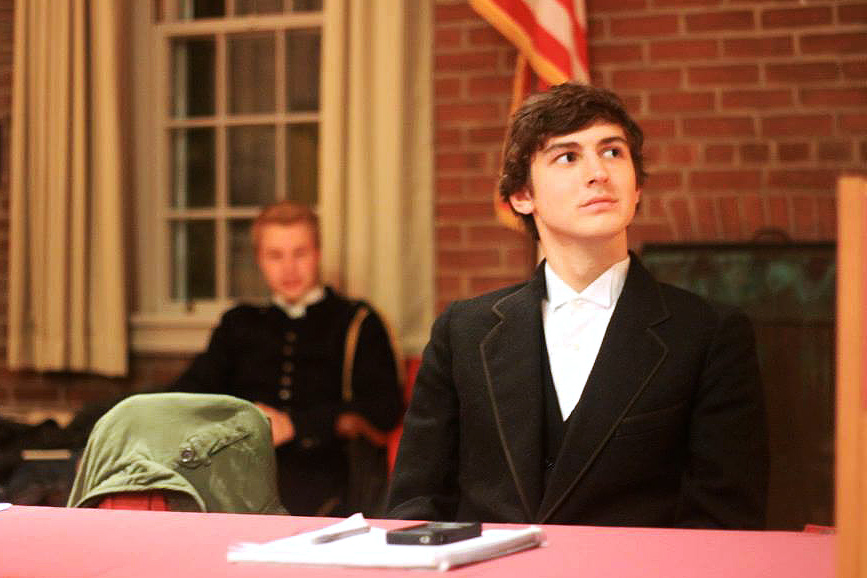