Bates debate, ranked ninth in the U.S., looks ahead to Worlds in January

Taking the concept of “away game” to the extreme, Bates’ legendary Brooks Quimby Debate Council will send three teams to Malaysia in January to compete at the World Universities Debating Championships.

And the chance to head halfway around the world is a suitable capstone on a fall season that had Bates debate aficionados over the moon. 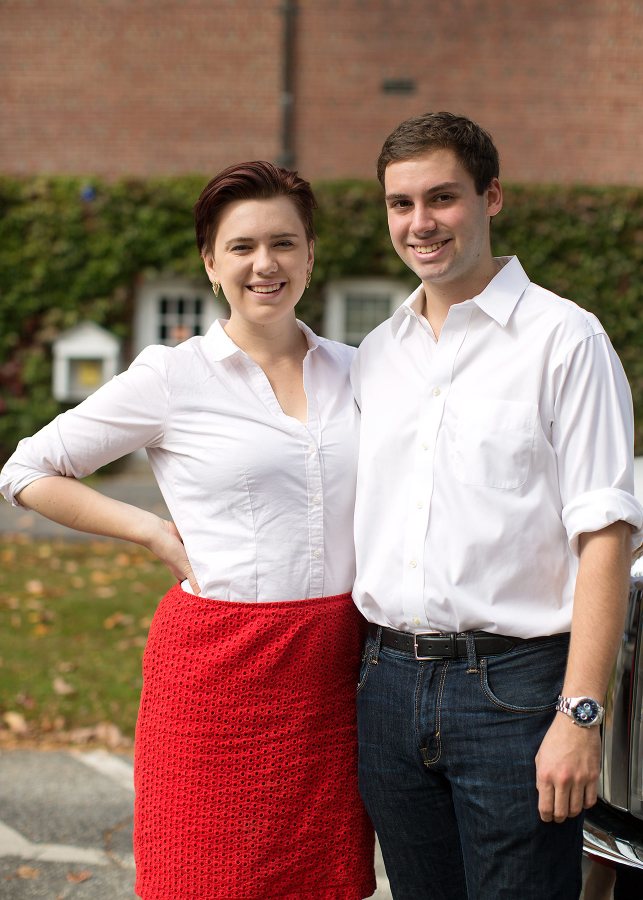 The team of Taylor Blackburn ’15 and Matt Summers ’15 is among the most prominent U.S. teams heading to Malaysia in January for the World Universities Debating Championships. (Phyllis Graber Jensen/Bates College)

Bates competes on two parliamentary debate circuits, the British (or World) circuit and the American one, each slightly different in rules and format.

On the American circuit, Bates finished the fall as the ninth-ranked U.S. college, just ahead of Princeton, in standings maintained by the American Parliamentary Debate Association. The team of Matthew Summers ’15 of Short Hills, N.J., and Zoe Seaman-Grant ’17 of Charleston, S.C., is ranked seventh.

On the World stage, the team of Summers and Taylor Blackburn ’15 of Atherton, Calif., “will be among the most prominent U.S. team to compete in Malaysia in January,” says Logan Pettinato ’16 of Massapequa, N.Y., Brooks Quimby vice president.

Traveling to England for the Oxford and Cambridge debates on back-to-back weekends in November, Summers and Blackburn advanced to the elimination rounds at both tourneys, the first Bates team to ever accomplish the feat. 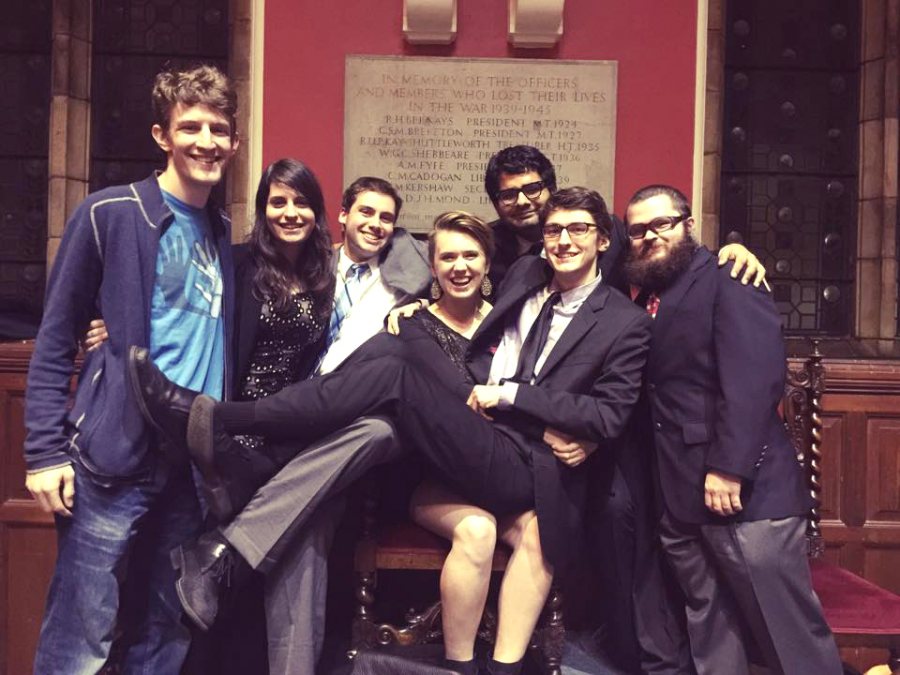 Joining Blackburn and Summers in Malaysia will be the teams of Seaman-Grant and Ben Claeson ’15, and Alex Daugherty ’15 of York, Pa. and Matt Kahn ’16 of Newington, Conn.

“Huge accomplishment for the BQDC”

Another big Bates presence at the Oxford tournament was alumnus Colin Etnire ’12, a member of the five-person adjudication team that develops motions and oversees judging.

BQDC publicity director Amit Dubey ’15 of Flushing, N.Y., calls Etnire’s role at Oxford a “huge accomplishment for the BQDC. No Bates alum has ever been a chief adjudicator for such a massive tournament.” Last year, while debating for his graduate school, Loyola Marymount, Etnire won the Grand Final at Oxford.

Meanwhile, back home on the American circuit, Summers and Seaman-Grant displaced Harvard to win the Columbia University tournament in September. The second-largest U.S. tournament, the Columbia event has been dominated by Harvard teams for several years.

Ten debaters made it to the elimination rounds at Wesleyan, a BQDC club record.

And great Bates debaters keep on coming, as Quang Nguyen ’17 of Hanoi, Vietnam, and Imad Rajwani ’18 of Karachi, Pakistan, had a solid tournament at the Northeastern University ProAm in mid-November.

“They both have learned parliamentary debate while at Bates,” notes Dubey. “Their achievement at this event signals great promise for the future growth and development of our team.”

Video: Zoë Seaman-Grant ’17 and the best part of debate