Q&A: Elizabeth Kolbert works in a horrifying and amazing era for environmental journalism 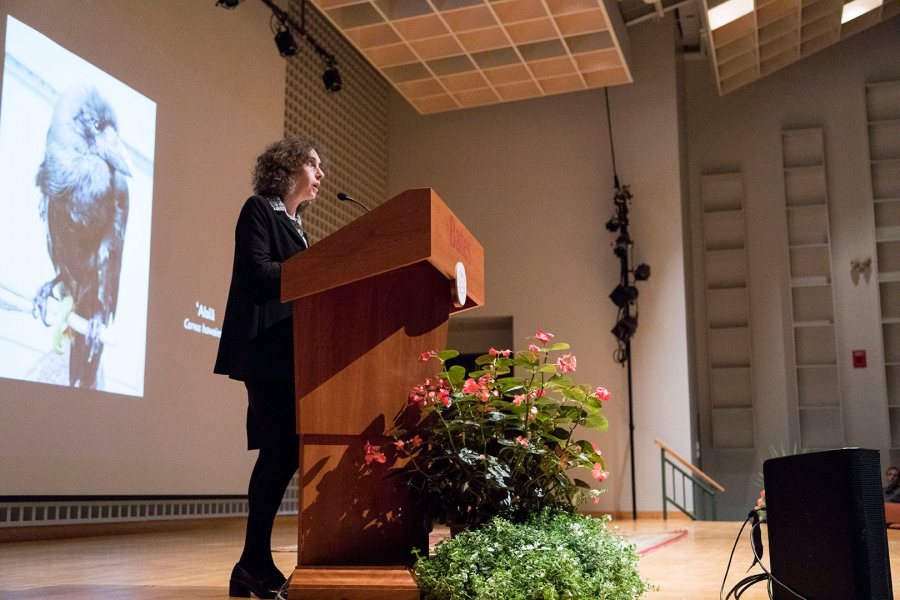 Known for her writing in The New Yorker about the environment, Elizabeth Kolbert saw her book The Sixth Extinction: An Unnatural History win the 2015 Pulitzer Prize for general nonfiction.

The book examines mass extinctions through history and focuses on the tremendous losses that nature is now sustaining because of human activity — the “sixth extinction” of the title. An especially compelling concept in the book comes from scientists who believe that we are living in a relatively new and unprecedented geological age: the “Anthropocene,” in which humanity is altering the environment on a lasting and planetary level.

Both The Sixth Extinction and Kolbert’s previous book, the influential Field Notes from a Catastrophe: Man, Nature, and Climate Change (2006), began as series for The New Yorker, for which Kolbert has been a staff writer since 1999.

The Sixth Extinction was Kolbert’s topic when she gave the Otis Lecture at Bates on Oct. 24. Here’s what she said in a brief call from her home in Williamstown, Mass., in mid-October.

How and when did you start covering environmental issues for The New Yorker?

Field Notes was a major shift in focus. I was mostly covering politics before that — in fact, I was hired by The New Yorker to cover politics. And I became very interested/concerned about climate change and did the series [“The Climate of Man”] about it in 2005. And that sort of took over my journalistic career and to a certain extent even my life.

The New Yorker has just been a great place to work because you really can pursue your interests. When I started down this road, more than a dozen years ago now, I just told my editors, “I think we ought to write something on climate change.” And they basically said, “Fine.”

So there’s a tremendous amount of freedom to pursue the stories that are important or are, alternatively, just interesting. And there’s a fair amount of latitude stylistically and narratively, so for a writer, it’s one of the few places left where those things are true. 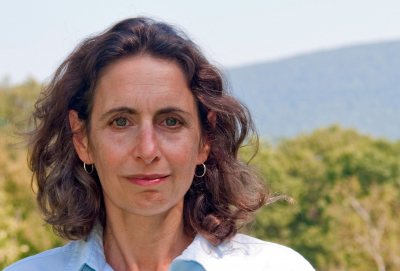 One of the endangered species you looked at in The Sixth Extinction was the Rabbs’ fringe-limbed tree frog, from Central America. “Toughie,” the last-known specimen, recently died in captivity at Zoo Atlanta, as you noted on your website. How do scientists who witness the demise of a species cope with it?

Well, I think it’s extremely painful. People who knew Toughie were pained because he was quite weirdly charismatic, and it’s very sad, it’s like a close friend has died. It’s hard to really wrap your mind around, even if you are a scientist, the idea that there are none of these out there anymore.

Joe Mendelson [curator of herpetology at Zoo Atlanta] said something like, “I went into herpetology because I like animals, but I didn’t expect it would come to resemble paleontology.”

I think that is what a lot of scientists out in the field are feeling, that they’re just chronicling all of these losses. [Mendelson reflects on Toughie’s death in The New York Times.]

Your New Yorker pieces on the environment, and the books that came from them, have gotten a lot of attention. Do you think people are getting the message about the need to address these environmental issues?

I definitely think there’s been a sort of state of awakening around certain issues — for instance this term the “Anthropocene,” which I’ve written about in a couple ways. That, I think, got people to really think about things in a new way.

“There’s always a problem in this business, as it were, that you’re preaching to the choir.”

For those who are paying attention, there are a lot of things that are much more part of the public discourse than they were even a few years ago. But they obviously haven’t made it into the political discourse, and I don’t think they’re displacing any of our other obsessions anytime soon, unfortunately.

There’s always a problem in this business, as it were, that you’re sort of preaching to the choir. Those who are interested are very interested, and they want to know more, and those who are not interested don’t want to know anything about it. And how do you bridge that gap? I don’t have any answer for that.

Last June, speaking at Williams College’s Baccalaureate, you told the seniors that you hoped that as they go forth, they would neither turn away from the truth or be paralyzed by it, and would have the courage to act without the certainty of making a difference. Does that characterize the way you have responded to the issues that you cover?

It’s certainly a set of guidelines that I try to follow. Scientists I’ve talked to all are horrified with what they’re seeing but they also think to themselves that this is an amazing time to be working.

They feel privileged to be working on something so phenomenally important, and that is sort of how I feel too. I’ve gone to amazingly fascinating places, I learn new stuff all the time — so while the underlying message is incredibly grim and depressing, the actual experience of doing the work is not depressing.

My Last Year: ‘Trying to get too much done in too little time’